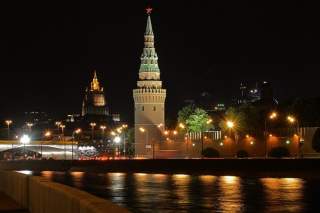 This answers a question that some may have: why dignify Matthews’ pathetic charges with a response, when he provides no evidence to support his charges against the Center and the case he tries to make is so flimsy? It might be adequate for a denunciation delivered to the Soviet KGB, but is hardly persuasive (or even acceptable) in a Western democracy. What is remarkable is that Matthews himself seems to consider his argument a convincing one. In the absence of evidence, this suggests opposition to the very idea of attempting to understand Russia’s thinking and positions as a subversive exercise.

When Harry Truman’s Secretary of State Dean Acheson looked back at his career in his memoir Present at the Creation, he described Senator Joseph McCarthy’s rabid assault on purported Communist penetration of the State Department as “the attack of the primitives.” There is also something quite primitive and repugnant in the reactions that Matthews and others like him seem to want to evoke today.