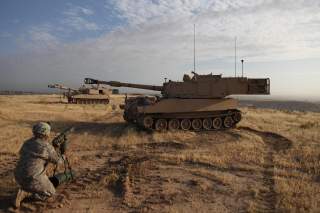 Though it’s early in the fight, indications are that ISIS is prepared to make Mosul its Alamo, and pay the tactical price on the ground necessary to achieve strategic effects. Its leadership is intimately familiar with each and every point of historic friction between each member of the coalition, and is certain to do all in its power to pit one against another in an attempt to fracture it.

The battle for Mosul has only just begun. The early moves by the coalition have been little more than consolidating lightly or undefended sections of the city’s outskirts. The real fighting hasn’t yet started. Most American and Iraqi government officials portray the battle’s successful outcome as a given and voice concern over what comes next. Those post-conflict concerns are well-founded, but assumptions of tactical success are still premature. It would be wise for Washington and Baghdad to make serious contingency plans for what they would do if the fighting bogs down or the coalition begins to rupture. Pinning all our hopes on a best-case scenario doesn’t appear to be the wisest course of action.