A Mountain of Debt: Is China's Economy Going To Crash? 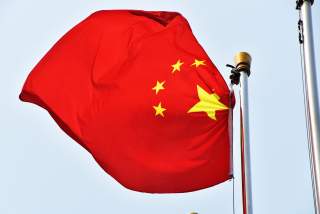 China bears have had their fears reconfirmed over the nation’s mountainous debt by none other than the nation’s central bank governor. Is the world’s second-biggest economy heading for a crash?

On Friday, People’s Bank of China Governor Zhou Xiaochuan confessed to reporters that “non-financial corporate leverage is too high. First of all, (the debt levels of) every business, especially those with leverage that already is too high, have to be controlled."

The communist-ruled giant’s credit binge has taken total debt from around 150 percent of gross domestic product before the 2008 global financial crisis, to more than 260 percent currently.

Zhou’s deputy, Yi Gang, said the growth in leverage “isn’t conducive to the sustainable development of the economy and accumulates certain risks.”

Nevertheless, the central bank boss said the process of deleveraging would not happen overnight.

“I personally think this process is relatively medium term. It won’t have very obvious results in the short term because the existing stock [of debt] is very large,” he said.

Zhou also said while measures by local governments to cool house prices would have some effect, housing loans would continue to grow quickly.

In February, China’s money supply continued to expand at a double-digit pace, with new yuan loans remaining high as banks continued to ramp up mortgage and infrastructure loans. M1, a measure of money supply, expanded by 21 percent compared to market expectations for a 16 percent rise, while the M2 money supply measure rose by 11 percent.

“Despite the government’s explicit call for deleveraging last year, credit continues to expand at a pace faster than nominal GDP growth. Specifically, rapid growth in property-related lending is increasing the concentration risk on bank balance sheets and could potentially increase instability in the financial system,” ANZ Research said in a February 17 report.

The Australian bank’s economists also pointed to the growth in so-called “shadow banking,” which reached 26 trillion yuan ($3.8 trillion) in June 2016.

“Besides the absolute size, we are also concerned with the growing interconnectedness between banks and non-bank financial institutions through the selling of wealth management products. These products are not only off-balance sheet items but also carry considerable credit risk,” the economists said.

“While household debt in China is still below 50 percent of GDP, the rise of around 15 percentage points since 2010 bears close monitoring,” they added.

U.S. billionaire investor George Soros has noted an “eerie resemblance” between conditions in China and those in America leading up to the 2008 financial crisis.

“It’s similarly fueled by credit growth and an eventually unsustainable extension of credit,” he told the Asia Society last April.

Soros is not alone in ringing the alarm bell. BlackRock’s CEO Laurence Fink has also warned investors to be worried, while Goldman Sachs has reported that China’s shadow banking sector raised concerns about its “underlying credit problems and sustainability risk.”

However, the financial news service said China’s household debt is yet to reach crisis point. At its 2007 peak, household debt in the United States reached almost 100 percent of GDP as individual borrowers speculated on real estate and other debt-fueled assets.

Chinese household savings were almost twice as large as their debt burden at the end of 2015, with most residential properties typically purchased with significant down payments.

Instead, the highly indebted corporate sector is seen as the main risk, particularly those with significant U.S. dollar borrowings, as leveraging rises while profitability falls. China’s bond market has shown increasing signs of distress, with almost triple the number of defaults in 2016 compared to the previous year.

According to the Economist, around two-fifths of new debt is now swallowed up by interest on existing loans. It now takes nearly four yuan of new borrowing to generate one yuan of additional GDP, up from just over one yuan of credit before the financial crisis.

In an October 2016 paper, International Monetary Fund researchers pointed to a high 20–25 percentage point “credit gap” in China, “comparable to countries that experienced painful deleveraging, such as Spain, Thailand, or Japan.”

According to the researchers, a credit gap above 4 percent “is a good predictor of financial crisis.” Similar credit booms have ended up in “either a financial crisis or a significant growth slowdown, or both,” they added.

The probability of a crisis increases if a credit boom lasts longer than six years, starts at a higher level of financial depth and develops faster. China meets all three criteria, the researchers stated.

While Beijing has moved to pursue capacity reduction in the coal and steel sectors, deal with 345 “zombie” firms and boost efficiency at state-owned enterprises, the IMF researchers suggest a more comprehensive strategy is required, including imposing moral hazard and improving corporate governance.

However, China’s leaders are seeking to prop up growth to ensure “social stability,” reluctant to tackle SOE and other reforms too seriously for fear of sparking unrest.

At its latest National People’s Congress, the ruling Communist party cut its growth target for 2017 to “around 6.5 percent,” down from last year’s 6.7 percent expansion, which was its slowest growth rate in twenty-six years.

According to London-based consultancy Capital Economics, China’s GDP slumped from 6 percent at the end of 2014 to around 4 percent, only improving after last year’s massive stimulus by Beijing. It sees the growth rate fluctuating between 4.5 and 5 percent in 2017, depending on the authorities’ actions.

China’s ability to manage its debt issues will be crucial, if Asia and the rest of the world are to avoid the damaging side effects.

As warned by the Economist: “The damage from a big Chinese credit blow-up would still be immense. China is the world’s second-biggest economy; its banking sector is the biggest, with assets equivalent to 40 percent of global GDP.

“Its stock markets, even after last year’s crash, are together worth $6 trillion, second only to America’s. And its bond market, at $7.5 trillion, is the world’s third-biggest and growing fast. A mere 2 percent devaluation of the yuan last summer sent global stock markets crashing; a bigger bust would do far worse.”

Governor Zhou was reportedly “in a very good mood, smiling and engaging with the deputy governors beside him as well as news journalists” at the recent press conference. Keeping that smile may prove far harder though in the year ahead.

Image: A Chinese flag flutters in the wind. Pixabay