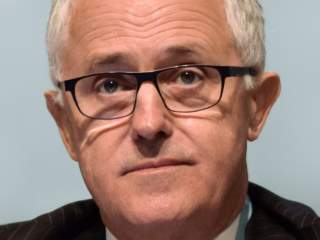 The two countries’ interests, values and perspectives are largely aligned, and support for the Australia-U.S. alliance is strong and bipartisan in each. Australia and the United States are as one on the importance of defeating ISIL, and Australia is one of the largest military contributors to the U.S.-led international coalition. They agree on the importance of an open Asia-Pacific economy reenergized by the Trans-Pacific Partnership, on freedom of navigation and on the need to maintain stability and economic development in Southeast Asia and the South Pacific. Australia and the United States work closely together to combat terrorism, proliferation of weapons of mass destruction and transnational crime, supported by intense intelligence cooperation. They have cooperated to build inclusive regional institutions, such as APEC and the East Asia Summit.

Moreover, the personal chemistry between the president and the prime minister should be good. Their worldviews are shaped by their legal training. They are socially progressive and share a personal commitment to causes such as climate change, social equality and innovation. On many issues there should be a meeting of the minds.

The Australia-U.S. alliance remains fundamentally sound, but neither side can afford to take it for granted. Maritime tensions are escalating in the South China Sea and East China Sea, terrorist threats are metastasizing at home and around the world, including the prospect of a rejuvenated extremist movement in Southeast Asia, and resources are constrained in both countries. Implementation of the U.S. rebalance to Asia continues across the Asia-Pacific, but regional countries are dubious about American resolve, consistency and staying power. Despite distractions in the Middle East, Russia and elsewhere, strengthening the alliance should be a priority for both governments.

The leaders should start with a candid discussion about potential disconnects between Washington and Canberra.

One area where Washington and Canberra have occasionally differed is over how best to respond to the rise of China and its increasingly assertive policies. The Australian government supported the recent U.S. freedom of navigation operation in the South China Sea, and recently a Royal Australian Air Force plane flew through contested maritime territory. Yet the administration was blindsided by news that a Chinese company would be given a long-term lease over strategically important commercial port facilities used by the U.S. military in Darwin; according to American officials, the matter was not raised by the Australian side at ministerial talks that took place immediately before the deal was announced. Canberra and Washington also diverged over China’s establishment of the Asian Infrastructure Investment Bank. U.S. policymakers worry that Australia’s economic dependence skews Canberra’s assessment of China’s intentions and could temper its responses when Beijing’s behavior undermines the rules and norms that support the regional order.

The president and the prime Minister also need to give renewed impetus to implementing the Force Posture Initiatives announced during President Obama’s 2011 visit to Australia. During 2015, 1,150 U.S. Marines rotated through northern Australia and exercised with the Australian Defence Force. But several rounds of negotiations have failed to resolve how to fund additional facilities needed to support expansion of the Marine presence to its agreed end strength of 2,500. Nor is there much sign of the agreed ramp-up in U.S. Air Force presence; work has not started on infrastructure enhancements required at northern Australian air bases to host increased numbers of large U.S. military aircraft.

The United States expects Australia to meet some of the costs of supporting U.S. forces in Australia, while Canberra, facing its own defense budget pressures, is loath to incur any additional financial burden. The result is an unedifying stand-off between close allies over a few tens of millions of dollars a year—insignificant when measured against the long-term benefits of the initiative to both countries, the rising challenges they face in the region and the magnitude of their respective defense budgets. Both sides need to raise their sights and refocus on the big picture.

Another area the leaders should discuss is how Australia and the United States can work more closely with Japan in light of Prime Minister Abe’s recently passed security reforms. The three countries have a track record of close cooperation—for example, in stabilization operations in East Timor, Afghanistan and Iraq, in responding to natural disasters such as the 2004 Boxing Day tsunami and in shaping regional institutions. But the relaxation of constraints on the Japanese military’s right to exercise collective self-defense, and on the export of Japanese defense technology and equipment, opens up significant opportunities to strengthen trilateral security cooperation and the ability of the three militaries to operate together.

The most pressing of these is the replacement of Australia’s current fleet of aging diesel electric submarines. Appropriately, the administration has been careful not to take sides in the intense competition among France, Germany and Japan to partner with Australia in the development of the new submarine. But senior U.S. officials and military officers are in no doubt both as to the superior capability of the Japanese Soryu class and to the long-term strategic benefits to the United States and the region of an interoperable fleet of Australian and Japanese conventional submarines equipped with U.S. combat systems—particularly in an increasingly contested maritime environment in which undersea warfare will be critical.

Australia and the United States have a long and proud history of working together in support of international peace and prosperity. It’s important to grasp the opportunity presented by next week’s summit to ensure that continues.

Dr Michael J. Green is senior vice president for Asia and Japan Chair at the Center for Strategic & International Studies (CSIS) and was a senior White House official. Andrew Shearer is a distinguished visiting fellow at CSIS. He was national security adviser to two Australian prime ministers and a senior diplomat.