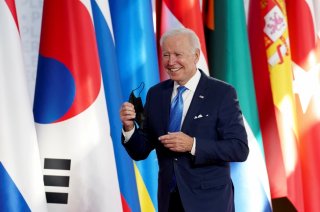 In these debates about creating or recreating multilateral bodies, four lessons from prior experiences loom large.

First, it is essential to be sufficiently ambitious, especially given the current moment of inequality, health insecurity, and climate-induced extreme weather, natural disasters, and displacement. For instance, while the U.S. Senate voted ninety-five to zero in July 1997 to express its opposition to ratifying the Kyoto Protocol, which it saw as overreaching in its commitments, the treaty soon proved to actually be insufficiently ambitious in its reliance on carbon-trading and failure to address rapidly growing emitters like China and India.

Yet as a caveat, if the time is not truly ripe for sweeping change, don’t let the perfect be the enemy of improvement. The Human Rights Council’s peer review mechanism and attention to atrocities (if not China’s against Uighurs) are tangible improvements that justify the decision to move forward with an imperfect solution.

Second, as learned from the failings of the ICC, constructive critiques of the GEF, and the success of the Global Fund, reform must balance getting the buy-in and active support of great powers while ensuring that countries of the global South retain agency in addressing problems.

Third, it is crucial to engage a diverse array of stakeholders, including the private sector, civil society, and representatives of the most directly affected communities. The strong track record of Gavi and the Global Fund—as well as the limitations of the GEF—demonstrate the import of involving various sectors in institutions’ design, governance, and implementation. For good reasons, this approach was mimicked by the state-centric UN in the dialogue leading to the 2015 Sustainable Development Goals.

Fourth, new or renovated institutions need to be resulted-oriented and have accountability mechanisms to ensure the trust of affected populations, local governments, and donors. The failure of the 2005 omnibus UN reforms that attempted to create a strong review of all UN mandates before their reflexive renewal is a cautionary tale. Accountable results tether international institutions to people’s prosperity, safety, and dignity more than just to the institutions’ and states’ parochial interests.

The clock is ticking in 2022 for ambitious reforms to enable the global community to address the climate crisis and pandemic preparedness. Missing the window of opportunity this year will have dire consequences. But past experience shows that in moments of crisis, the important challenge is not just acting, but knowing how to act.

Mark P. Lagon is Chief Policy Officer at Friends of the Global Fight Against AIDS, Tuberculosis and Malaria; former Deputy Assistant Secretary of State for International Organization Affairs; and co-editor of Human Dignity and the Future of Global Institutions.

James Gannon is Senior Fellow at the Japan Center for International Exchange (JCIE/USA).