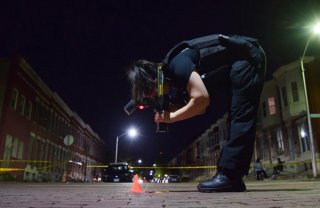 By the time the coronavirus pandemic was preparing to celebrate its one-year anniversary of wreaking havoc in America, the extraordinary had evolved into the ordinary. People were no longer panicked about the possibility of dying from the virus even though they came into close contact with it in the grocery stores and other crowded spaces, even though nearly half a million Americans had already died. The apathy they embraced had turned into poison. And, as anyone knows, poison is best served chilled with a splash of Sprite and a maraschino cherry in a dark, crowded bar.

Winter had come to visit during this abysmal hour and it brought with it the hope of transition. People had begun to look toward a future where they could return to some form of normalcy. This hope had been planted in their hearts by the pharmaceutical companies that had taken up the task of creating a vaccine to battle the virus back into the abyss of history books that the People’s Republic of China would inevitably ban from the internet. Some of those vaccines were finally available to the at-risk elderly and America’s essential workers. Promises had been made along the way that they would soon be available to more members of the public. In mid-February, President Joe Biden announced that his administration had purchased an additional two hundred million coronavirus vaccine doses and expected to receive them by the end of July. The promise of a somewhat normal future helped create the apathetic poison that they had learned to drink because it was available to them during the country’s stay-at-home happy hour, which had kicked off right as the virus was beginning to mutate into a faster killer. 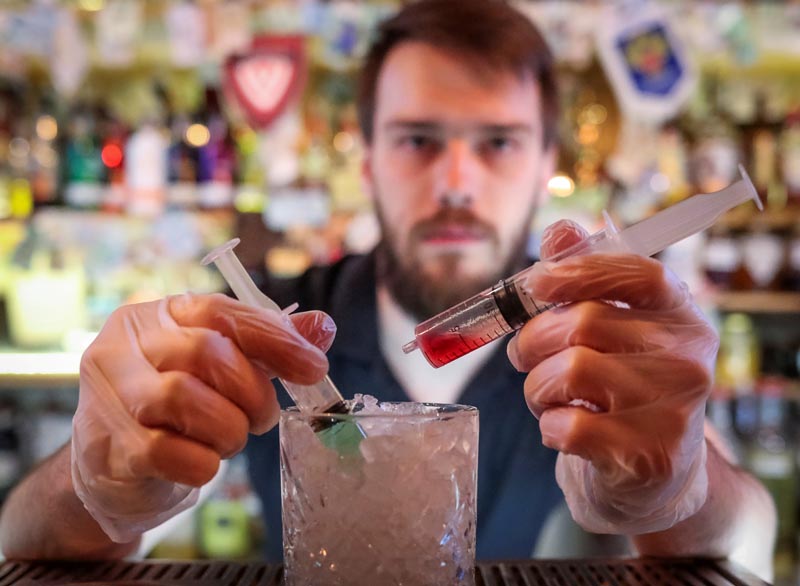 In Baltimore, where local politics and crime statistics often overshadow even the happiest of summer days, other things seemed to be changing alongside the virus. The crime patterns that the police had grown somewhat accustomed to navigating—the ones that they could somewhat predict to recur every few weeks—appeared to be creating the occasional mutant anomaly. Towards the end of January, after the city had endured fourteen months of ATM thieves stealing dozens of money machines, the preferred get-temporarily-rich-quick gamble of the somewhat organized and ruthless gentleman, there was an extraordinary crime. On Jan. 30, instead of taking one of the pay-per-withdrawal ATM machines in the middle of the night and cracking open its plastic husk to see if there were any dollar bills in its money box, criminals tried a new tactic and targeted a man who refilled the machines during the day. They shot and killed fifty-eight-year-old Kenneth Gerstley outside of a convenience store under the bright morning sun that had risen above the cold streets of southwest Baltimore. In the end, near the spot where he had once stood beneath that sun, going through the motions of existing without knowing that it would be his last day to exist, firefighters used the freezing mist from a water hose to wash away the dark moment that had embraced him. 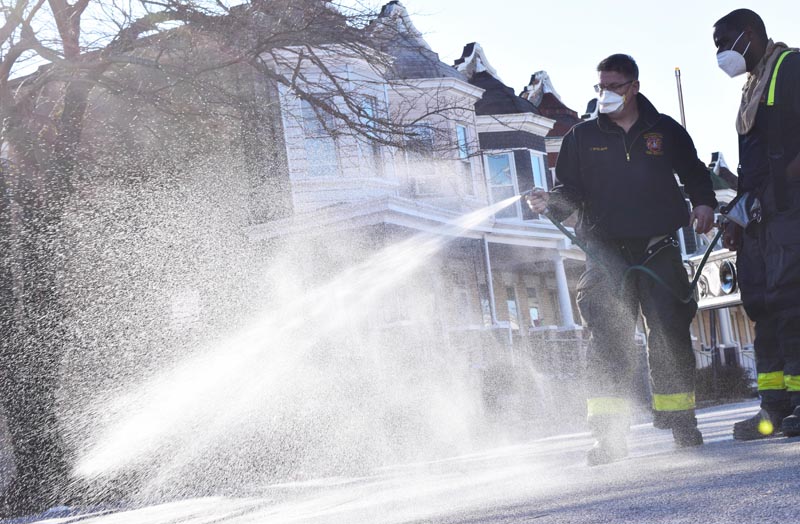 It wasn’t immediately clear whether the people who had brazenly gunned down the man who replenished some of the machines were among the ATM thieves successfully running wild and untamed around the city, addicted to the high of obtaining easy money. Sometimes, in the haze of new and limited information, when a camera isn’t able to sharply focus on a suspect’s face as it whizzes by in a getaway vehicle, it’s difficult to ascertain the past-history details of a criminal who has possibly gotten away with committing other crimes. And even when such information does come to light, it’s unlikely that a shrewd detective would share it with anyone who wasn’t involved in the investigation process. Thus, insight into the heartless transgression was limited. But what was slightly telling was how police across the city reacted in the aftermath of the deadly shooting. At the behest of the lieutenant who had been overseeing police activity in southwest Baltimore at the time when the crime occurred, police began checking on every store with an ATM. After all, people are prone to creating patterns with their personal preferences, in their love lives, and among their crimes; it was not outside the realm of possibility that the suspects involved in the shooting might commit a string of robberies. That sort of thing had happened before in Baltimore and would probably happen again. Police were already prepared for those dangers—the dangers they already knew existed—but were they prepared to counter an offshoot mutant from the evolution of a rampant crime spree? Did they have the foresight necessary to predict the occasional anomaly? 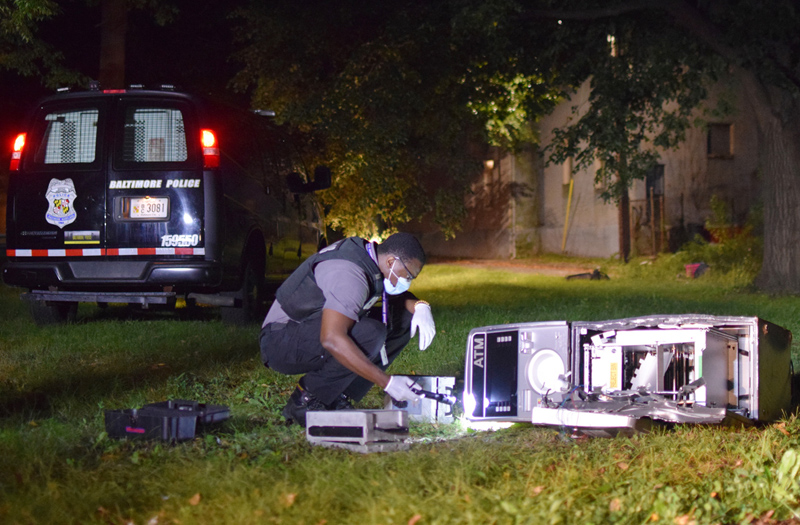 That proved to be a poignant question for the city’s first responders on that particular day. Less than two hours after the tragic shooting in southwest Baltimore, police on the other side of the city were asked to respond to a report that a security guard who was armed with a gun was acting “out of control.” That security guard, Donta Green, shot at them when they arrived at the Compare Foods Supermarket in north Baltimore. The thirty-year-old man then fled from his volatile actions, free to hide elsewhere and nurse his bitter emotions, which had been fed by rumors among store employees that one of them had his missing money in their possession. Five days later, he was killed following an exchange of bullets inside of a three-story red brick house wedged among the quiet-looking homes in one of the most violent neighborhoods in west Baltimore. The deadly exchange of fast-flying metal occurred before sunrise on Feb. 4, which is when a federal law enforcement team had been executing a search warrant at Green’s residence. Green shot a U.S. Marshal who had entered the house and someone—maybe more than one person—shot back. The injured deputy had to be put on life support following emergency surgery. He, too, wasn’t prepared for an anomaly. 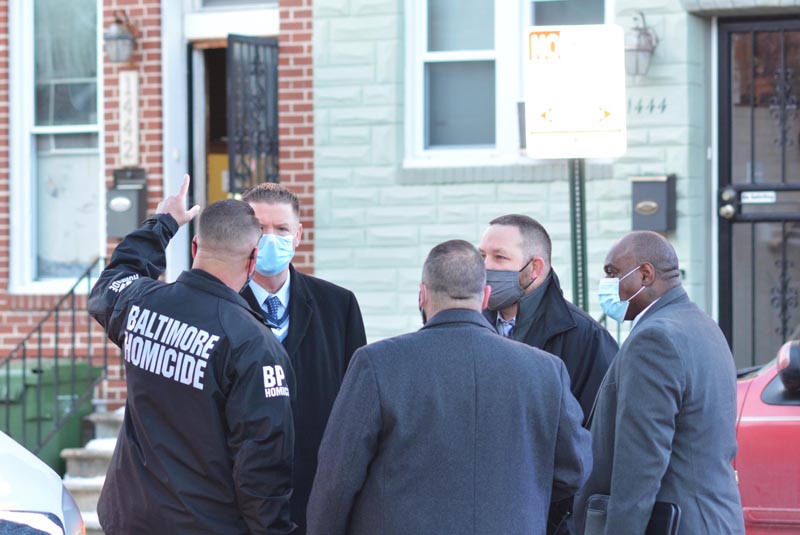 The mutants of the pandemic era were more than just faster-moving versions of the evolving coronavirus. They were the spawn of an evolving culture, the children of the uncertainty created in an environment where people had been damaged by months of isolation and desperation. Perhaps that environment was the breeding ground for the large number of get-temporarily-rich-quick gambles implemented by ATM thieves who sometimes taunted store clerks by taking the ATMs right in front of them. Maybe that environment created the dark path that Green walked down when things started to go wrong in his life. And if so, then how does a city counteract an evolving culture that serves as a seedbed for offshoot mutations that are free to sleep beneath its skyscrapers at night?

It was a question that no one could answer.