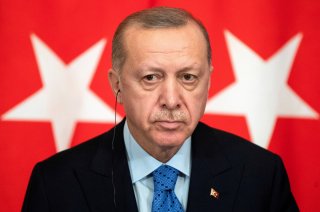 For more than ten hours, from Oct. 9 to Oct. 10, Russian foreign minister Sergei Lavrov presided over tough and grueling negotiations between Armenian foreign minister Zohrab Mnatsakanyan and Azerbaijani foreign minister Jeyhun Bayramov. The talks focused on ending the recent war over the breakaway republic of Nagorno-Karabakh (known by Armenians as Artsakh). They resulted in a humanitarian ceasefire and a commitment to further peace talks. It seemed to be a remarkable feat for Moscow’s veteran diplomat. At the time of this writing, the ceasefire has “largely held,” albeit by a thread.

The war over Karabakh is new. The conflict, however, is not. Its complex origins can be traced deep into history, but the more contemporary conflict dates to the 1980s when Mikhail Gorbachev embarked on reforming the Soviet Union. In response to Gorbachev’s call for glasnost and perestroika, the Armenians of majority-Armenian Karabakh, then autonomous within Soviet Azerbaijan, sought to unify their region with Soviet Armenia. Peaceful demonstrations in Yerevan and Stepanakert were met with anti-Armenian ethnic violence in the Azerbaijani town of Sumgait, not far from Baku.

Tensions rose and further clashes between Armenians and Azeris ensued, exploding into open warfare by the time of the Soviet dissolution in 1991. The war led to death, destruction, and destitution on both sides. A Russian-brokered ceasefire in 1994 left the Karabakh Armenians in control of much of Karabakh, as well as seven districts surrounding it, providing direct borders with Armenia and Iran. The ceasefire regime has tenuously kept the peace since then, but the area has seen periodic outbursts of violence, including the Four-Day War of 2016.

The current war represents the most serious escalation of violence since the early 1990s. Unprecedented both in scale and ferocity, it was unleashed by Baku, with unparalleled support from Turkey, in the early morning hours of Sept. 27. What motivated such a massive attack on Karabakh by Azerbaijan? It was no secret that Azerbaijani strongman Ilham Aliyev was dissatisfied with the Karabakh negotiation process, having called the negotiations “meaningless” on more than one occasion. Over time, the increasing belligerence in Aliyev’s rhetoric was matched by the increased acquisition of powerful weapons, due exclusively to oil revenue windfall. However, a much more significant dimension warrants our attention—the factor of Azerbaijan’s powerful ally, Turkey and its newfound regional messianism with a geopolitical agenda to match.

There is significant evidence that Turkey is the main instigator of the current Karabakh war. The country has been involved in every step of the way from the preparation to the execution of the Azerbaijani war plan. Satellite imagery of Azerbaijan’s Ganja International Airport from the New York Times revealed the presence of Turkish F-16 fighter jets, to which Aliyev later admitted in an interview on CNN. According to Yerevan, these jets were used by Turkey against Armenian forces early in the war. Moreover, according to credible media reports and assessments by French and Russian intelligence, Turkey has been busy shuttling mercenaries and jihadists from Syria and Libya into the conflict zone, including members of the Syrian Nusra Front. However, Ankara’s foray into Karabakh is only the latest episode of its imperial adventurism. Whether picking fights in the Mediterranean Basin, laying claim to Jerusalem, or stifling his opposition at home, Turkish President Recep Tayyip Erdogan has made his geopolitical ambitions well-known. His bullish intervention in Karabakh risks transforming a localized interethnic conflict into a major regional war, if not a world war.

By throwing his full weight behind Azerbaijan, both diplomatically and militarily, Erdogan has managed to catch Russia off guard in his effort to establish a foothold in the Caucasus. The Turkish president made his intentions clear in a July 2020 speech in which he declared that it was up to him to continue the mission of the Ottomans in the region. Some observers interpreted his remarks as a not-so-veiled threat against Armenians in the context of the Armenian Genocide. However, his ominous statements refer less to 1915 and more to another related historical event, no less traumatic for Armenians—the Ottoman military invasion of Transcaucasia in 1918. In that episode, the Ottoman Empire sought to stake out a claim to the Caucasus amid the ongoing Russian Civil War.

Erdogan seeks to revive this historical claim to the region, against the backdrop of his recent conflicts with Russian president Vladimir Putin in Libya and Syria. He has openly described his total support for Azerbaijan as part of Turkey’s quest for its “deserved place in the world order.” His aim is to use a new war in Karabakh to send a message to Moscow and, if possible, to undermine Russia’s historical influence in the Caucasus and even to potentially supplant it with Turkish influence. Iran, too, is the target of this latest brazen move by Erdogan. As Ankara’s détente with Moscow vanishes in the sands of North Africa and the Levant, Karabakh presents Erdogan with an opportunity of a lifetime to turn a barrage of insults into a barrage of injuries.

Ankara first tested the waters for intervening directly in the Karabakh conflict on the Azerbaijani side during the 2016 Nagarno-Karabakh conflict. The context was Turkey’s rivalry with Russia over the Syrian Civil War and the shootdown of the Russian Sukhoi Su-24 aircraft over Syrian airspace. At the time, Russian prime minister Dmitry Medvedev accused Ankara of “adding fuel to the fire” over Karabakh. This was a mere dress rehearsal for what was to come. An ill-fated Azerbaijani attack on Armenia’s northeastern province of Tavush in mid-July 2020 resulted in a cross-border skirmish that would claim the life of  Azerbaijani’s Maj. Gen. Polad Hashimov. The anger over Hashimov’s death, combined with both the dwindling oil revenues of the self-styled “Dubai of the Caucasus” and economic decline from the coronavirus pandemic, led Baku to turn to Ankara. Embittered by his own economic woes and geopolitical setbacks elsewhere, Erdogan was only too eager to help. Together, Turkey and Azerbaijan held joint war games in Baku and in the strategic Azerbaijani exclave of Nakhichevan, adjoining Armenia and Iran.

The exercises, involving various artillery and air-defense systems and a coterie of Turkish F-16 jets, did not go unnoticed in Moscow. In late September, only days before Azerbaijan launched its assault on Karabakh with Turkish support, Russia conducted the Kavkaz-2020 war games. Held in the North Caucasus, these games involved the military forces of Armenia and other ex-Soviet states. Although Baku was slated to participate as an observer, Aliyev spurned Moscow’s invitation due to the Karabakh conflict. Baku was also likely attentive to those Kavkaz-2020 exercises carried out in the Caspian Sea, especially that of the Caspian Flotilla amphibious assault.

As the attention of the international community lingered over the pandemic, the time to strike seemed right to Ankara and Baku. On Sept. 27, the first reports of aerial bombardments on Stepanakert began to appear on Armenian Telegram channels followed by breaking news reports in Armenia, Azerbaijan, and curiously enough, Turkey. Significantly, a Turkish TV reporter began live reporting from one of the areas touched by the war within a space of one hour. As the war began, Azerbaijan’s objective was to surround the territory of the former Soviet-era Nagorno-Karabakh Autonomous Oblast (NKAO), attacking from the northwest, the southeast, and the northeast. Baku’s offensives on the northwest aimed at retaking the strategic districts of Kelbajar (Karvachar) and Lachin (Berdzor), which provide Armenia with a critical overland link to Karabakh. However, the impassable terrain of the Murov (Mrav) mountain range, combined with stiff Armenian resistance, led to heavy casualties for Baku.

Azerbaijan has fared only slightly better on the southeast front, along the Araks River and the border with Iran, where their main objective has been to retake the towns of Fizuli (Varanda) and Jabrayil (Jrakan). Unlike the northwest, the lowland geography of the southeast is more familiar terrain for Baku. However, even in this area with its more suitable physical conditions, Azerbaijan has encountered stiff Armenian resistance, resulting in heavy casualties and failure to obtain its military objectives. A similar situation has developed in northeastern Karabakh, near the city of Martakert, where the village of Talish has become the main bone of contention between Baku and the Karabakh Armenians.

Frustrated by the failed offensives, Baku and Ankara resorted to punishing the recalcitrant Karabakhians by shelling cities and towns and targeting civilians. Perhaps no city has suffered more from the new war than the Karabakh capital, Stepanakert, named for the Armenian revolutionary Stepan Shahumyan. Since the start of the hostilities, the denizens of this mountain town have faced a barrage of shelling from Azerbaijani forces, with active Turkish support. So relentless have been these attacks that the name “Stepanakert” has now become synonymous with the tragedy and senselessness of this war, fueled by the ambitions of the leaders in Ankara and Baku. Due to the ruthless and indiscriminate bombing, the citizens of the city have been driven into underground shelters and into despair. Those fortunate enough to flee the carnage have found refuge in nearby Armenian cities, such as Goris and Kapan, and further west in Yerevan. The strategy of deliberately targeting civilians comes directly from the playbook of Mr. Erdogan. As Amnesty International has reported, he has used this precise strategy repeatedly against the Kurds in his own country and in Syria and Iraq.