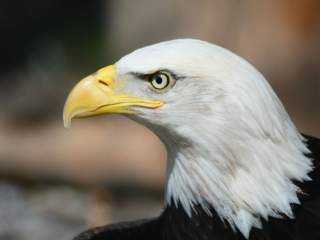 Jacob Heilbrunn: Both Donald Trump and President Obama seem to have one thing in common: they complain about “free riders”—our allies in Europe and Asia that are relying on the American military to protect them rather than spending on their own defense. What’s your take?

Richard Burt: I do agree with those who argue that one of our great advantages is that we have a number of allies, and some of them are themselves strong, both in Europe and in Asia. At the same time, I agree with Donald Trump that there is a free-rider problem. I just noticed today, for example, an editorial in the Financial Times where Nicholas Burns, a former ambassador to NATO, notes that the United States contributes about 75 percent of NATO’s defense budget. But then he goes on to argue—well—there’s nothing really new in that. We’ve done it for many years, so that’s the price of leadership.

The reality is, that kind of equation is not sustainable. The American people are not going to be willing to pay for three-quarters of combined Western defense spending for a Europe whose GDP is larger than that of the United States. So there is a fundamental free-rider problem—both in the case of NATO in Europe, as well as Japan, South Korea and to a lesser extent Australia in Asia. The Europeans can’t have it both ways: they can’t on the one hand ask for American leadership and expect American protection and worry as they do about the threat of terrorism or—at least in parts of Europe, Russian aggression—and at the same time spend a vastly smaller portion of their budget than the United States does. Germany, which is of course the strongest economy, the strongest country in Europe, spends just a little over 1 percent of its GDP on defense, while the United States spends almost 4 percent of its GDP. So over time, that equation has to change.

I’m a supporter of American alliances because they do enhance our power worldwide, but if our allies aren’t prepared to bear the necessary burdens and take steps that strengthen U.S. security, then we will have a problem. I want to emphasize that point: We have allies not so we can just demonstrate our capacity to support them and thus demonstrate our status as a superpower; we have allies because we believe that it strengthens our international position. But it’s becoming increasingly difficult to make that case to the American voter. And Donald Trump has tapped into that growing recognition amongst the American population.

Burt: I see Hillary in this case as a kind of voice for the conventional wisdom.

Burt: I think she reflects the Washington think-tank consensus laid out in Jeffrey Goldberg’s Atlantic article that Obama is resisting. She is what I would call a liberal interventionist. While not a neocon, she is clearly willing to use American power, and, where necessary, pursue a unilateralist policy in order to promote not American interests so as much as American values abroad.

Burt: If you see the sorts of things that Strobe has been saying recently about Vladimir Putin and Russian foreign policy, it’s become increasingly difficult to distinguish between Strobe Talbott and Robert Kagan. So one thing that has happened politically in the last twelve months—as Republicans have begun to have very serious second thoughts about a kind of neoconservative-driven foreign policy and as more and more Republicans either support a policy of greater realism or nationalism—is that neoconservatism is looking for a new home. Indeed, as politicians like Donald Trump and Ted Cruz have adopted more policies of foreign-policy realism or nationalism, and as Republican candidates like Marco Rubio and Jeb Bush, who really reflected the dominant neoconservative school of thought, have fallen by the wayside, the neoconservatives may be forced to find a new home in the Democratic Party.

Heilbrunn: How do you rate Angela Merkel’s performance over the past year? Did she become, unusually for her, giddily optimistic about integrating refugees from Syria, and has her policy boomeranged?

Burt: In effect it has. I think Angela Merkel may be an example of where the Europeans have begun to believe the idea that the EU is a “soft-power” superpower too seriously. I think her well-meaning open-door policy towards migration has certainly proved to be politically wrong in Germany itself, because it’s fed the more ethnocentric elements in the populist right in Germany, but also, in the aftermath of Brussels, I think it has also shown that the Europeans have conspicuously failed to protect their own borders. She’s an astute enough politician in Germany to kind of correct those earlier mistakes, and there’s nobody on the horizon in Germany at this point that can really challenge her.

Ultimately, Merkel is a pragmatist who can be hardheaded; she was certainly hardheaded in dealing with the Euro crisis and won support within the CDU party for that attitude. And the Germans, generally speaking, on the issue of terrorism, have become much more vigilant and hardheaded. But the challenge isn’t just for Angela Merkel now. The challenge for the broader EU in dealing with the threat emanating from the Middle East and the instability there is to develop a clear, enforceable EU border policy. The idea that over a million people can pitch up in Greece or Italy and then the Europeans will figure out what to do with these people, in retrospect, I believe, is a huge strategic mistake. And so rather than simply focus on better antiterrorism tactics in the aftermath of Brussels, the Europeans really need to have, in my judgment, a broader debate about protecting Europe’s borders.

Heilbrunn: Speaking of protecting borders, the British are going to vote on Brexit. What is the likelihood of a British exit?

Burt: Until very recently I thought it was very implausible that the British would vote to leave the European Union. We are talking, after all, about the most practical and pragmatic people in the European Union. And I also believed that David Cameron, in particular, not only staked his own reputation on keeping Britain in the EU, but I think he also understood that a vote for Brexit would probably lead then to the breakup of the United Kingdom, because that would then provide a new and stronger rationale for Scottish independence. And so does Cameron want to be the guy who a) took Britain out of the EU and b) triggered the breakup of the United Kingdom? I don’t think so. That said, I have a sense—and it’s nothing more than a feeling—that unless Cameron is able to pull a rabbit out of the hat, it’s very likely that the British will vote to leave the European Union.

Will that be a catastrophe for the British? Probably not. They are adaptable and intelligent enough to work out the necessary relationships with the EU, with other European countries and with the United States to be able to continue to play the unique role they have played in the Western world since the end of World War II. Brexit would have very serious implications for Europe and the European Union, because without the stabilizing influence of Britain—and the focus the British have traditionally placed on the single market, which is really the one great success story of the European project—the continental Europeans are likely to continue to kind of engage in a rather mindless process of institution building in Brussels. In the long run, it is losing public support and it could threaten the European project. A Brexit would also be a blow for American interests because the British are not only an important European ally, but they’ve served as an important voice of support for American policy within European councils; the British are best positioned to explain Americans to the rest of Europe.

Heilbrunn: Europe has another problem: Russia. Where’s the relationship between Germany and Russia, the EU and Russia, headed—particularly as regards Ukraine?

Burt: We’re going to see very shortly an important decision that the Europeans will have to take in June on the question of whether they’re going to continue the sanctions that the EU and the United States put in place in response to the Russian land grab in Crimea and their intervention in eastern Ukraine. Again, there are conflicting signals of where the Europeans are going to go: the Germans will play a dominant role here. I suspect on that issue that there probably will be some sanctions that will be lifted, probably not the most important ones—the restrictions focused on Russian financial access to Western markets—but I think there will be some lifting of sanctions to send a signal to the Russians that at least some Europeans (including the Italians and the French) want to get back to business as usual. But I don’t worry so much about the kind of traditional fear that the Germans want to work out some sort of special relationship with Russia. I think the Germans are much more realistic now about both Putin and the Putin regime than they were five years ago.