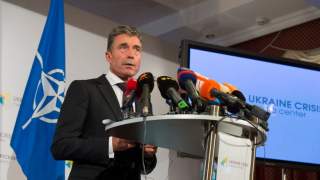 The NATO summit in Wales September 4-5 will hardly change the alliance’s nuclear policy and posture, but the debate about withdrawal of US tactical nuclear weapons (TNW) from Europe, which has dominated the scene for more than five years, can be considered effectively over. During the next year – until the next summit – the debate will evolve in the opposite direction: some members of the alliance will insist on increasing reliance on nuclear weapons while others will defend the status quo.

The current policy was defined by the 2012 Defense and Deterrence Posture Review (DDPR), which papered over the rift between alliance members who sought the withdrawal of US TNW and those that insisted on keeping them. The compromise language could survive for quite a few years – until the time came to spend (or not to spend) money on replacement of dual-capable aircraft (DCA) to maintain the ability to deliver these weapons.

In the wake of Russia’s interventions in Ukraine, NATO is forced to revisit nuclear policy and posture several years earlier than anticipated. There is little doubt now that US TNW will remain in Europe for the foreseeable future. Calls for their withdrawal have lost much of their appeal, even in states that advocated the withdrawal or had intense debate about the wisdom of their presence in their territories.

The unfolding debate is further complicated by the suspicions that Russia is developing land-based intermediate-range missiles (i.e., with ranges between 500 and 5,500 kilometers), which were banned by the 1987 US-Soviet Intermediate-Range Nuclear Forces (INF) Treaty.

Paradoxically, accusation of violation has made Russian abrogation of the INF Treaty less likely. It is one thing to withdraw from a treaty that is outdated and no longer perceived to be in national interest (as the United States claimed when withdrawing from the 1972 Anti-Ballistic Missile Treaty in 2002) and quite another to withdraw after being caught cheating.

It is not in the nature of NATO to make decisions of that magnitude quickly. The Wales summit will likely launch a new stage of the debate about future nuclear policy and we will hardly see any decisions before the next summit in 2015.

Finally, Russia will not be a passive outsider waiting for NATO to make up its mind. It has already announced that the 2010 Military Doctrine will be amended; many expect that NATO (not just its enlargement to the East) will now be openly classified as a threat. While the Russian counter-response to NATO’s response will likely be concentrated in conventional weapons, it is not unthinkable that in a more extreme version it could include such measures as deployment of short-range Iskander missiles equipped with nuclear warheads in Kaliningrad Oblast (and exclave of Russian territory between Poland and Lithuania), from which it can reach the planned new major NATO base in Szczecin, Poland.

The range of options available for NATO is quite narrow:

- Reaffirm the present policy and limit itself to a rhetorical statement;

- Commit to replacement of the ageing B-61 bombs with a new version (B-61-12) and to replacement of existing DCA with new aircraft by the end of this decade; this would amount to almost indefinite continuation of the present posture;

Underlying and defining the choice is the nature and extent of the perceived Russian threat to members of the alliance in East/Central Europe following the crisis in Ukraine. Some will undoubtedly argue that the new level of Russian assertiveness and the demonstrated willingness to use military power to achieve political ends amount to a radical increase in the level of threat; this point of view assumes Russia’s offensive use of military power, which might not stop at Ukraine unless balanced with credible military options. Others will likely say that the use of military power was intended to maintain a sphere of influence and prevent the eastward progression of the European Union as well as—eventually—enlargement of NATO; viewed through these lenses, Russian behavior is largely defensive and, while leading a major destabilization in Europe, does not necessarily constitute a qualitatively new threat.

In either case, nuclear weapons do not represent an adequate and reasonable military response, contrary to the claims that will be made by some members of the alliance. Assessments of the nature of Russian behavior will be primarily used for political ends – to justify greater reliance on nuclear weapons or argue against it. Yet, in terms of possible nuclear missions, the crisis in Ukraine has hardly changed anything. The tactics used by Moscow in Crimea and then in eastern Ukraine have relied on pro-Russian sentiment of a significant section of the population in the target country; troops come later, whether overtly or covertly, and then only in limited numbers and with limited missions.

Among East/Central European members of NATO, only the Baltic states can, to some extent, be vulnerable to such tactics, but the Russian communities there can hardly play the same role—the majority of Russian-speakers who wanted to leave have already left, and among those who remain, a very large portion appreciate living within the European Union with all the travel and other opportunities EU membership confers on them. Domestic disturbances could only become possible—and even then to a limited extent—if the Baltic states decide to take “preventive measures” against Russian-speaking residents and citizens and thus provoke them.

In any event, nuclear threats can hardly be credible to deter Russia from exercising the same scenarios as were used in Ukraine. These weapons are, after all, only fit to deter a major aggression—something that is hardly in the cards in the foreseeable future. Any change of NATO nuclear policy can only amount to a political message rather than a substantive response to a perceived higher level of threat.

All options except the first also have serious financial consequences. So far countries and groups that advocated withdrawal of US TNW from Europe have extensively used the argument about high costs of continued deployment and replacement of both weapons and delivery systems that is unavoidable if current posture is maintained. Moreover, countries that advocate reliance on nuclear weapons are, with few exceptions, not the countries that will host them and will have to pay. One wonders whether the new level of perceived Russian threat might be sufficient to change the opinion of the main “purses” of European NATO.

Concerns about the INF Treaty include several elements. The most visible is contained in the 2014 Compliance Report issued by the Department of State and refers to tests of an intermediate-range cruise missile, which is believed to be ground-launched. Hopefully, the upcoming high-level consultations will help clarify the issue (it was reported that Russia unofficially explained these involved a new sea-launched cruise missile), but the political damage has already been done.

There are also concerns about a new strategic missile, R-26, which was tested several times at an intermediate distance. While not legally a violation of any treaty, some suspect that its true mission is for substrategic ranges (on the other hand, the flights to shorter distances could have been simply intended to test missile defense penetration capabilities).

Furthermore, there are suspicions that the new tactical missile system, Iskander, which can use both ballistic and cruise missiles, might have a range longer than allowed under the INF Treaty. While there is no legal case against this system either, suspicions will certainly contribute to a discussion of whether and how NATO should react to the apparent unraveling of the INF Treaty.

It is well known that the INF Treaty is not held in high regard in Russia and many have advocated withdrawal from it; in fact, withdrawal could have happened at any moment in the last seven or eight years. That Treaty seems to increasingly stand in the way of Russian efforts to obtain a long-range conventional precision-guided strike capability, but if the East-West relationship further worsens, the nuclear dimension cannot be ruled out either.

Whether NATO decides to respond, remains to be seen. Any response will have to take into account financial and political limitations: a decision to develop and deploy new intermediate-range missiles would involve high costs, which the alliance probably cannot afford at the moment. Moreover, convincing European publics to accept a new deployment of nuclear weapons was difficult enough in the 1980s when the United States successfully used this plan to leverage Russia into withdrawing its own intermediate-range forces. This is virtually impossible to imagine today, not to mention that carrying out such a step could revive the very dangerous missile standoff of the 1980s, which the INF Treaty resolved. In short, new NATO deployments of the systems INF bans do not seem likely in the current circumstances.