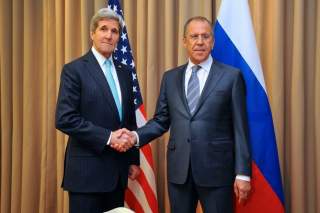 By insisting that NATO expansion is a main source of Russia’s grievance with the west, alliance critics unwittingly affirm Moscow’s right to act as hegemon. Only an expansionist, hegemonic power would insist, as Russia does, on dictating the strategic orientation of its neighbors. Clearly, had the Baltic states, Poland or other former Warsaw Pact states not joined NATO, they would now be in far more difficult straits, either internally conflicted like Ukraine, authoritarian satellites of Russia like Belarus, or something in between like Armenia. Like these unreformed, Russian-dominated states, Russia has also fundamentally failed to reform after the collapse of the Soviet Union, which is the real reason that it has been so hard to “find a place for Russia” in the post–Cold War world.

Ultimately, Russia’s “place” is in the very Euro-Atlantic institutions—NATO and the EU—with which it is at the moment in confrontation. The fact that Russia did not advance in this direction is a shared responsibility between Moscow and the West, which made a number of serious mistakes in the post-Cold War period. But NATO expansion was surely not one of them. Rather than rehash a benign, irreversible decision made two decades ago to accommodate Eastern European countries’ desire to reclaim their place in Europe, let the debate now focus on how best to galvanize NATO’s new and old members into a rock solid deterrent against further Russian aggression.