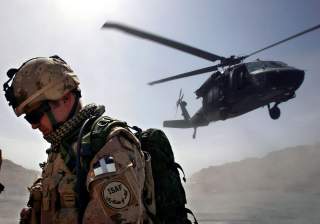 Much of the discussion around the North Atlantic Treaty Organization (NATO) alliance today, including comments by President Trump, has focused on the alliance’s usefulness to American security, and what it must do to reinvigorate itself in the face of a more assertive Russia. These comments and criticisms, including demands for more defense spending by NATO members, often miss a major point—that NATO is no longer a simple military alliance opposed to Russia, nor should it be. NATO is instead a multinational security organization for Europe and one with a number of roles to play that faces multiple threats.

Post-Cold War criticism of NATO, such as by Doug Bandow and John Mearsheimer, has accused NATO of antagonizing Russia by expanding to include former members of the Warsaw Pact and even the Soviet Union itself, taking the alliance right up to Russia's border. The first wave of post-Cold War expansion from 1997 to 1999 was described by the architect of the successful Cold War strategy of containment, George Kennan, as a "fateful error” that would provoke Russian hostility. Russia’s response was as predicted.

Moscow complained with growing bitterness about NATO expansion, especially as Russia believed it had been lied to about the nature of such expansion. The red line for Russia was crossed in 2008 when Georgia and Ukraine were promised eventual membership in the alliance. Russia could not allow this to happen, and so invaded Georgia later that year to prevent any further moves towards NATO. Moscow's meddling in Ukraine and annexation of Crimea in 2014 was similarly motivated. The subsequent decline in relations between Russia and West, now featuring election meddling and nerve gas poisonings, has been seen as a vindication of those who warned against NATO expansion. NATO expansion, however, not only provided the United States and Europe with greater security, it helped give NATO a new post-Cold War mission, one it has struggled to embrace.

The claim that NATO expansion provoked Russian hostility, while arguably valid, does not take into account the alternative. What would Europe look like today if NATO had stayed behind German borders? The shockwave of Communism’s collapse beginning in 1989 had led to political and economic turmoil throughout Central and Eastern Europe, with revolutions, breakaway states, and collapsing economies. Russia, once the region’s iron hand of stability, was neither able nor willing to step in. Eastern Europe found itself descending into its historic role as the space between powerful West European states and Russia, and to be fought over by great powers who wished to rule the world.

Facing that future, states had two choices other than moving towards NATO—returning to Russia's cold embrace, like Belarus did, or attempting to forge their own defensive path. Both outcomes would have bolstered authoritarianism and corruption, already rife in the tumultuous post-communist states. The latter option may also have led to regional conflict as leaders appealed to nationalist attitudes to secure their power bases, not unlike what happened in the Balkans. Old territorial disputes, such as between Romania and Hungary, may well have spiraled into revanchist conflicts. Elsewhere, separatist groups may have waged their nationalist wars, such as what happened in Moldova and the Caucasus. The whole of Eastern Europe could have potentially descended into ethnic cleansing, civil wars, and authoritarian and criminal regimes.

Beyond the obvious security problems for Western Europe from spillover from the conflicts, it's unlikely that Russia would have simply ignored the golden opportunity its weaker neighbors represented. If NATO wasn't going to expand, then Russia, historically obsessed with maintaining buffer states to its west, would no doubt have sought to reassert influence and control. This expansion would have brought it into conflict with NATO anyway as Russian troops returned to their old Cold War garrisons in Eastern Europe. Today we would see an empowered, expansionist Russia dominating a conflict-torn, authoritarian, and corrupt Eastern Europe. Clearly, this would be a worse outcome for America and its allies than what really happened.

By expanding into Eastern Europe, NATO gave vulnerable post-communist states ‘breathing room’ to focus on domestic political and economic reforms without worrying about their security. NATO’s decision in 1995 to require new member states have democracy, the rule of law, and protect individual liberties made it a force for promoting political reform in post-Communist states. It compelled states to choose liberty if they wished for security. NATO's decision to delay Slovakia's membership over concerns about its commitment to democracy demonstrates this policy in action. The policy also explicitly demanded new members solve ethnic or irredentist conflicts peacefully, thereby heading off potential separatist and revanchist conflicts. The expansion of the European Union alongside NATO further drove reforms and helped economies recover, with NATO leading the way while the EU consolidated the gains. Far from risking World War III, NATO expansion helps stabilize and secure Eastern Europe, protecting Western Europe and American interests.

It was in this role that NATO found its post-Cold War calling not as a military alliance, but as a security force. During the Cold War NATO had one job—deter a Soviet invasion of Western Europe. When the Soviet Union and its Warsaw Pact collapsed in the early 1990s, the alliance faced a crisis of identity, with which it struggled to find itself a new purpose. Ironically, it was during this time of uncertainty NATO carried out its first real military operations, including major actions in Bosnia in 1995 and Kosovo in 1999, as well as a myriad of smaller deployments. What almost all of these deployments had in common, regardless of scale, was that they could be classed as ‘security’ operations. Rather than defending a member of the alliance from direct attack by an external enemy, they worked to support security and stability in member and non-member countries alike. These types of operations continued with NATO taking the helm of the International Security Assistance Force (ISAF) in Afghanistan in 2006.

Despite the rise in tensions, Russia is unlikely to ever launch a massive land invasion into Eastern Europe, not least because it can’t afford to do so. Instead, Russia has relied on ‘hybrid warfare,' including information warfare and election meddling, to destabilize NATO allies and build influence. The response to this kind of assault is not more spending on conventional defense, but instead increased spending on strengthening public and civil institutions, law and order, and intelligence. Building up capabilities and alliance cooperation in these areas will not only help counter continued Russian meddling but also counter NATO's other major threat from international terrorism.

The only time Article 5 of the NATO treaty was invoked to call members to the defense of another was following the September 11 terrorist attacks, and the member being defended was the United States. NATO’s assumption of control over ISAF further committed the alliance to fighting the War on Terror, but it has been an area that the alliance has struggled to fully step into. The principal issues have been the treatment of terrorism in Europe by NATO as a problem better left to the EU, and a lack of intelligence sharing among NATO members.

Incidents like the November 2015 Paris attacks have highlighted major problems in coordinating European counter-terror responses. While some reforms occurred following the attacks, the EU has struggled to fully implement an effective European counter-terrorism strategy and intelligence network. A proposal for an EU-wide intelligence service was rejected last year by Germany, which favored continued bilateral partnerships, despite the fact it was that approach which failed in 2015. Meanwhile, with Britain leaving the EU new concerns have been raised about intelligence sharing between the United Kingdom and EU after Brexit, which will further atomize European intelligence capabilities. Given the mire in which the rest of the European defense strategy has found itself in, it’s difficult to see how the EU could implement and coordinate an effective counter-terrorism and intelligence sharing effort. What’s more, as a recent BBC investigation found, terror networks are not merely pan-European, they’re trans-Atlantic. With Europe unlikely to be able to handle the problem alone, it falls to NATO to pick up the slack and embrace its role as a counter-terror organization.

The major issue is that NATO has its own problems with intelligence sharing, and not just concerning terrorism. Most intelligence sharing between alliance members has occurred bilaterally or between Five Eyes members, not through the NATO alliance structure. The main obstacle to sharing, beyond the usual reticence for national agencies to cooperate, is the diverse range of members. Members like Romania and Albania, prone to corruption and political intrigue, are poor partners for sharing intelligence wholesale. It's also hard to imagine Greece and its historical nemesis, Turkey, sharing intelligence with one another freely. The absence of effective intelligence sharing and coordinating is hamstringing the alliance, however, even when it performs its traditional role of deterring Russia. NATO intelligence was caught on off guard by Russian operations in Ukraine in 2014, and in response the alliance established the Joint Intelligence and Security Division in 2017, specifically to help it coordinate responses to Russia’s hybrid threats and terrorism. Further reforms and greater intelligence gathering and cooperation are needed, however, if NATO is going to be equipped to meet future European security needs.