NATO Next Steps: Upgrade the Role of Finance Ministers 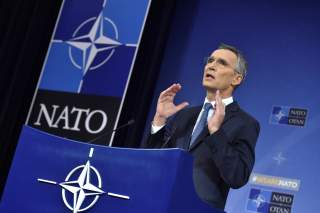 Next year’s NATO summit, slated to take place July 11–12 in Brussels, will clarify just how serious the member states are about recommitting to collective defense. The assembled heads of state will also be in a position to assess how effectively and swiftly the alliance and its individual members are implementing key decisions taken last year at the 2016 Warsaw summit and the Brussels “mini-summit.”

This will be President Trump’s second NATO summit. As the leading nation in the alliance, the United States has a duty to ensure that all parties are reinforcing and strengthening their efforts to bolster collective defense. It is critical that President Trump convinces U.S. allies to increase spending on mutual defense. Currently, the vast majority of alliance members are far from fulfilling their treaty obligations in this area—obligations that are spelled out quite clearly in Article 3 of the North Atlantic Treaty.

Beginning now, while the member nations are preparing for the summit, the Trump administration should press its fellow heads of state to include their finance ministers in their summit delegations. The addition of finance ministers would greatly increase the likelihood of meaningful increases in allied defense spending, and should be the Trump administration’s priority leading up to July.

Like U.S. presidents before him, Trump has made an issue of meager defense spending amongst NATO member states—and rightly so. Last year, only the United States and four other NATO members—Estonia, Greece, Poland and the UK—spent the requisite 2 percent of GDP on defense. Only eight non-U.S. NATO members met the equally important benchmark of spending 20 percent of those defense dollars on equipment.

The United States cannot force its allies to spend more on their own defense. That does not mean it should discontinue making the case for increases and set the stage for allied nations to be able to fulfill their commitments.

In this, finance ministries are key. In many European nations, they play a far more important role in budgeting and spending decisions than does the Treasury Department in the United States. By including them in summit discussion, the heads of state will be far more likely to gain their “buy-in” to prioritize defense expenditures over more politically appealing spending alternatives.

NATO must lock in these recent spending gains and ensure that the funds are spent efficiently and wisely on real capabilities, which the alliance needs, rather than on pension payouts. Most importantly, the alliance has to continue to see spending improvements—and not just amongst a handful of countries.

Despite recent improvements, next year more than 70 percent of NATO members will fail to reach the basic 2 percent benchmark.

To help U.S. allies cross the defense-spending Rubicon, every NATO summit from now on should include the participation of the members’ finance ministers. Giving them a seat at the table will help them find common ground. Moreover, European heads of state could enlist them as partners in explaining to the public why defense spending must be prioritized.

Improving the defense spending and capabilities of our NATO allies is surely one of the most significant outcomes the Trump administration would like to see emanating from the summit. It is an outcome that can be fully realized only with buy-in from the finance ministers. They should all be in Brussels in July.