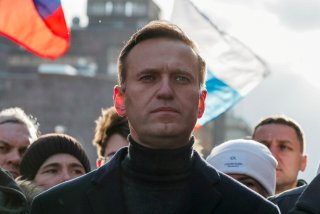 Russian anti-corruption activist and opposition politician Alexei Navalny remains in a medically-induced coma in a Berlin hospital, and his German medical team has announced the discovery of cholinesterase inhibitors in his system. These compounds, which impact the functioning of the nervous system, are found in pesticides, some medications (such as for the treatment of Alzheimer’s disease), and in nerve agents such as poisons. I am not a toxicologist, but it would seem highly unlikely to be the result of a freak accidental exposure but rather that these inhibitors were ingested or introduced into his body.

German chancellor Angela Merkel has provided Navalny with state protection from the Federal Criminal Police Office and called on the Russian government and on Vladimir Putin himself to initiate a full and comprehensive investigation into Navalny’s condition, and she has been echoed by other European leaders and the Trump administration. This latest incident fits a pattern of shadowy attacks, some of them lethal, against other people deemed to be opponents of the Kremlin, and occurs amidst the backdrop, not only of the ongoing political crisis in Belarus, but against repeated accusations of Russian malicious activity directed against Western countries, from bounties supposedly being placed on U.S. and allied personnel in Afghanistan to continued efforts to influence the 2020 U.S. presidential elections. And just after Deputy Secretary of State Stephen Biegun traveled to Moscow to confer with Russian Foreign Minister Sergei Lavrov, there was an incident between U.S. and Russian military personnel in northeastern Syria.

So will August 2020 mark a major break in relations between Russia and the West?

On the one hand, the Navalny case, along with these other developments, might mark the end of any final attempts to reach accommodations with the Putin administration. Here, an important benchmark will be whether the Navalny incident shifts the German position on the Nordstream-2 pipeline. Up to this past week, Germany has strongly criticized U.S. efforts to pressure European firms to stop their involvement with the line in order to prevent it from being completed and strengthening Russia’s capacity to bypass Ukraine (as well as increase shipments of energy to European customers). Does Navalny’s condition now give the German establishment cover to suspend the line without appearing to be buckling to Trump administration pressure?

On the other hand, particularly if Navalny recovers and appears to suffer no major injury, will the call for an investigation become the excuse for not taking action and finding ways to prevent any sanctions through meticulous application of legal principles about culpability and standards of evidence? Will there be much of a reaction at all? German commentator Jens Therau predicts “business as usual,” noting that “it is highly unlikely Germany will adopt a tougher stance on Russia or impose meaningful sanctions — just as it is highly improbable Russia will help shine any light on the Navalny case. This is a cynical assessment, granted. But these are the times we are living in.” For the German business lobby, relations with Moscow are far too important to sacrifice on the altar of moralism.

What we are most likely to see is policy deadlock. Navalny lying near death’s door in the Charite hospital, along with injured U.S. servicemen and Russian election involvement makes it impossible for any U.S. political figure to talk about the need for a new effort to engage Russia. At the same time, none of these irritants rise to the level of existential threats for the U.S. or key European partners, certainly not worth the risk of a major rupture.

In the longer run, the events of 2020 seem to signal that Russia is both gearing up for an intensification of great power competition with the United States and that the Kremlin understands it has an Achilles heel in domestic politics. But it is also showing Moscow’s willingness to raise the costs—and stakes for the West. One item that has always struck me about the reporting on the Afghan bounty story is that it challenges a core assumption of U.S. policy towards Russia—that there are certain common interests (e.g. against radical Islamic movements) where the United States and Russia will cooperate, and that Russia so needs U.S. cooperation in these areas that Washington can take positions that contravene Kremlin interests in other areas without much cost. After all, a joint anti-Taliban position was one of the foundations of the initial U.S.-Russia partnership in the days after 9/11.

We are in a classic Russian “tupik” (тупик) or dead end. It is clear that the United States will not engage with a Putin government entering its third decade, and that waiting (or even hastening) its departure and weakening its capabilities will increasingly guide the U.S. approach. For the Russian strategic establishment, demonstrating that the West has no choice but to engage with Russia under its current management—and that failure to do so will bring costs—seems to be its guiding light.