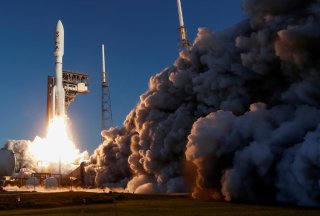 To make better progress on global norms for responsible behavior in space, the U.S. defense and intelligence communities might first consider reaching a consensus among themselves on what these norms should be. The warfighters and the collectors have different missions and priorities that have resulted in a lack of agreement on standards. Until they reconcile those differences and identify which space norms they collectively support, and which measures they want to avoid, the United States will be less likely be in a position to play a leadership role in forging international support for so-called norms. Space norms are informal rules that can include best practices to international agreements, or legally binding measures.

Since the Chinese 2007 anti-satellite test that increased by roughly ten percent a half-century of space debris in low earth orbit (LEO), the global community has called for more responsible behavior in space. More than a decade of discussion later, the broad Outer Space Treaty and a few associated agreements and conventions from the Cold War era are still the only binding pacts.

U.S. officials have recently increased their public discourse about the need for norms. For example, the U.S. Department of Defense’s 2020 Defense Space Strategy seeks to “ensure space stability” by, in part, promoting standards and norms of behavior in space favorable to United States, allied, and partner interests. Current U.S. Space Force Planning Guidance also promotes shaping norms of behavior that enhance national security and reduce the opportunity for a competitor or potential adversary to misinterpret intent. It later notes “the current lack of equivalent norms in space allows actors to operate at any location in the domain and at any distance from other spacecraft.”

Despite their inclusion in recent strategy and guidance, these views are not particularly new to U.S. space policy, further highlighting the need for new space norms tied to specific behavior.

The complexity of global politics and the growing number of civilian and commercial entities with interests in space certainly make establishing norms a challenge. But those issues are only part of the problem. In the United States, national security space (NSS) clearly supersedes civilian and commercial space interests, yet the collective NSS community does not agree on what new space norms it could support. Adding to the urgency of action is not just the need for international norms but commercial norms. This lack of U.S. government consensus is happening when many private companies have been looking to the federal government for leadership on the issue as well as on space traffic management—even as they have been developing their own informal “rules of the road” to avoid conjunctions.

To be fair, the U.S. NSS community is not monolithic. Two of the primary players are the Department of Defense (through Space Command and the U.S. Space Force (USSF)) and the National Reconnaissance Office (NRO).  While they operationally cooperate 24/365, the DOD and NRO have different missions and strategic priorities. The majority of the defense community is focused on defending U.S. interests in space against emerging threats, while the majority of the intelligence community is focused on assuring the security and effectiveness of overhead intelligence for national security. In addition, the State Department leads interactions with other nations (as well as the United Nations) on international norms or treaties, garnering input from the Office of the Secretary of Defense and the Office of the Director of National Intelligence.  Adding to the complexity, the Commerce Department also has the lead on various sectors of space commerce while NASA has expertise and equities based on their civilian space missions.

New space norms require compromise across all elements of the government. Only the full leadership chain can consent to constraints that benefit the greater national security picture. The DOD and NRO leadership chains and those for all other agencies culminate with the National Security Council (NSC) or the National Space Council. Agreement among all those players and clear direction from the White House will be required to both achieve a U.S. government consensus on new space norms and to take a leadership role, in cooperation with key allies and partners, in diplomatic negotiations on international space norms.

In the context of the new presidential administration, there is an opportunity to forge a new consensus on space norms. Such a consensus could be the beginning of a larger consensus among allies and partners and could eventually allow more formal negotiations with potential adversaries to establish binding space norms that could benefit humanity. The opportunity requires thorough analysis on what space norms clearly benefit U.S. national security and what space norms are overly constraining or unenforceable to the detriment of U.S. national security.  However, the lack of some consensus within the U.S. government seems like the least desirable path for the future, since other nations and even the United Nations are studying how to Reduce Space Threats through Norms, Rules and Principles of Responsible Behaviors that could eventually result in some norms contrary to U.S. interests.

The Biden administration could therefore opt to make forging interagency consensus on space norms a priority and could publicize their decisions. Doing so might enable the United States to be at the forefront of the global effort to establish space norms for the new space era.

Bruce McClintock is the lead of the RAND Space Enterprise Initiative, a virtual center that provides a focal point for all RAND space-related research, for the U.S. government and U.S. allies. McClintock joined RAND in 2016 after retiring from the Air Force as a Brigadier General.

Stephen J. Flanagan is a senior political scientist RAND. He served in several senior positions in government, most recently as special assistant to the president and senior director for defense policy and strategy at the National Security Council (NSC) Staff from 2013 to 2015.