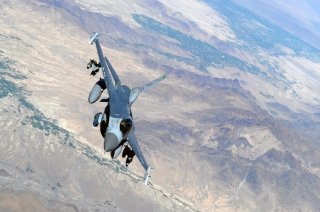 Editor’s note: The following is a transcript of a February 10 interview Zalmay Khalilzad, a member of TNI’s Advisory Council, conducted with an Iranian newspaper. After receiving Khalilzad's responses, the newspaper elected not to run the interview.

In the ISIS crisis, Baghdad has managed to wipe out terrorists from Diyala Province. Yet, the international alliance of 60 countries against ISIS has failed to liberate any key region. Why has the alliance failed?

On the contrary, the coalition has provided critical support that enabled its Iraqi and Syrian partners to contain ISIS and achieve a number of successes: rescuing thousands of Yezidi civilians in Sinjar; retaking the strategic Mosul Dam; retaking Iraqi Kurdish areas initially lost to ISIS; liberating Kobane; and pushing ISIS out of Baiji. The U.S.-led coalition has also supported the Sunni tribes and Iraqi Army across Anbar.

There have been successes by Iran-backed Shiite militias against ISIS in Diyala. However, there are troubling reports that those militias are also committing acts of sectarian cleansing to push Sunnis away from the Iranian border and to punish Sunnis collectively for the crimes of ISIS. If true, such actions will exacerbate Iraq’s problems by increasing sectarian tensions and strengthening Sunni extremism, whether on the part of ISIS or its successors. Moreover, even with successes achieved to date, there is a long way to go to achieve the goal of destroying ISIS.

Washington is aware that Iranian military advisors are active in Iraq against terrorism, but it has made no objections against their presence. Also, some members of the anti-ISIS alliance have expressed their willingness to cooperate with Iran. On the other hand, there are a number of Washington's Arab allies that are accused of backing terrorist forces in Iraq and Syria. How can we explain this paradox in Washington's Iraq policy?

Many in Iraq, and even some in the U.S., have welcomed Iran’s role in the fight against ISIS, believing Iran’s support was a tactical necessity in the face of ISIS’s rapid advance last summer. Others believe that Iranian support for Bashar Assad and sectarian policies in Iraq have contributed to the rise of ISIS. Nevertheless, the U.S. and Iran do not share the same objectives for the region. Their goals are in conflict, and that is reflected in their anti-ISIS strategies and tactics.

Iran has focused on strengthening Shiite militias instead of Iraq’s national armed forces. The actions of the numerous militias supported by Iran threaten to plant the seeds of a future civil war not only between Shiites and Sunni Arabs and between Shiites and Kurds but also in terms of Shiite-on-Shiite conflicts, once the ISIS threat dissipates. Iran exploited the struggle against ISIS to strengthen proxy militias in Iraq, thus maximizing Iranian influence. Iran has placed a well-known terrorist, Abu Mahdi al-Muhandis, who was involved in the 1983 bombing of the U.S. Embassy in Kuwait, as a liaison between the militias and the Iraqi government.

In contrast to Iran, Washington’s principal focus has been to reform and strengthen Iraq’s national army. The U.S. has also taken direct action, in the form of air strikes, against ISIS. Given Iraqi realities, Washington also supports the establishment of Sunni guard forces to fight ISIS, supports and encourages a united and modernized Peshmerga, and the disarmament of most militias and the integration of the remainder into a provincial guard in the south.

There has been symbolically important support from Arab allies against ISIS. The U.S. has been pushing these countries to do more, including enhanced controls over unauthorized flows of jihadists and resources to ISIS and contributing to a broad and comprehensive strategy to combat extremism. Whether the apparent common interest by regional powers in opposing ISIS leads to mutual accommodation and genuine cooperation to address the underlying issues of extremism and instability in the region remains to be seen.

Iran and the U.S. have no direct collaboration in the Middle East developments despite a significant overlap of interests. In Iraq, both countries support the central government and fight against the same enemy. In Syria, Washington is not acting in favor of its allies Turkey and Saudi Arabia, and refuses to realize their demands such as setting up a no-fly zone over Syria or establishing a buffer zone in the Turkey-Syria border. The anti-ISIS alliance is also not acting against Bashar Assad. In Bahrain, Washington is critical of the regime's handling of popular protests. Are these overlaps coincidental or a result of shared strategic interests? Should we expect an increasing overlap in these interests?

There is a limited overlap of interests between Iran and the United States. The main common interest lies in preventing ISIS from dominating Syria or Iraq. However, U.S. and Iranian interests diverge as well. Many in the U.S. believe Iran seeks regional hegemony. Iran props up sectarian militias in Iraq; supports the murderous regime of Bashar Assad; supports extremist groups such as Hizballah and Hamas; and pursues the acquisition of nuclear weapons, an effort which, if it succeeds, will produce a nuclear arms race in the region and even create the risk of nuclear conflict.

Also, many in the U.S. believe that the growth of ISIS is the consequence of the failure to resolve the Syrian crisis and that ISIS is unlikely to be defeated without the resolution of the Syrian crisis. There are no quick fixes for the Syrian tragedy. Syria needs dialogue between the moderate opposition and the regime to agree on a formula for a political transition that will probably have to include power sharing and decentralization of political power to secure the rights of all communities.

During a recent visit by Saudi officials to Washington, White House had advised them to solve [Saudi Arabia’s] bilateral disputes with Iran. It seems that the EU is of the same mind. Riyadh however seems to be upset about these friendly suggestions. Do you think this anger partially rises from the Saudis' disagreement with its Western allies and its willingness to see Iran's case treated as a security issue?

A principal cause of instability, conflict, and extremism is the rivalry among major regional powers. Sectarianism and proxy warfare among these powers is both cause and consequence of those rivalries. In recent times, Iran has been gaining in this competition vis-a-vis its rivals by stoking sectarian fires from Iraq to Syria to Lebanon to Yemen. Iran’s rivals have in turn supported groups hostile to Iran, including some Shiites. Many Shiites are getting killed as a result of increased sectarian tension from Pakistan to Syria. Dialogue, mutual acceptance and respect between Sunnis and Shiites, and agreement on some rules of the game among major regional powers, are essential to avoiding greater tragedies in Iraq. President Rouhani recently spoke at the Islamic unity conference about the importance of mutual respect and recognition between the sects of Islam. Those words should be backed by action that promotes consensus and mutual accommodation. At present, one sees the opposite in Syria, in Yemen, in Bahrain, and in Iraq.

From Iraq to Syria to Bahrain, Yemen, Palestine, and Egypt, the Middle East is rife with crises. Even in Saudi Arabia tensions bubble under the surface and the country may turn into the new hotspot of Middle East tensions. Most of these countries are either U.S. allies, or have seen U.S. exert its power in their territory. On the other hand, Iran has had no direct relations with the U.S. within the past 35 years and bilateral ties have been virtually tense. However, except for the economy, Iran is facing no other major crisis and is one of the most stable countries in the region. Can we conclude a reverse relation between stability and strategic ties with the US?

I believe that Iran, too, has significant internal instability challenges. Some hoped that with the election of Rouhani the human rights situation would improve. It has not. There have been more hangings, including of ethnic opposition figures, and more dissidents are either in jail or leaving the country. The role of the security apparatus, especially the Pasdaran (Editor’s Note: Pasdaran is the Persian name for the Islamic Revolutionary Guard Corps), continues to be extremely large in Iran’s politics and economy. The government’s repressive apparatus has suppressed peaceful opposition, as seen during the Green Movement. And look at the situation of countries close to Iran: I would argue that there is a direct relationship between the outbreak of civil strife and the actions of governments or entities that are aligned with Iran. This is the case in Iraq, Syria, Lebanon, and Yemen.

Nuclear talks between Iran and P5+1 have kicked off in the New Year. Could likely achievements in these negotiations influence Washington's ties with its Arab allies in the region?

There is no contradiction between making progress in the negotiations on the nuclear issue and strong relations between the U.S. and its Arab allies. The U.S. needs to keep its regional allies informed about developments in the talks and take their views into account so that at the end of the day any agreement on the nuclear issue will take into account their interests and concerns.