Netanyahu vs. Israel's WASPs: The Battle for Zionism 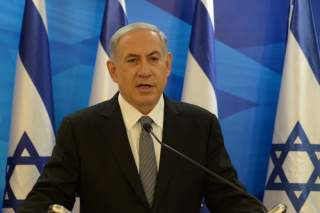 Imagine that instead of competing for the highest office in the land as representatives of two rival political parties, Hillary Clinton and Jeb Bush decide to band together and run on the same ticket and a common platform. That would not make a lot of sense if you assume that the Clintons and Bushes are located in opposite sides of the political and ideological spectrum, but may seem less of a fantasy (or a nightmare) if you consider that the scions of the two famous political families share a certain aversion to radical challenges to the status-quo and tend to schmooze with the same players in Wall Street and in other centers of political and economic power in this country.

Only a few years ago, the notion of Isaac Herzog, the leader of Israel's Labor Party, and Tzipi Livni, a former high-ranking member of the Likud Party, forging a political alliance would have been dismissed as the stuff of Sci-Fi novels. The political marriage between these two politicians would have been particularly inconceivable to members of their respective families, who have represented two opposing wings of the Zionist movement and later of the Israeli political system.

The 54-year-old Herzog or "Buji" as he is known, belongs to one of the country's most prominent families. His father, General Chaim Herzog, was Israel’s sixth president. His uncle, Abba Eban, is a legendary Israeli statesman. Both men were also leading figures in the Israeli Labor Movement.

Livni, 58, who like Herzog was born in Tel Aviv, is the daughter of Eitan Livni, one of the leaders of Menachem Begin's right-wing Irgun underground that fought British rule in Palestine and later founded the Herut Party, which became the nucleus of the Likud movement.

Livni, who joined Likud after serving for several years in the Mossad, and Herzog, a lawyer who was a military intelligence officer, have been affiliated with centrist wing of their respective parties. And Livni, after rejecting the Likud's Greater Israel vision and embracing the two-state solution, left the Likud Party to form new moderate political parties with pro-peace platforms.

At the same time, Herzog is considered more of a hawk than a dove when it comes to national security issues, and rejects the post-Zionist vision common to some members of the Israeli left today. In an American political context, Livni would be an anti-Tea Party Republican while Herzog would be a proud Clintonite; not a member of the progressive wing.

During a ceremony last December that marked the formation of the alliance between Herzog and Livni in the form of the new Zionist Camp grouping, the two made it clear that their main target was Likud leader and current Prime Minister Benjamin  ("Bibi") Netanyahu. Or, as Livni put it, “to replace this bad government in the State of Israel."

But the establishment of the Zionist Camp reflected more than just a new attempt to oust the Likud Party and "Bibi" from power. It also represents an effort by the children and grandchildren of the mostly European and secular Zionists who founded the State of Israel, which has seemed to erode in recent years in the face of the demographic changes in the country.

In recent decades, right-wing and religious political parties in Israel have been boosted by shifting demographic trends; most notably, immigrants from the former Soviet Union and the growing ultra-Orthodox population. (And interestingly enough, the majority of the French-Jewish immigrants who are arriving in Israel these days tend to favor Likud and other right-wing parties).

Those same parties, including the Likud, had already benefited from the support of earlier immigrants from the Middle East and North Africa. At the same time, the eroding demographic power of what is known as the "white tribe”— Israel's WASPs, if you will— represented by Herzog, Livni, and Yair Lapid, the head of the reformist Yesh Atid Party and the son of another famous Israeli politician, has led to growing losses in recent elections among the centrist and left-leaning political parties.

In a way, Livni and Herzog recognize that, not unlike the Republicans in the United States, they are now in the midst of a crucial electoral rearguard fight against the political parties who resist the secular and liberal Zionist ethos and who benefit from the demographic changes.

In that context, the Likud that was not long ago regarded as a conservative political movement akin to the European Christian-Democrats or U.S. Republicans has gradually been separating from its secular and liberal roots and becoming more of a nationalist and populist political party. It has embraced intransigent positions over the Israeli-Palestinian conflict and worked together with the new religious-nationalist party, Habayit Hayehudi ("The Jewish Home") Party, to pass legislation that would accentuate Israel's identity as an exclusive Jewish State, raising discrimination concerns among non-Jewish citizens.

At the same time, the relatively high birth-rate among Ultra-Orthodox Jews and Israeli Arabs plays into the hands of the right-wing bloc over the long term. While the Ultra-Orthodox parties tend to prefer joining coalitions led by the Likud and its partners, the Zionist Camp is precluded from forming any such coalitions with the anti-Zionist Arab parties. So even if the newly unified Arab parties win around 12 seats the 120-member Knesset (Parliament), as is expected, Herzog and Livni are not likely to ask the Arabs to join their coalition.

Herzog and Livni are hoping that their new center-left bloc and its attractive list of candidates will gain support from voters who are tired of Netanyahu who has served as prime minister for more than 12 years and has recently been ineffective on foreign policy and national security, which were previously his major strengths.

Indeed, the inconclusive outcome of the recent war with Hamas in Gaza and the perceived mismanagement of the relationship with the United States could erode some of Netanyahu’s support. The tensions between Netanyahu and President Barack Obama over the former’s address to Congress clearly hurt a prime minister who has marketed himself to Israelis as both a Washington insider and Mr. Security.

Recent polls have pointed to a tight race between the Zionist Camp and Likud with each gaining between 20 to 25 seats— Livni and Herzog seem to be opening a small lead over Netanyahu according to the results of a poll issued this week— although Netanyahu remains in a better position to muster the support of more than 60 Knesset members and form a coalition.

The current conventional wisdom is that Likud and the Zionist Camp will end-up forming a national unity government, with the job of prime minister being rotated between Herzog, Livni and Netanyahu. That would leave Habayit Hayehudi, Ultra-Orthodox parties and the Arabs in the opposition and may result in an Israeli government that would prove to be more flexible on issues of war and peace.

And it could provide Herzog, Livni and the other remnants of the "white tribe" with political breathing space, an opportunity to regroup and consolidate their power, perhaps with some members of the Likud splitting from their party and joining the Zionist Camp. This could eventually result in the realignment of Israeli politics into four major blocs — Secular-Zionists, religious-nationalists, Ultra-Orthodox and Arab — ensuring that notwithstanding all the major demographic changes, Israel's WASPs would remain the dominant force in the country.