Is This Netanyahu's Last Chance at Political Redemption? 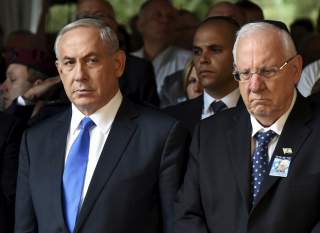 But on second thought, the disunity may not be as deep as it seems.

“As big as the split is, you can look at it and say that the ideological split in Israeli society is not that big, because you have two mainstream ideas as to Israeli politics, and they're not too far from one another,” Newman concluded. “When you go down to it, Benny Gantz and Bibi are not that crazy apart ideologically speaking. And that says a lot.”