The New ‘End of History’ 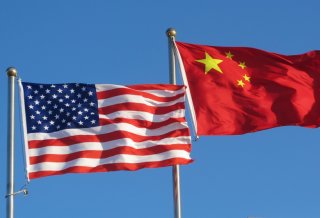 When Francis Fukuyama’s seminal essay The End of History? was published in 1989, there was a question mark at the end of the title—and rightly so. He was making a tentative hypothesis, not the strident assertion attributed to him in subsequent years. But the apparent stability of the conditions that prompted his inquiry justifiably lulled many in the West into a false sense of superiority. With the Cold War about to suddenly and spectacularly end, Fukuyama was undeniably prescient, but he was also pushing on an open door.

It remains a pleasure to re-read Fukuyama’s essay, not least because his editors indulged a lengthy philosophical meditation that today would be considered an unnecessary digression. In Fukuyama’s capable hands, it provided a supple underpinning for a meaningful argument about the tension between the ideational and material worlds. But with the benefit of three decades of hindsight, we can also re-read it more for its literary than analytical merits. The luminaries on whom Fukuyama dwells—Georg Wilhelm Friedrich Hegel, Max Weber, Alexandre Kojeve—all saw their moment as the “end of history.” In the case of Hegel and Weber, it was the post-Napoleonic era of the nineteenth century and the centralized Prussian state that dominated it. For Fukuyama, it was post-Cold War Western liberal democratic capitalism centered on the triumphant United States.

At the time, structural change was hard to see. For most political scientists, a multipolar world was a distant and remote scenario. They, including Fukuyama, focused on the de facto convergence towards mundane economic concerns, hence his famous closing passage lamenting a world that would become boring. China’s rapid economic opening and the late Soviet “new political thinking” were evidence that other great powers (China and today’s Russia) would not be ideological threats. China, Fukuyama acknowledged, was experiencing modernization at a pace that was nothing short of breathtaking. (Russia, meanwhile, would become a loose nuke basketcase.) Its nationalism was no longer of the geopolitical variety precisely because it was bereft of any counter-ideology to Western capitalism, even if it never became democratic (and Fukuyama was under no pretense that it ever would).

Geopolitical scholars saw the global landscape differently. They were much less interested in the nature of the regime and much more interested in the capacity of the state, its power formulae focused on geographic and population size, natural resource endowments, military hardware and power projection capability. They were also intrigued by its industrial output and financial assets, fiscal expenditure and foreign investment stock, and a wide range of other factors from technological innovation to cultural cohesion. Already by the 1970s, they had flagged the emergence of Europe’s common market and Japan’s industrial output as constituting independent poles of power despite belonging to the American-led transatlantic and trans-pacific alliance systems.

Geopolitics is the materialism to political philosophy’s idealism, making it the best antidote to the innately ideological nature of political science. While political theories emphasized ideological affinity and common values (embodied in approaches such as liberal institutionalism and democratic peace), geopolitics attaches greater weight to self-interest as defined by power maximization. To put it another way, while political science is about civilizations, geopolitics is about empires. Civilizations become more interesting to geopolitical scholars when their identity is weaponized into imperial behavior. If there is a one-sentence dismissal of Fukuyama’s mentor Samuel Huntington’s “clash of civilizations” thesis (which appeared just four years after Fukuyama’s essay and also with a question mark at the end of the original formulation), it would be that he conflated civilizations and empires. For example, he ascribed agency to the dozens of governments and one billion members of the “Islamic world” that they clearly lack. (Islamic civilization is real, but not since the Ottomans has there been an Islamic empire.)

Geopolitics, then, saw multipolarity coming long before today’s vogue, its methodological attributes making it a far better predictor of international structure than political science. If there’s one analytical framework around which the ideological Left and Right of the West converge today, then it is that of “great-power competition,” a term straight out of the annals of geopolitics.

Geopolitical schools of thought are also much more comfortable with seeing the world as a system of systems, a complex environment shaped by transnational forces ranging from globalization to climate change. In political science, these deep forces are merely a la carte add-ons. While political science reduces international behavior to mechanics, geopolitics is more comfortable with physics, especially the second law of thermodynamics, namely the tendency towards entropy. In geopolitical terms, this means the inevitability of power diffusion. Or in Woody Allen’s words from his 1992 film Husbands and Wives, “Sooner or later, everything turns to shit.”

Did we realize in the 1990s that it would be us who turned to shit? Here’s what neither political scientists nor geopolitical scholars sufficiently gamed out as it was happening: The wicked brew of trade globalization and outsourced manufacturing, industrial policy fueled technological innovation, and rent-seeking financial capitalism--and how those forces not only accelerated power diffusion globally but also deindustrialization and political polarization at home.

Fukuyama sought to marry rationalism and freedom, but even as he wrote, the great Anglo-American delegitimation was already underway. Reagan-Thatcherist privatization and deregulation were causing widening inequality, social degeneration, and the dismantling of the utilitarian meritocracy that had served as the bureaucratic backbone of postwar success. Whereas political scientists continue still to mistake the Western strategic community for a political one, the cleavage within the West has long been apparent. Weber’s ideal-type state remained alive and well in democratic technocratic states such as Germany, where the government share of the economy is high, the welfare state is robust, social protections are strong, and infrastructure is world-class. The deepening transatlantic divorce has played out over Iraq and Russia, financial and technological regulation, trade and climate change, and other areas. Even under the Biden administration, the United States and European Union may coordinate more on China and climate, but Europe won’t trust America to lead. Geopolitical allies will remain geoeconomic rivals, jointly pushing for reciprocal access to China’s markets, but competing vigorously for market share for their own firms.

The rise of Asia presents the strongest evidence for geopolitical entropy as the new arc of history, both material and ideational—and China, today’s going concern, is only half the story. First, let’s be clear where Fukuyama was right: China does not present a compelling ideology that other states wish to emulate—even if they could. China has managed economic ascent while clinging to political authoritarianism, reinforcing Huntington’s point that modernization does not mean Westernization. But much as today nobody visits America seeking to copy Washingtonian politics when all they want is to replicate West Coast tech giants, the “China model,” too, is not an off-the-shelf package. China is not exporting its ideology just because others are imitating its supply-led growth, industrial policy, and full-service digital apps. Corrupt regimes don’t need to hold up China as a role model to justify importing its surveillance technologies; they could buy these tools from American or Israeli firms as well.

China’s unshakeable presence as a superpower affirms that geopolitics has become, for the first time in history, both multipolar and multi-civilizational. But this does not make China the new end of history. It represents about 15 percent of global GDP, not the 50 percent embodied in post-war America. Furthermore, the geographic playing field does not favor China, which is surrounded by more than a dozen neighbors, with whom it mostly has hostile relations. As poor former European colonies or Soviet republics, they welcome Chinese investment in their dilapidated infrastructure but are highly suspicious of Chinese neo-mercantilism. China’s wolf warrior diplomacy and pandemic cover-up are a reminder of Asians’ abiding wariness of China, even as they’ve benefited enormously from its rise. In this new post-post-colonial era, however, China faces the insurmountable reality of an anti-imperial psychology by which there is little appetite for either American or Chinese “leadership.”

Furthermore, the entropic trend does not stop with China, for the rest of Asia is doing to China what China has done to the West: Hitching themselves to global and regional supply chains, demanding joint ventures and technology transfer, and building their own national champion firms rather than becoming Western or Chinese neo-colonies. Both America and Europe eager to assist, launching a slew of strategic initiatives from the military “Quad” with India, Japan, and Australia to the “Clean Network” to yank Huawei 5G telecom equipment out of Asian infrastructure networks. A decade hence we will look back at the post-Cold War era, not for the rise of China but the reemergence of this much greater Asian system encompassing a half-dozen major powers.

Asia has also fully emerged from China’s shadow in the “end of history” ideological debate. Indeed, if there is a political system that has emerged victorious from the coronavirus pandemic, it is Asian democratic technocracy. China’s resilience has put paid to the notion that China’s Mandarins are merely East Asian versions of Soviet apparatchiks. But more significantly, Asia’s gold-standard democracies such as Japan, South Korea, and Taiwan have proven to be global role models for their blend of competence and transparency. They embody a far more balanced and healthy relationship between rationalism and freedom than America or Britain today. These societies are the vanguard of what I call the “new Asian values” of technocratic governance, mixed capitalism, and social conservatism that are far more likely to become a global set of norms than post-truth Western democracy. From restoring pride in experts to massive economic bail-outs to restricting ‘fake news,’ Asian approaches appear to have already gained favor in the West. Bottom line: While amateur political scientists talk democracy, professional state administrators talk governance. And much to Fukuyama’s credit, he has recognized this far better than those less cultured, as exhibited by his brilliant recent tome Political Order and Political Decay.

The Neoconservatism of Francis Fukuyama