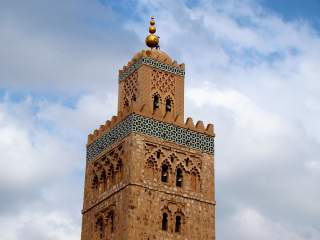 Just after returning home from the African Union summit in Addis Ababa, the ninety-two-year-old president of Zimbabwe lambasted other African leaders for voting overwhelmingly to welcome Morocco into the AU. He lamented that they suffered from a “lack of ideology,” and that “they have not had the same revolutionary experience as some of us.”

Fortunately, the nonagenarian ruler could not have been more accurate. Africa has changed, and the majority of African leaders have turned their back on ideology. This revolutionary ideology, which perhaps served its purpose when Africa was in colonial servitude, is now a burden and needed to be jettisoned in favor of reforms that will make Africa a powerhouse of the twenty-first century.

Robert Mugabe’s opposition to welcoming Morocco back into the African family is steeped in ideology. Zimbabwe, along with Algeria and South Africa, still oppose Morocco because they support the Polisario group, a Cold War Marxist creation of Algeria that has stubbornly clung to its secessionist ideology.

During the Cold War, Morocco fought back ferociously against the Polisario and its supporters, and in 1983 exited the Organization of African Unity, a precursor to the African Union, after that continental body admitted the Sahrawi Arab Democratic Republic, the virtual “state” created by Algeria and propped up by Marxists and other anti-Western regimes from around the world. Though the SADR is still a member of the African Union, Morocco’s presence will contrast starkly to the illegality of the SADR’s membership. Indeed, 1983 is not 2017, and an entity that does not meet any criteria of statehood does not belong in an organization made up of states just because of Cold War ideology. Not in the new Africa.

This new Africa is focused on the welfare of its citizens, building bridges to future generations by investing in education, developing human capital and building vibrant economies. Bringing Morocco into the fold would then seem natural for countries implementing these reforms. Not so much for those structurally stuck in the past.

Indeed, Morocco has been a vibrant kingdom recently. For the last several years it has instituted deep reforms through the promulgation of a new constitution in 2011, just weeks after the eruption of the Arab revolts that smothered growth in much of the region. This constitution promoted both decentralization and devolution of power to an elected government. What made this transition succeed is that the changes to the constitution were not a shift from the past, but a continuation in Moroccan political development.

Indeed, Morocco has been reforming since the early 1990s, always with an eye to resolving the Sahara problem. It was in this context that Morocco courageously put forward a plan to end the conflict. In 2007, the country proposed an enlarged autonomy to the region as a legitimate and a win-win path to self-determination. It did so after it became apparent that the much-touted referendum would be impossible to implement, given that the two sides did not agree on a common list of eligible voters. Yet the Polisario group, goaded by its Algerian sponsors, retorted with a “No” to every Moroccan overture. The Polisario’s legitimacy in this context is its policing of about one hundred thousand refugees in the Algerian desert, and administering international aid to refugees whom Morocco considers its citizens, and who have called on the international community to allow for a census and establish a mechanism for their return to Morocco if they so choose, something Algeria and the Polisario reject. Undeterred, Morocco continues to do its part, developing the southern region and moving forward with institutionalizing autonomy for the Sahara. The government has recently announced that it is investing $7.6 billion in infrastructure projects in cities across the south, including ports, airports, highways and research universities.

The conditions that created this conflict back in the 1970s are melting away, and are gradually being replaced by solid institutions and leaders that view Morocco as a boon for the continent. Morocco, as a result, has become the second largest investor in Africa. Moroccan banks, construction companies, industrialists and service providers have been investing across the continent. The North African country has been exporting its experience and successes in the agricultural field and in renewable energy to several African countries, and even has committed to building a new administrative city for the newborn country of South Sudan.

On matters of security, the country has shared its expertise from years of containing and preempting terrorism in Morocco and in Europe with African countries, and played a leading role in resolving the Malian and the Libyan conflicts that threatened to destabilize the Mediterranean and Sahel regions. Morocco’s spiritual leadership has seen the country supporting tenets of Islam that promote peace and condemn violence. The country has done so through its imam-training program across Africa and Europe.

The Trump administration must take note of this change and take a fresh look at Africa—not as a continent in need of aid, but as a continent capable of spurring economic growth that can be a benefit to the United States and global stability.

The administration has been clear that it is seeking equal partners in trade and in sharing the burdens of security. This new Africa is a partner that Washington can count on. It is not the Africa of Robert Mugabe and Abdelaziz Bouteflika, another holdover from a different era, but the Africa of Mohammed VI, Paul Kagame and Macky Sall, leaders who have made choices to look forward and construct real foundations for success. This is the African version of Making America Great Again.

Talal Belrhiti is a cofounder and partner of Afrique Advisors, a legal and strategic advisory group in Casablanca, Morocco.