The New Cold War, Japan and Its Chinese Supply Chains 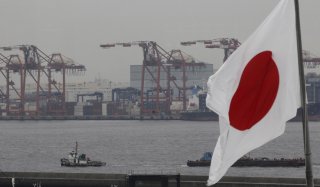 For anyone having doubts about the deepening sense of a new Cold War, they need only look at what is going on in the streets of Hong Kong, where pro-democracy activists are challenging Beijing’s imposition of a highly contentious security law. While what is occurring in Hong Kong is tragic and will greatly diminish the city’s attractiveness for business and finance, there is another new Cold War game underfoot that has long-term implications for the shape of global trade and the structure of international relations in Asia—Japan is taking steps to pull some of its supply chains out of China. This is a major development and, depending on its magnitude, could have substantial negative implications for China’s economy. We are in a new Cold War and the trend line is towards the decoupling of major economies—and that now appears to be the case between Japan and China.

Like many countries, the 2020 coronavirus pandemic was a wake-up call for Japan’s political establishment. If nothing else, then it focused Japanese security-thinking around the high level of dependence the Asia-Pacific nation has on Chinese imports. Although this was acknowledged prior to the crisis, the virus outbreak pushed the point home when there was a serious shortage of face masks. Chief Cabinet Secretary Yoshihide Suga (in an interview with Nikkei) stated: “Looking at face masks, for example, 70 percent to 80 percent are produced in China. We must avoid depending excessively on particular countries for products or materials and bring home production facilities for goods needed for daily life.” Medical supplies clearly fit that need. Other Japanese businesses found themselves hit by parts shortages.

In early March 2020 (around the time a visit from Chinese Xi Jinping had been scheduled and was canceled due to the pandemic), Japan’s Prime Minister Shinzo Abe presided over a meeting of the Council on Investments for the Future. The prime minister chairs the council, which also includes major business leaders, including the powerful head of the Keidanren (the Japanese Business Federation). At the meeting, Abe indicated that he wanted high value-added product manufacturing bases to come home to Japan from China. He stated, “Due to coronavirus, fewer products are coming from China to Japan. People are worried about our supply chains.” He added that of the products that rely heavily on a single country for manufacturing (namely China), “we should try to relocate high added-value items to Japan. And for everything else, we should diversify to countries like those in ASEAN (Association of Southeast Asian Nations).”

Considering the size and scope of the Chinese-Japanese trade relationship (around $300 billion in 2019), the Abe government’s “shift away from China” policy is a dramatic development. The policy prior to this was “China plus one,” in which companies add a non-China location to diversify production.

The Abe government moved quickly to implement its new policy direction. In an emergency economic package initiated on April 7, 2020, the Japanese government advocated for the re-establishment of supply chains that have been hit by the pandemic’s proliferation. To give this policy directive a boost, Abe allocated more than 240 billion yen (close to $2.2 billion) in its supplementary budget plan for fiscal 2020 to help domestic companies to move production back home or to diversify their production bases into Southeast Asia.

China’s response was cautiously muted. At China’s Politburo Standing Committee meeting in Beijing, Xi stated that “as the pandemic continues its global spread, the world economy faces a mounting downside risk. Unstable and uncertain factors are notably increasing.” If nothing else, then Japan’s new policy direction has added another uncertain factor, something that Chinese economic policymakers are seriously considering in a year in which real GDP growth could be flat or negative. If there were to be a stampede of Japanese companies out of China, the impact could be tough on the mainland economy. China can ill afford to lose Japanese business.

What to take from Japan’s shift in supply chains? There are five things to consider. First, Japan’s actions are more likely to have an impact on Japanese companies manufacturing goods in China for export than companies that are producing for the local Chinese market, such as Japanese automakers. A February 2020 survey by Tokyo Shoko Research Ltd found 37 percent of the more than twenty-six hundred companies that responded were diversifying procurement to places other than China amid the pandemic. That number could well be higher now in light of government funding to help such a transition.

Second, Japan may find the movement out of China easier than perhaps U.S. companies due to their heavy investment in manufacturing-related technologies that encompass robotics, automation, artificial intelligence, and 3D printing. These technologies reduce the need for and cost of large-scale labor inputs. As the Hudson Institute’s John Lee noted (The Diplomat, April 16, 2020): This suits Japan’s skilled but shrinking population and limited availability of land on which to base operations. Indeed, Japan ranks fourth in the world for robot density—a measure of robots per one thousand workers—behind South Korea, Singapore, and Germany.”

Third, Chinese-Japanese relations have a long track record of being complicated, with significant ups and downs. China nurtures grievances over Japan’s treatment of the mainland Asian country during World War II and periodically allows more nationalist elements to vent against Japan’s imperialist past and reluctance to take the blame for their wartime atrocities. There is also an ongoing territorial dispute over a handful of East China Sea islands, which brought the two countries close to a military clash in 2012–2013 and resulted in China briefly cutting off Japan from its rare earth mineral exports. Rounding out the picture, many in Japan blame China for mishandling the early stages of the coronavirus outbreak and Abe for not blocking visitors from China sooner.

Fourth, although lacking in the verbose bellicosity of the Trump administration, the Abe government’s change of direction more closely aligns Tokyo and Washington on China. The two countries have long been allies and have overlapping policies on China which is important for what comes next in global politics. As Nikkei’s Katsuji Nakazawa astutely noted on April 16, 2020, “If the U.S. and Japan, the world’s biggest and third-biggest economies respectively, move away from China, it will have a huge impact on the world’s second-biggest economy.”

Although the impact of Japan’s policy shift should not be overstated, it is a significant departure for Tokyo. Yes, China will remain an important trade partner, but just how important is the question. Consequently, Japan’s trimming of its supply chains out of China is a smart move. It plays well to the United States, especially China hawks in the Trump administration. It also could protect Japanese companies which are currently more heavily engaged in China and could be hurt by U.S. economic sanctions. At the same time, the policy shift holds out an alternative investor to China in Southeast Asia, where a number of countries are concerned about becoming too dependent on their much larger and more powerful northern neighbor. The downside risk is that as Japanese companies shrink their footprint in China, this could become a point of tension between Beijing and Tokyo.

The coronavirus was a major interruption to the global system. Although there may be more waves to come, governments are giving thought to the shape of the post-coronavirus world. The Trump administration is willing to risk a new Cold War to make China play more by the rules (at least as to how Washington sees them). China naturally resists this effort, considering its historical sensitivity to its past experience with external powers during the era of Western imperialism. China also declares that U.S. hawks are the ones pushing the new Cold War idea. However, China’s actions of launching a new effort to crush the pro-democracy movement in Hong Kong, the ongoing cyberattacks on U.S. business, state and local governments and the military, and its support for a thuggish Maduro dictatorship in Venezuela all easily fall into the new Cold War perception of where the global system is heading. In this light, Japan is hedging its bets; reducing its exposure to the country that represents its largest security concern, China.