The New Epoch for Global Business Has Arrived 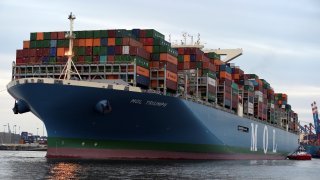 We are in the early years of the third phase of post-World War II global economics.

The immediate postwar period was marked by a divided world in which the countries within the Organization of Economic Cooperation and Development mostly traded and invested amongst each other. China and the Soviet bloc were largely outside the scope of Western business. Meanwhile, the developing countries of the “third world”—often marred by political instability and protectionist trade policies—were challenging venues for American and European trade and investment, although firms producing natural resources by necessity invested where the resources existed. But as various General Agreement on Tariffs and Trade (GATT) rounds gradually reduced tariffs and strengthened rules governing trade, while countries made incremental improvements in their own rule of law, trade and investment between the North and the South began to grow.

1989 marked a second phase. The Berlin Wall came down, and the Soviet bloc—and soon the Soviet Union—disappeared, bringing Eastern Europe into the world economy. At the same time, China’s economic liberalization accelerated. Many developing countries discarded failed import-substitution policies in favor of the neo-liberal “Washington Consensus,” while some solidified democracies. Numerous bilateral and regional free trade agreements, along with the launch of the World Trade Organization (WTO), promised a world of increasingly free trade and less restricted movement of capital, underpinned by global rules that reduced uncertainty for investors and traders. Encouraged by this, as well as reduced transportation costs, companies built global supply chains to benefit from the most efficient producers of each component, thereby increasing their own productivity and profitability.

This system of global rules, in economics as in geopolitics, was largely underpinned by the United States. That came crashing to an end during the Trump administration. President Donald Trump withdrew from the Trans-Pacific Partnership (TPP), almost withdrew from the North American Free Trade Agreement (NAFTA), slapped massive tariffs on America’s largest trading partner, imposed tariffs on specious “national security” grounds against everyone who exported steel or aluminum to the United States, and weakened the dispute settlement mechanism of the WTO. The Biden administration has so far continued all those policies. Indeed, President Joe Biden has increased protectionism with actions such as strengthening “Buy America” rules.

The loss of U.S. leadership in liberalizing trade is only one of the factors complicating the global business environment and defining the third post-war phase. We have moved from “blocs” to “globalization” and now to “fragmentation.” Companies must understand increasingly complicated and cross-cutting political, social, and environmental risks as they consider where to invest, where to source inputs, and where to market their products. They need strategies to mitigate or adapt to those risks.

Events have demonstrated the failure of globalization to achieve the full convergence of major authoritarian states with democratic and free-market norms.

While Russia has for over a decade nibbled at smaller border regions, its all-out invasion of Ukraine demonstrated the absence of political restraints on major powers hungry for territorial acquisition. From a business perspective, the damage caused directly by the invasion, including on commodity markets, will likely be exceeded by the longer-term impact of economic sanctions—and the reputational risk—affecting one of the largest commodity producers in the world. It is unlikely that many of the hundreds of companies that recently disinvested from Russia will return as long as Putin remains in power.

Furthermore, the invasion of Ukraine has increased attention on Taiwan, the world’s largest exporter of semiconductors and a thriving democracy integrated into the global economy. China’s desire to fully absorb Taiwan is undisguised. As a result, many companies are reviewing their contingency plans in case of a Chinese invasion of the island. As with the Russo-Ukrainian War, in the case of a Chinese assault on Taiwan, the immediate impact on specific supply chains dependent on Taiwan could be severe. But Western sanctions against China, and the reputational risk to firms doing business with China, would likely be even more impactful.

China often responds to sanctions by imposing reciprocal measures of its own, sometimes in ways that lack transparency. Thus, firms not only need to track and implement U.S. and European sanctions, but also monitor Chinese counter-actions.

One of the Trump administration’s innovations was to use national security as a justification for trade sanctions. Global trade rules allow countries to impose tariffs for “national security” reasons, and U.S. law allows the executive to implement those actions with no Congressional oversight. Until recently, the United States and other governments have treated that exception with caution, understanding that it targeted tools of war. Trump, however, applied it to steel and aluminum, and threatened to use it in other sectors as well. Notably, the principal exporting countries affected by these “national security” measures included U.S. allies. With no pushback from Congress and minimal debate of this use—or abuse—of national security as an excuse for economic protectionism, a precedent was established. The Biden administration maintained most of those tariffs and cited national security as grounds for using the Defense Production Act to exercise some degree of government management of Covid-19 vaccines and even baby food.

America’s use of this tool has not gone unnoticed overseas; other countries have so far generally refrained from similar abuse, but the United States will have little ability to object when it inevitably happens.

During recent decades, free-trade policies were generally supported by a narrow majority in Congress, including a minority of Democrats and a large majority of Republicans. Under Trump, the Republicans became an anti-trade party, apparently in order to attract the votes of blue-collar factory workers. A minority of Congressmen in both parties still support free trade, but they have mostly remained quiet in the face of the protectionist policies promoted by Trump and Biden.

The overwhelming Congressional support to approve the United States-Mexico-Canada Agreement (USMCA) as the replacement for NAFTA does not contravene this argument. USMCA attracted anti-trade Democrats with its new commitments on labor and the environment, as well as its movement away from trade liberalization via new limitations on investor protections and extensive government control over cross-border supply lines for automobiles. It attracted Trumpist Republicans since it was “Trump’s deal.” And it attracted pro-trade Democrats and Republicans because it was better than the alternative of no NAFTA, which Trump had threatened.

Western governments increasingly use trade sanctions to address human rights issues. When NAFTA was modified into USMCA under Trump, the United States insisted on new tools to enforce the right of workers to create labor unions. The current U.S. Trade Representative (USTR) has made clear that workers’ rights will be highlighted in any new “trade” agreements negotiated by the United States, and the USTR and other relevant U.S. agencies have created internal working groups to focus on foreign human rights and labor issues.

The United States has intensified its use of Withhold Release Orders (WROs), which enable U.S. Customs to prohibit entry into the United States of products that it believes could have been produced, all or in part, with forced labor. Thirty-five WROs are in effect against specific Chinese companies, and nineteen are in effect against companies in the rest of the world. Congress expanded its use to prevent the import of any product originating from the Xinjiang province of China, and the European Union is developing its own tools to address similar issues. Of course, responsible companies seek to ensure that they avoid any forced or child labor in their supply chains. However, the questions raised by this issue include how do firms demonstrate their supply chains are free of those problems, how do firms avoid being caught up in a broad net regardless of their own behavior, and is it appropriate for private companies to seek to force policy changes on foreign governments?

The Environment and Climate Change

Almost all companies must deal with increasing environmental challenges—both legal and actual—but it may be especially complicated for companies involved with cross-border supply chains. Some environmental issues are incorporated into many trade agreements, but countries are increasingly looking to impose new trade restrictions as a tool to address climate change. The United States and the EU, for example, are considering measures to prevent the importation of products that contribute to deforestation—including soybeans from Brazil and palm oil from Indonesia. And as the United States and EU raise costs for carbon-emitting manufacturers at home, they are looking to impose tariffs that would ensure foreign producers face equivalent costs.