A New Era of Brinkmanship in the Middle East 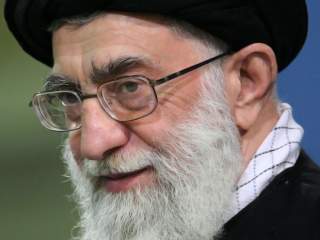 Even before the news of ten U.S. sailors being detained by Iranian forces on Tuesday, tensions were flaring in the region. Consider the events of just the last two weeks. Stoked by the Saudi execution of Shia icon Ayatollah Nimr al-Nimr on January 2, the war of words between Sunni-dominated Saudi Arabia and Shia-majority Iran rapidly took a turn for the worse. On Friday, Tehran accused Riyadh of intentionally striking the Iranian embassy in Yemen, a claim that Saudi officials reject.

Of course, the cold war between Iran and Saudi Arabia is not new. It has been the defining fault line of the Middle East for years. But the Iran nuclear deal raised the regional stakes of this bitter rivalry considerably. After the deal, Saudi Arabia feared that Iran, behind the facade of moderation, would receive all the benefits of normal relations with the West without facing consequences for its revolutionary behavior. And now, with feelings raw over perceived sectarian persecution, both sides stand to benefit from increased escalation. Though neither Riyadh nor Tehran wants full war, an economic climate of low oil prices and a political climate favoring hardline rhetoric are raising both the tolerance for risk in each capital—and the probability of outright conflict.

Though they share incentives for bellicosity, Saudi and Iranian leaders bring vastly different calculations to their decision-making process. Understanding these differences is vital for Washington and its allies to help cool tempers in the Gulf.

Saudi Arabia’s high-risk maneuvering in recent weeks aims to reverse a series of perceived critical setbacks, due in large part to Iran’s steady rise and the Kingdom’s own inability to shape fundamental developments in the region. These failings include:

(a) the conclusion of the Iranian nuclear agreement, the future lifting of sanctions and the resulting threat of a more integrated and economically powerful Iran that could gravitate closer to the United States;

(b) Iranian gains in Syria and Russia’s newfound presence there, as well as Iran’s acceptance by world powers at the Geneva talks that aim to end the crisis in Syria; and

(c) Iran’s increasingly institutionalized military-security presence and reach in Iraq, Syria, Lebanon and to a lesser extent in Yemen.

Paradoxically, Iran’s regional gains are largely consequences of factors outside its own control, but which it has been able to exploit adeptly nonetheless. The Iranians have filled the vacuums of power resulting from the 2003 U.S. invasion of Iraq and the structural decline and dissolution of the Arab state system ushered in by the Arab Spring. Fragmentation in the Arab world, exacerbated by Saudi Arabia’s conservative and counterrevolutionary regional policies in response to the Arab Spring, naturally provides greater opportunities for Iranian influence.

Domestically, Saudi Arabia is faced with a range of serious challenges, such as  monarchical succession and generational shifts in royal leadership, Salafi radicalism, issues of social stability, economic shortcomings (including the expenditure of billions in foreign reserves) and questions regarding the status of the Shia minority. The Saudis see escalation with Iran, in parts, as a way to overcome these daunting challenges.

What makes the Iran-Saudi cold war particularly fraught is that the Saudis do not recognize that the Iranians are actually in a better position to pursue serious brinkmanship. The Iranian Revolutionary Guard Corps (IRGC) is better suited to exploit the vulnerabilities of Saudi Arabia and other Persian Gulf states, with its ideological appeal and propensity to effectively collaborate with sympathetic local groups as partners and not just as proxies. Iran has more experience and operational capability in these efforts and, unlike Saudi Arabia, is more pressure-resistant due to decades of weathering strenuous foreign, economic and domestic political crises since the Islamic Revolution in 1979.

Indeed, despite a perennial sanctions regime, Iran has managed to flourish domestically and regionally, thwarting Saudi (and U.S.) policies to isolate and contain it. Saudi society, on the other hand, has not faced anywhere near the same level of pressure and threat and has been fully supported by the international community and integrated into the global economy. Confrontation with Saudi Arabia may thus open unprecedented vulnerabilities within the country, threatening Saudi political order altogether.

That Iran is not afraid of confrontation is quite evident in the remarks of the Iranian supreme leader. A few months ago, following the Hajj-related Mina incident that resulted in the deaths of hundreds of Iranians, Ayatollah Ali Khamenei declared that Iran would discard restraint and inflict tough and fierce reprisals against Saudi Arabia if necessary. Now, following Saudi Arabia’s execution of al-Nimr, Khamenei declared that “divine revenge” will be in short order.

Crisis may even prove conducive for Iranian hardline political objectives domestically. Further escalation in the days and weeks ahead would embolden hardliner and revolutionary forces. especially as the supreme leader and the IRGC look to cement Iran’s revolutionary credentials following the nuclear agreement. Escalation could bestow a prominence that diminishes the efforts of moderate factions in changing Iran’s ideological and political course.

While moderates within Iran have prudently highlighted the damaging effect of the attack on the Saudi embassy in Tehran, this mainly represents a public relations tactic to manage perceptions and channel anger at Saudi Arabia into problems of domestic radicalism. From a broader perspective, however, the moderates will be weakened since the Saudis have closed the door to diplomacy. Iranian President Rouhani’s emphasis on diplomacy will thus be rendered futile and unpersuasive, while growing regional insecurity will play into the arguments of Iran’s revolutionary faction. Hardliners have also decried the attack on the embassy, but lay the blame with “suspicious hands” and “nefarious plots”—thereby exonerating themselves from the attack and reinforcing the existing security paradigm.

Ironically, neither Saudi nor Iranian hardliners wish to see Iran normalizing or moving closer to the United States. For both, the revolutionary image of Iran should take precedence over its more moderate, diplomatic one as represented by the Rouhani government. Fundamentally, the Saudis would rather see a revolutionary and hardline Iran at odds with the United States than a moderate Iran with closer relations with America, as this could endanger Saudi’s special relationship with the U.S.

Sinking oil prices (crude dipped below $32 this week) further diminish the costs for risky behavior and mute international repercussions. Iran, for one, would be relieved to see Gulf tensions raise oil prices as it tries to reenter the global energy market.

Saudi leaders are determined to forge political order within and outside its borders. Its actions and rhetoric this week show that they cannot do so without resorting to sectarianism and bellicosity. As Saudi Arabia’s marginal returns of confrontational policy diminish due to unfavorable circumstances in the Middle East and inside the Kingdom, it must increasingly ratchet up the stakes to retain the same level of return and benefit. However, violent sectarianism is not a manageable policy, and can empower forces—such as ISIS—that will be further detrimental to regional order and to the stability of Saudi Arabia itself.

Payam Mohseni is Inaugural Director of the Belfer Center’s Iran Project and Fellow for Iran Studies at the Center. He is also a Lecturer on Government in the Department of Government at Harvard University and co-chair of the Eastern Mediterranean and Europe Study Group at Harvard’s Center for European Studies.