A New Era of Cultural Mistrust in American Politics 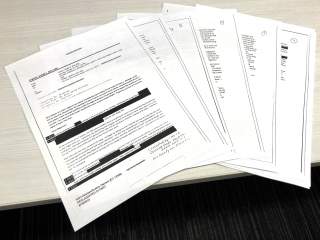 In 1991 Suzanne Garment, a former editor at the Wall Street Journal, wrote a provocative book called Scandal: the Culture of Mistrust In American Politics. In it she examined the conspicuous place that personal scandals have come to occupy in American politics since the Watergate era. Garment’s contention wasn’t that genuine scandals don’t exist. Rather, she wanted to distinguish more sharply between real and manufactured scandals. She diagnosed the existence of an almost autonomous “scandal machine” consisting of the media, opposition research and politicians to either create or inflate a number of scandals as a political weapon.

Since then, the intensity of scandals in Washington has only increased. What nineteenth-century historian Henry Adams called the “degradation of the democratic dogma” is being accelerated by the polarization and partisanship that accompanies the search for scandals and the destruction of personal reputations. Scandals are not cost-free for either American domestic or foreign policy. Whatever one’s views of Donald Trump—and Garment is a sharp critic of the president—it seems clear that the culture of mistrust that she originally discerned is reaching new heights generally between Republicans and Democrats.

During the Clinton era, it began with the so-called Travelgate affair when Hillary Clinton fired several members of the White House Travel Office in May 1993. Over the next several years, the FBI, Department of Justice, the House Government Reform and Oversight Committee and the Whitewater Independent Counsel examined Travelgate. The Whitewater investigation led by Special Counsel Kenneth Starr morphed into a general examination of Bill Clinton’s conduct as president, most notably his affair with Monica Lewinsky. Starr’s report led to the impeachment of Clinton, but did little more than indicate that he had a hazy acquaintance with the truth when it came to his personal affairs. Starr was widely criticized for prosecutorial overreach and Clinton’s popularity was boosted by what was widely perceived as Republican overreach.

Now it is Donald Trump who stands in the crosshairs of a far more formidable investigation. The stakes could hardly be higher. The result is what could become what is widely being described as a potential constitutional crisis.

Both Republicans and Democrats are seeking to attack each other by any means available. Consider the new report from the Justice Department’s inspector general Michael Horowitz. Instead of seeking to assess what it states, each side is trying to exploit the report to demonize the other. Democrats are alleging that the report indicates that FBI Director James Comey essentially cost Hillary Clinton the election by overreaching in publicly announcing that an investigation of her e-mail use was taking place. Such contentions offer another sign of the extent to which the 2016 election is constantly relitigated. But whether or not Comey had a decisive effect is something that can never really be proven or disproven.

What the report really indicates is that Comey, who had become something of a folk hero to those seeking to topple Trump from power, should never have been running the FBI. The title of Comey’s recent memoir is A Higher Loyalty. His highest loyalty was in fact to his own reputation. The inspector general says his behavior was “extraordinary and insubordinate.” Yet Comey remains unrepentant. On Thursday, he declared in the New York Times, “even in hindsight I think we chose the course most consistent with institutional values.” He added, “nothing in the inspector general’s report makes me think we did the wrong thing.”

At the same time, President Trump has sought to turn the tables on his accusers by alleging that Comey is a “criminal,” nothing less than the “ringleader” of a “den of thieves.” This lurid language credits Comey with an ingenuity and malice that he simply not appear to possess. He comes across more as a mediocre bureaucrat obsessed with protecting his image than a conniving criminal. In addition, Trump also took issue with the parts of the report that conflicted with his own narrative about the FBI and Department of Justice: “The end result was wrong. I mean, there was total bias.” The messages that former FBI agent Peter Strzok and former FBI lawyer Lisa Page exchanged, including “we’ll stop” Trump, were maladroit. But to endow this duo with the ability to warp the entire FBI, let alone exercise a significant effect on the election seems a stretch. The truth is that investigators didn’t discover any evidence that their messages went beyond venting personal repugnance for Trump. Finally, Trump says that the inspector general’s report “totally exonerates me” but he was never accused of any wrongdoing in the report in the first place. Its focus was the FBI and the Clinton e-mails, not Russia.

Still, as Washington awaits the report of Special Counsel Robert Mueller, it will continue to remain transfixed by scandals. There are no signs that the appetite for scandal will abate. On the contrary, the desire for one appears to grow stronger with each successive presidency. Whatever the outcome of Trump’s travails, it seems beyond dispute that America has traveled beyond a simple culture of mistrust into a cycle of conspiratorial thinking. What if the Trump presidency only proves to be the bridge to even darker conspiracies when it comes to whoever becomes president next?