New START Expires in 3 Years. And Nobody Knows What Comes Next. 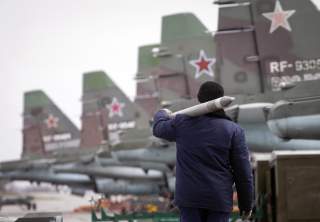 February 5 marked the seventh anniversary of the entry into force of the New START Treaty. That treaty was signed by U.S. president Barack Obama and Russian president Dmitry Medvedev in 2010 and entered into force on February 5, 2011; all deadlines are counted from that date. By the end of the seven-year period, the two countries should complete reductions mandated by that document—that is, comply with the following limits:

- No more than seven hundred deployed ICBMs, SLBMs and heavy bombers equipped with nuclear arms; and

There is little doubt that both countries will meet their obligations without much effort. They have been hovering around the level of 1,550 warheads for years; the limits on delivery vehicles and launchers are also comfortable (in fact, Russia is significantly below them). According to data exchanged on September 1, 2017, figures for the United States were 1,393 warheads, 660 delivery vehicles, and 800 launchers and bombers; for Russia, 1,561, 501 and 790. The “dip” in U.S. levels below New START limits is temporary—the U.S. Navy was in the process of reducing the number of launch tubes on submarines from twenty-four to twenty, and each submarine is not counted for the duration of refurbishing. On the Russian side, the pace of reductions is primarily determined by the pace of dismantlement of old, Soviet-produced weapons systems; the process has been moving ahead steadily, and there is little doubt that numbers will reach the 1,550 level in time.

New START has a ten-year lifespan, meaning that is set to expire on February 5, 2021. The remaining three years of its life are likely to be smooth and uncontroversial: the United States and Russia will only need to adhere to these levels, which will hardly cause any complications. A more pertinent question is what will come next.

New START: What It Did and Didn’t Achieve

Seen in the context of more than forty years of U.S.-Soviet and U.S.-Russian arms control, New START is a fairly simple treaty—a stopgap measure to save the faltering arms-control process and perhaps pave the way for a more comprehensive agreement. Its main purpose was certainly not as a step toward nuclear disarmament, even though its text refers to Article VI of the Nonproliferation Treaty, and American and Russian representatives seek to depict it as such in multilateral fora. Its main purpose was to restore the transparency and predictability that were lost with the expiration of the 1991 START I Treaty in 2009, and New START did that job in a satisfactory manner.

By the end of the previous decade, strategic nuclear arms control was in dire straits. START I was a good and balanced treaty, but it was conceived in the last years of the Cold War. Consequently, its limits on strategic nuclear weapons were too high, at six thousand warheads for each side. It was excessively prescriptive on how each party was allowed to maintain and operate its forces, and its verification system, although highly efficient, was too cumbersome and expensive. These drawbacks were not the fault of negotiators: in the late 1980s, six thousand warheads represented a very significant reduction. Trust between the parties was still low, and there was little experience with designing and operating an efficient verification system. It was a good treaty whose time had probably passed by the end of the 1990s. As both the United States and Russia continued to reduce their strategic arsenals well below the START I limits and acquired significant experience with verification, the need for a new treaty became increasingly apparent.

Yet two attempts to negotiate a replacement failed. START II was signed in 1993, but never entered into force, and was formally abandoned by Russia in 2002 after the United States withdrew from the 1972 ABM Treaty. In 1997, the two countries agreed on a framework for a new treaty, which could have become START III, but negotiations were still in an early stage by the time the White House passed from the Democrats to the Republicans in 2000, and talks did not resume in 2001.

In its place, the George W. Bush administration proposed a much simpler arrangement—effectively a joint statement, with a promise of significant new reductions. Although it was given, at Moscow’s insistence, the status of a legally binding treaty, in essence 2002’s Strategic Offensive Reductions Treaty (SORT) remained little more than a joint statement. More importantly, it lacked its own verification mechanism, while the START I verification system was poorly designed to confirm compliance with the central limit of 2,200 deployed nuclear warheads. With the planned expiration of START I, SORT was set to remain without any verification whatsoever—yet the George W. Bush administration remained unenthusiastic about concluding a new treaty.

Barack Obama’s administration, which came to the White House in January 2009, had only limited time to address the problem. What the United States and Russia needed most of all was the restoration of the transparency and verification system. Extension of START I was possible, but not desirable, because the treaty itself was outdated. The two countries needed something smoother, more flexible and less expensive.

To fully assess the role that New START played in the history of U.S.-Soviet and U.S.-Russian arms control, it is worth recalling that the central mission of any arms-control treaty is predictability: it is supposed to provide each party with reasonably solid knowledge of the security landscape (in this case, the strategic nuclear balance) in future years. The absence of predictability is likely to trigger fear of aggression, worsening political relations or even an arms race. Quantitative and qualitative limitations obviously play an important role as well, but they are not particularly useful without predictability. Verification can enhance the quality of the treaty as well, but has limited value in the absence of other components.

START I was perhaps the most balanced treaty, bringing together limitations, verification and predictability in almost equal shares. During the next decade, treaties increasingly came to emphasize limitations over other components. Accordingly, the main mission of New START was to rebalance that drift, although it did also provide for about a one-third reduction of the two countries’ strategic nuclear forces. The system of limitations and verification is significantly simpler than that of START I making its implementation less cumbersome and much cheaper. All in all, it is a good treaty that achieves the task it was designed for.

However, by design, New START has limited scope, and did not fully address some important issue areas:

- Conventional strategic weapons. The United States’ virtual monopoly in long-range conventional weapons used to be (and to extent remains) a key concern for Russia. Such weapons are not only usable, in contrast to nuclear weapons, but have been used in several conflicts, beginning with the 1991 Gulf War. New START allowed the United States to have at least a hundred delivery vehicles with conventional warheads, and to increase their number at the expense of nuclear weapons if necessary. Moscow accepted that compromise, but has never treated it as fully satisfactory.

In fairness, there was little chance to resolve these long-standing major issues in the short time the two countries had to finalize New START. On the other hand, it was designed to remain in force for at least ten years, providing seemingly sufficient time to address them during subsequent negotiations.

Unfortunately, the parties have failed to achieve any progress on these and other issues since the entry into force of New START. In 2013, President Obama proposed an additional one-third reduction of strategic nuclear weapons within the framework of New START, which could be implemented through an executive agreement without going through a painful and controversial ratification process. Moscow, however, refused to even consider that offer, saying that it was wrong to concentrate on just one element of the overall strategic balance (nuclear weapons) without addressing the others (primarily missile defense and long-range conventional weapons). The Trump administration inherited this impasse.

It is almost inconceivable that the United States and Russia will conclude a new treaty in the remaining three years of New START’s life. There are four main obstacles, and any one of them can derail such an endeavor.