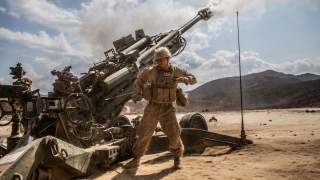 It is that time again, when all the quick-fix budgeteers call for another Base Closure and Realignment Commission (BRAC), promising billions of dollars in defense budget savings if only those wasteful Congress people give up their rights to oversee defense spending and supposedly their bitter clinger grip on the bases in their communities. It doesn’t matter that it is hard to document real savings from recent BRACs. Rather, they say, here is another way to create magic money—savings in out years—that we all can use as is our preference, either for more defense hardware or taxpayer savings.

In the eyes of the BRAC proponents no one gets hurt. It is all win-win. The military gets to dump some useless and costly bases in order to maintain other facilities. The locals get to put the excess property to more productive use: say, how about a brand new international airport or waterside apartments and a first class golf resort? The vision is that soldiers and sailors are sent off to drive drunk someplace else while the local community attracts highly paid workers and their families from across the country for a new innovation center.

To be sure, good things can happen when bases close. I would have been happy to invest in the Presidio, Governors Island or Fort Sheridan if given the chance. Bases located in the middle of thriving cities or along the coast can find more productive uses than military motor pools and weapons storage facilities. I am all for kicking the Naval War College off its island in Newport and onto Joint Base McGuire-Dix-Lakehurst in New Jersey. Condos with a view of Narragansett Bay would sell quite well.

The savings from base closures are important only when an activity is eliminated and forces demobilized—not when they are relocated and put a in classy new buildings at another facility. Tons of money and years of effort are needed to clean up bases so that they can be reused. Military sites are notorious for their toxic contaminations, the product of past bad habits and the need to deal with weapons testing and training.

The problem is that lots of military bases are located in the middle of nowhere, far from easy conversion to civilian employment. When a base closes and the troops move away, the local economy disappears. Those awful congressional representatives protect the local bases because they represent locals who worry about the fate of their communities. Compensation needs to be provided to the local communities hit by base closures in job-scarce regions.

BRAC was set up in 1988 and aimed to take the politics out of base closing. A presidentially appointed commission would review proposed Defense Department base changes and pick a list that would be subject to only an up or down vote in Congress. But deals are made off-line and out of public view. Bases on the list are stuffed with other government-funded activities. For instance, Pease Air Force Base in New Hampshire lost its bomber wing, but got State Department manned Passport and Visa Processing centers. Fort Devens in Massachusetts lost its Special Forces unit, but got reserve facilities and a Federal Prison Hospital.

The calculation of whether or not base closures and facility shifts actually save taxpayer money needs to include these compensating activities. Shifting defense dollars from one account to another or to other agencies ought to be explicit. The BRACs also hide the fact that the military has moved south, stripping New England and other northern states of their share of the active military. The base closures need to be debated openly and the compensation made clear.

Bases were closed before the BRAC process was enacted and can still be closed after the BRAC process is abandoned. The key is recognizing all the costs involved in the closure of bases, such as relocation and cleanup, but also compensation for federal agencies and the loss of military contact with significant segments of American society. Congress needs to be a direct participant in the process. This may make it harder to close some facilities or to move activities to different regions of the country, but such actions are inherently political decisions and thus require the consent of all those affected.