The Next President Could Implement a Cacophony of Controversial Policies 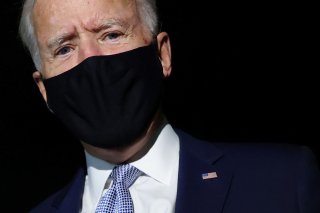 President Donald Trump recently said that, if re-elected, he would quickly strike deals with Iran and North Korea. At the same time, Joe Biden has indicated that he would rescind Trump’s tariffs on China and reverse his decision to withdraw from the 2015 nuclear deal with Iran. Common to both leaders—and to their audiences—was the belief that, rather than confronting adversaries, it is better to engage them.

Over the past hundred years, and inexorably since the anti-war movements of the 1960s, engagement has achieved near-sacred status. Institutionalized in dozens of international agencies, taught as writ in Western classrooms, the view of engagement as the ultimate diplomatic tool is no longer challenged. The very word is ameliorative, especially when combined with “mutual respect,” “frank and honest,” and “understanding.” The irony is that, historically, engagement rarely works. On the contrary, it almost always backfires.

That lesson is taught, in cringing detail, by the Bible. When Dinah, Jacob’s daughter, is raped by Shechem, his father engages the Israelites. “You shall dwell with us; and the land shall be open to you,” Hamor placates them, and even agrees to circumcise all his male subjects. The sons of Jacob accept the offer, but two of them—Simon and Levi—massacred the incapacitated Canaanites and pillage their city, “all their wealth, all their little ones and their wives, all that was in the houses.” The fact that Simon and Levi later pay a price for their perfidy does not diminish the lesson’s power. Engagement does not pay.

The same conclusion is reached roughly contemporaneously in the Odyssey. Feigning the need to conciliate the goddess Athena and announce the end of their war with Troy, Greek warriors construct a large wooden horse. When this “thing of guile,” as Homer calls it, is hauled into the city, the swordsmen spring out and rampage. The warnings of one Trojan priest, quoted by Virgil nearly a thousand years later—“beware of Greeks bearing gifts”—goes unheeded.

The Romans, in turn, ignored Virgil’s admonition in later appeasing the barbarians. Alaric, King of the Visigoths, ransacked Greece in 396 C.E. and set his sights on Rome. Hoping to appease him, Roman leaders made him a general and enriched him with gold and grain. In 402, though, he invaded Italy and plundered its capital. The Romans “who had respected the faith of treaties, were justly indignant,” wrote Edward Gibbon in the History of the Decline and Fall of the Roman Empire, while “the success of the rebellion encouraged the ambition of every leader of the foreign mercenaries.”

These ancient accounts point out the principle danger of engagement, namely, that it can easily devolve into appeasement. That observation was certainly borne out in the twentieth century, beginning in Munich. The city whose very name is synonymous with appeasement was the scene of a disastrous summit between Adolf Hitler and British prime minister Neville Chamberlain in November 1938. In return for promises of “peace in our time” and disarmament, Chamberlain acceded to Hitler’s demand to dismember Czechoslovakia. “The path to appeasement is long and bristles with obstacles,” the British leader wrote, “I feel [now] that it may be possible to make further progress along the road to sanity.” Bitterly rejecting this approach, Winston Churchill replied with words which should be memorized by every modern statesman. “The idea of reasoning with terrorists without force or with appeasement is naive, and I think it’s dangerous,” he stated. “An appeaser is one who feeds a crocodile hoping it will eat him last.”

Churchill’s quotes on appeasement were documented by the CIA in a memo prepared for Secretary of State Henry Kissinger in the 1970s. By that time, the United States should have drawn unequivocal conclusions on the subject. During the 1956 Suez Crisis, President Dwight D. Eisenhower rescued Egyptian dictator Gamal Abdul Nasser from defeat at the hands of Israel, Great Britain, and France. Nasser rewarded Eisenhower by fomenting anti-American revolutions throughout the Middle East. Later, in 1959, the Eisenhower administration hosted Cuban rebel Fidel Castro in Washington. He ate hotdogs, kissed babies, and even placed a wreath on George Washington’s grave. Richard Nixon, Eisenhower’s Vice President, found him to be naïve about Communism but otherwise “a leader of men [who] seems to be sincere.” Nixon was unaware that Castro’s agents were at that same moment meeting with Soviet officials in Moscow.

Thirteen years later, in February 1972, President Richard Nixon and Secretary Kissinger flew to China. In the “week that changed the world,” they met with Chairman Mao Zedong and Premier Zhou Enlai and toured three cities. After a hiatus of two decades, diplomatic relations were restored. The Americans made several strategic gestures toward the Chinese, including the withdrawal of U.S. forces from Taiwan, but did not demand the cessation of Beijing’s military support to North Vietnam and North Korea. The goal, rather, was to reach a modus vivendi with China based on mutual antagonism to the Soviets and its peaceful transformation into a capitalist and more open society. “Neither China nor the United States, both great nations, want to dominate the world,” Nixon told Mao. “We can find common ground, despite our differences, to build a world structure in which both can be safe to develop in our own way on our own roads.”

Though Nixon’s initiative proved successful in the short-run, breaking up the Chinese-Soviet alliance, five decades later, it must be judged a failure. Neither Nixon nor Kissinger foresaw Belt and Road, China’s fifty-two-country, $1.3 trillion initiative to dominate the world economy and edge out the United States. He did not envisage the expansion of Chinese naval power from the South China Sea to the Indian Ocean, the Persian Gulf, and the Mediterranean. Unforeseen was China’s emergence as a financial giant that refuses to play by Western rules while subverting them, and a society that is both capitalist and ruthlessly closed. “We must cultivate China during the next few decades while it is still learning to develop its national strength and potential, otherwise we will one day be confronted with the most formidable enemy that has ever existed in the history of the world,” Nixon wrote. America engaged China earnestly and may already be facing that foe.

The belief in engagement, as we have seen, is not limited to Americans, to right- or left-wingers. For a decade, from 1993 to 2003, Israel engaged Palestinian Liberation Organization chairman Yasser Arafat. Under his leadership, the PLO had launched numerous terrorist attacks against Israel and bombarded it from bases in Jordan and Lebanon. The goal, whether staged or immediate, was Israel’s destruction. Yet Israeli foreign minister Shimon Peres believed that Arafat could be assuaged and changed. “The Palestinians are our closest neighbors,” Peres said. “I believe they may become our closest friends.” Israeli-Palestinian peace, Peres believed, would usher in a New Middle East, a region without borders or competing nationalisms. He convinced both Prime Minister Yitzhak Rabin and President Bill Clinton of the sincerity of Arafat’s transformation from terrorist to peacemaker, and to join him in signing the Oslo Accords.

Those agreements fell victim to many factors including Rabin’s assassination by an anti-Oslo gunman in 1995, but above all to continuing Palestinian terror. A last-ditch effort by Clinton at Camp David in 2000 led to an offer of Palestinian statehood in Gaza, almost the entire West Bank, and half of Jerusalem, but Arafat walked away. “I am a failure,” Clinton told the chairman, “and you have made me one.” Weeks later, Arafat presided over a wave of terrorist attacks—the Second Intifada—that claimed one thousand Israeli lives and forced the Israeli military to re-occupy Palestinian cities. Oslo was dead. The New Middle East envisaged by Peres, borderless and denationalized, would later emerge in the form of the Islamic State’s caliphate.

Peres later tried to broker a U.S.-Iranian reconciliation by funneling American weapons to Tehran in 1985. Simultaneously, Washington was selling dual-use military technology, even materials used in creating weapons of mass destruction, to Iraqi dictator Saddam Hussein. These initiatives not only collapsed, they boomeranged. The arms transferred to Iran and Iraq would eventually be used against both the United States and Israel.

Still, rather than realists, critics of engagement risk being labeled war-mongers. Advocates of the practice can point to many examples where it has succeeded. Theodore Roosevelt mediated an end to the Russo-Japanese War in 1905 and Jimmy Carter brokered the 1979 peace accords between Egypt and Israel; both men earned Nobel prizes. But a closer examination of the record reveals that engagement proves most effective when the stakes are low and the engager faces no immediate threat. Engagement works best when it is perceived as coming from a position of strength rather than a place of weakness.

Weakness, unfortunately, was key in the most celebrated engagement of this century so far, the 2015 nuclear deal with Iran. While imposing international sanctions on Iran, the Obama administration reached out to the regime with “mutual respect” and the hope that it would become “a responsible regional power.” To this end, the White House overlooked Iranian aggression against Americans and their allies as well as its support for terror and recognized its right to enrich uranium. President Barack Obama later admitted that military action against Iran was never seriously contemplated. The result, signed on July 14, 2015, was the Joint Comprehensive Plan of Action (JCPOA). “This deal demonstrates that American diplomacy can bring about real and meaningful change,” the president declared. “[It] makes our country, and the world, safer and more secure.”