The Next Push for Democracy Has to Be Different 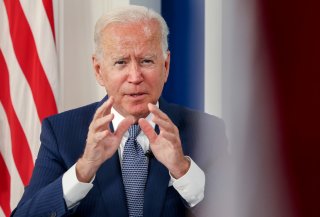 After investing trillions of dollars and two decades in Afghanistan, America’s withdrawal from the country has prompted reflection on whether the United States should continue to support democratic transitions around the world. The Biden administration made its position clear only a few weeks ago by announcing that it will hold the first part of its “Summit for Democracy” in December, virtually, followed by an in-person gathering in 2022. The president has repeatedly said that promoting democracy abroad is essential to winning the “contest” with autocracy that the United States and allied democracies are engaged in with China, Russia, Iran, and other authoritarian states. With this in mind, what can the United States learn from the Afghanistan fiasco? How should it recalibrate its approach?

To advance democracy overseas, the United States needs a strategy with clear goals, a definition of success that is specific to context, and measurable metrics to gauge progress. Its effectiveness will depend on harnessing the lessons from past successes and failures, including the recent failure in Afghanistan. A summit, absent a broader strategy, will generate buzz but will not result in more countries democratizing.

Even though the United States has made democracy promotion a priority since the early 1980s, the results have been distinctively mixed, particularly in recent decades. There is certainly no shortage of demand for democracy as large-scale protests expressing dissatisfaction with authoritarian governments have erupted across the globe in recent years in places such as Russia, Algeria, Iran, Togo, Venezuela, and Thailand. As the administration rightly points out, the growing competition with China and other authoritarian regimes makes the issue increasingly relevant to U.S. interests.

An “under the hood” examination of each country’s particular “democratic foundation”—the factors that determine the likelihood for democracy to take root in the short term—will help policymakers know what to prioritize in different contexts and maximize the likelihood of success over the long term.

The More Transitions Change, the More Approaches Stay the Same

Democracy has declined annually over the last fifteen years. COVID-19 only exacerbated this troubling trend by allowing authoritarian leaders to suppress dissent in the name of fighting the pandemic. While authoritarian regimes have undoubtedly played a major role in today’s so-called “democratic recession,” by employing new tactics to suppress dissent and hold onto power, Western democracies could have done more to help avert it.

By prioritizing other interests over support for democracy, the United States and its allies did not devote enough attention to protecting democracy throughout the world. In those places where Western powers did engage, they failed because their approaches to understanding and supporting democratic “transitions” did not keep pace with the evolution of the very nature of these transitions.

Today’s transitions are different than in the past. Whereas transitions in prior “waves” of democracy occurred in countries with relatively favorable conditions (e.g., Poland), the countries trying to democratize today (e.g., Afghanistan) often have more challenges to overcome: weaker institutions, greater social divisions, poorer economic fundamentals, less supportive neighbors, and domineering militaries. These difficulties are only made more complicated by the fact that authoritarians now use more effective techniques to squash dissent. Despite these differences, Western governments supporting democratic change are largely using the same playbook, disregarding each country’s underlying democratic fundamentals—what we term “democratic foundation”—in their strategies.

The cases of Tunisia and Libya during the Arab Spring demonstrate this point. Tunisia, which is relatively cohesive, has stable state institutions and boasts a large middle class that has been exposed to democratic norms abroad. Despite its recent troubles, it has been its region’s only successful transition to democracy. After the fall of the previous regime, the major political forces came together quickly to work on the transition. Even though the country has faced many problems since, leaders and influential groups are still working together peacefully (if not always agreeably).

In contrast, Libya is splintered tribally, ethnically, regionally, and ideologically. The middle class has limited exposure to foreign democratic norms, and the country has little experience with democracy or modern statehood. Plagued by patronage and corruption, government bodies are weakly institutionalized and rarely apolitical. While opposition forces cooperated to oust the Muammar al-Gaddafi regime, once it fell, they mostly competed for resources on their own, frustrating every attempt to establish a stable and unified national government. The proliferation of weapons and intervention of multiple outside powers certainly did not help. The country has very limited cohesion and lacks institutions robust enough to funnel activity towards productive outcomes.

Despite the differing contexts and dynamics in Libya and Tunisia, the strategy of international actors, led by the United Nations Support Mission in Libya, has been essentially the same as it was in Tunisia. This includes bringing key actors together, forging a political settlement, conducting elections, and assuming the winners will be able to build a robust and accountable national government that can settle the country’s myriad conflicts and deliver the stability and prosperity the people long for. The results have been exceptionally disappointing; Libya has been mired in war since 2014 and has two governments claiming authority.

As each country has a significantly different “democratic foundation,” they require different strategic responses that are customized to the context. This foundation depends on structural social, political, and economic factors that are unlikely to change in the short term. Depending on the degree of trust among key social groups, the strength of state institutions, the size of the middle class, the influence of neighboring countries, the extent and nature of the international context, and the dynamism of the economy, each country has different possibilities that need to be assessed and understood before the United States and its partners formulate strategic priorities and plans to realize them.

We recommend using a framework that groups countries into one of three zones along a continuum depending on how sturdy their democratic foundation is. This democratic foundation is not dependent on regime type or the immediate tactical landscape and can only be changed gradually over time. For example, while Hong Kong is undemocratic, it has a sturdy foundation; Nigeria, on the other hand, is democratic but has a frail foundation. While democratic activists can always aim to increase regime accountability, enhance the democratization of society, and work towards a transition, the nature of the opportunity for change will differ from place to place.

Countries that have more cohesion, more robust institutions, better security, stronger economic fundamentals, and a better neighborhood (zone 1) are likely to have excellent prospects for democratization; elections can come quickly, with less concern over electoral design and state capacity. In countries with middling foundations (zone 2), reformers should be more incremental and opportunistic. Countries such as Somalia, South Sudan, and Burma have a frail foundation (zone 3), with highly fragmented political cultures, weakly institutionalized state structures, fragile neighbors, poor economic fundamentals, and potentially high levels of negative foreign intervention. In these countries, activists should be cautious, investing in the foundation and seeking only gradual change.

The importance of a strong foundation to advance democracy is most clear during a transition. Transitions test states more than any other type of challenge. Changes in political regimes create power vacuums and unleash powerful collective emotions. Competing political identities typically surge in importance while the formal structures of government are unable to manage them. As a result, despite high expectations when transitions start, almost all attempts to democratize face several obstacles that can easily lead to disappointment and even backlash. Clashing visions and priorities—sometimes on ethnic, religious, regional, clan, caste, class, or ideological lines—can prevent the formation of stable regimes that are widely viewed as legitimate. Weak governments can fail to act capably and equitably, encouraging groups to fight for power in zero-sum fashion. Economies can stagnate or decline, making reform difficult to sustain and hurting the lives of the very people whose high hopes often ignited the transition in the first place. Violence in some form may also be a danger.

The challenge for democracy promoters worldwide is that the countries that are transitioning or have the potential to transition typically have a weaker foundation (zone 2 and 3) than that of their predecessors. Failure or regression is more likely, as the current events in Afghanistan demonstrate.

As the Biden administration shifts from summitry to strategy, it needs to carefully consider where and how to support democratic transitions.

Defining and achieving success in a transition requires a deep understanding of local dynamics. Thankfully, activists and those working in transitioning countries can provide the necessary knowledge. However, international assistance often determines where energy is focused and what lessons are applied. If too much effort is focused on the wrong lessons—or the lessons are not learned—money will flow into activities that are less than ideal or even counterproductive.

Diplomats and aid practitioners working on priority countries should be required to conduct an in-depth analysis of the democratic foundation and tactical landscape before devising their priorities. Plans should be designed to be more politically astute and adaptable to local conditions by ensuring that aid is designed so that there is ample scope to monitor, evaluate, learn, adapt, and reformulate. Funding mechanisms should be designed to respond rapidly to opportunities, with programming (not goals) altered as needs evolve.