The Next Taiwan Strait Crisis Has Arrived 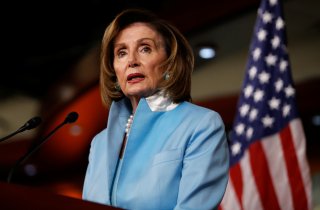 The Taiwan Strait Crisis of 2022 has begun. It is not yet clear how it will unfold, or when and how it will abate. What is clear is that it was wholly avoidable. And it probably will deepen the gulf in the U.S.-China relationship, which was sorely in need of efforts to arrest the downward spiral.

Whether Speaker of the House Nancy Pelosi should be visiting Taiwan is now a moot point. But it nonetheless matters that the visit was never going to achieve anything of positive substance, at least nothing worth the risks. As scholar Shelley Rigger, one of the leading American experts on and supporters of Taiwan, said: “I’m begging someone to explain to me how Nancy Pelosi going to Taiwan right now makes Taiwan safer. We have an obligation to our partner to consider whether its security is enhanced or diminished by the actions we take.” Yet it appears obvious that Pelosi’s decision to visit was driven primarily by domestic politics, as was President Biden’s apparent unwillingness to dissuade Pelosi from making the trip. If any potential strategic consequences were considered, they appear to have been outweighed by political considerations.

Instead, the discourse has shifted to which side—Beijing or Washington—bears responsibility for the crisis that will now preoccupy both. And, predictably, both sides are entirely blaming each other, when it should be obvious that there is more than enough responsibility to go around. The warning signs, and the explicit warnings themselves, were plentiful but ignored or dismissed. So the schoolyard cries of “he started it” and “it’s all his fault” carry no weight.

Several specious rhetorical arguments have been used to attempt to justify Pelosi’s trip in the face of Chinese threats. Congressman Ro Khanna insisted that “the Chinese Communist Party doesn’t get to dictate the travel schedule of the Speaker of the House.” Indeed, there is a voluminous catalog of affirmations that “the Chinese can’t tell us what to do.” But this bypasses the possibility that Washington might have its own very good reasons for not doing something Beijing doesn’t want it to do—and should base its decisions on those reasons, regardless of Beijing’s preferences. Khanna’s argument also overlooks the extent to which Washington itself is often telling the Chinese what to do or not do.

Then there is the argument made by Washington Post columnist Josh Rogin: “If China does something aggressive when the Pelosi delegation visits Taiwan, that’s China starting a crisis, not the United States. The Chinese government should take a deep breath and relax.” Washington cannot be denied any agency in contributing to this crisis. And there can be no doubt about what Washington’s response would be if Beijing told it to “take a deep breath and relax” rather than react to something China did contrary to U.S. wishes.

Finally, National Security Council spokesman John Kirby told CNN that “there’s no reason for the Chinese rhetoric” against Pelosi’s trip and “there’s no reason for any actions to be taken” by Beijing in response. This is based on the premise that the Pelosi visit is consistent with longstanding practice in the conduct of “unofficial” American relations with Taiwan under Washington’s “One China” policy. Many observers have noted that U.S. congressional delegations frequently visit Taiwan and that there was precedent in then-House Speaker Newt Gingrich’s visit in 1997. But this entirely disregards the present historical and political context of Pelosi’s visit. It comes in the wake of the serious downturn in U.S.-China relations; the cumulative developments in Chinese, American, and Taiwan politics over the past twenty-five years that contributed to that downturn; and especially the cumulative erosion of Washington’s “One China” policy over that period.

Many specialists in the scriptural study of the founding documents of the “One China” policy—the three U.S.-China Joint Communiques, the Taiwan Relations Act, and Washington’s Six Assurances to Taipei—have made the case (especially in the past week) that Pelosi’s visit “in no way contradicts” those documents and upholds Washington’s non-support for Taiwan independence or “changes to the status quo” on the Taiwan Strait. But that case, frankly, is simply not persuasive or credible. This is partly because Taiwan already claims independence, and partly because Beijing, Washington, and Taipei all have different definitions of “the status quo.” It is also partly because U.S. policy on interaction with Taiwan has changed incrementally and unilaterally over the past thirty years. Finally, Pelosi is traveling on a U.S. military aircraft and her own office today issued a statement referring to her visit as “official.”

Perhaps most importantly, Beijing has already rejected the U.S. explanation. Indeed, it is precisely because Washington has declared that Pelosi’s visit is normal and that Beijing has “no reason” to react that Chinese leaders feel compelled to do so. It is worth recalling that Beijing reacted vehemently to then-Taiwan president Lee Teng-hui’s 1995 visit to the United States partly because the Clinton administration had initially told Beijing it was opposed to granting Lee a visa on the grounds that it would violate the “One China” policy, but then allowed the visit after deciding it would be consistent with that policy. Washington thus should not be surprised if Chinese leaders conclude, as they did in 1995, that Beijing must now take actions to demonstrate that it has red lines on the Taiwan issue and to insist that the “One China” policy has reliable substance. And today, China is delivering that message with capabilities and leverage that it did not possess in 1995—indeed, capabilities that Beijing was prompted by the events of 1995 to pursue.

Washington appears to have underestimated or dismissed the possibility of a severe Chinese reaction to Pelosi’s visit, calculating that Beijing would not assume the risks of escalating it into a crisis—including the potential domestic political risks to Xi Jinping on the eve of the upcoming 20th Chinese Communist Party Congress, where he seeks “reelection” to an unprecedented third term—or would not dare challenge and provoke the United States, and thus would accept the argument that Pelosi’s visit was symbolic and consistent with the “One China” policy. If so, Washington miscalculated on all three counts. Beijing sees the need, and it obviously is prepared to accept the risks of demonstrating its red lines. Xi clearly believes that his domestic credibility requires him to push back firmly rather than acquiesce and retreat. And Pelosi’s visit obviously has prompted Beijing to draw a line in the sand.

Where we go from here will depend on whether there is still room for mutual understanding between Washington, Beijing, and Taipei. This would require all three to confront the core unresolved issues underlying the cross-strait dilemma, rather than focus exclusively on rhetorical posturing and deterrence games. One online U.S. commentator has insisted that Beijing cannot be allowed to “control the narrative” on Pelosi’s visit in an attempt to justify its actions and shift the blame to Washington for any escalation. But neither should Washington and Taipei expect that they will be able to control the narrative and escape some responsibility for creating the crisis we now face.