Nightmare or Necessity: Is It Time for Regime Change in Russia? 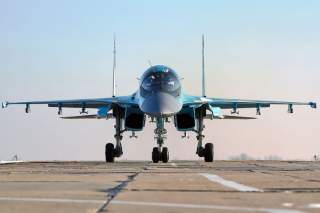 On Friday, Newsweek published an op-ed by Rutgers University professor Alexander J. Motyl calling for regime change in Russia. While noting that “regime change” has—in light of recent history—become a “dirty phrase,” it would, we are told, constitute “the best thing that could happen to Russia.” Motyl’s article will no doubt bolster Russian president Vladimir Putin and Foreign Minister Sergei Lavrov’s oft-voiced suspicions that the real goal of the Western sanctions against Russia has always been regime change.

The ideas underpinning Motyl’s argument are familiar ones. Implying causality, Motyl says, “Putin’s regime is oppressive at home and imperialist abroad.” Further, Putin lacks legitimacy; his regime is sustained only by his “cult of personality” and “his ability to project a hyper-masculine image of vigor and vitality.” In spite of this, “the regime is fast crumbling and could easily collapse in the coming months or years.” This last is but one in a series of predictions by observers such as AEI’s Leon Aaron, who, in the pages of Foreign Policy magazine in February 2012, declared, “Putin is already dead.”

In light of American-led efforts at regime change in Kosovo (1999), Afghanistan (2002), Iraq (2003) and Libya (2011), a call for regime change against the world’s largest country by size and 8th by GDP should raise more than a few eyebrows. The idea that Putin’s regime is “imperialist” abroad because it is “oppressive” at home is a core tenet of Democratic Peace Theory, which posits that a regime’s internal politics shapes it outward-facing posture.

Even a casual student of history knows that no deterministic link between the internal behavior of a regime and its foreign policy exists. There have always been regimes that are repressive at home, but pose little threat to the outside world; Pinochet’s Chile, the Gulf Emirates, Mubarak’s Egypt, modern-day Myanmar and, yes, Erdogan’s Turkey. Conversely, there have always been regimes that order their domestic life beneficently, yet go abroad to pillage and plunder. Belgium, England and France’s long history of colonialism in Africa and Asia are but the most obvious examples.

Those like Motyl who espouse regime change in Russia fail to take the next imaginative leap to consider what a destabilized Russia—with its vast arsenal of nuclear-weapons stockpiles and its restive Muslim population in the North Caucasus—would mean for global security. The implications are far-reaching and not terribly hard to envision.

Motyl further attempts to justify his call for regime change by questioning Putin’s legitimacy, dismissing the fact that—despite a collapsing economy—he remains quite popular among the Russian people. No doubt these numbers are inflated by the largely state-controlled media apparatus—but that can hardly account for approval ratings hovering between 80 and 90 percent. Does the United States really have the right, the wisdom or the ability to overthrow Vladimir Putin for perceived crimes against a country, Ukraine, with which we have negligible ties or interests? The answer is no. Can Motyl tell us with any degree of certitude that a post-Putin regime wouldn't be even more attuned to protecting Russian national interests? The answer, again, is no.

Motyl’s piece highlights an idea that is widely held among both neoconservative activists and latter day Wilsonians: that regional stability can and should be sacrificed on the altar of democratic idealism. It is taken for granted by writers like Motyl that promoting regime change in Russia is an inherently moral choice, never mind the instability that that choice may engender. Yet based on our recent experiments in regime change, it would seem that the instability wrought by our interventions wreaks havoc on the lives of ordinary people who, after all, have had no say in the matter. Is that what is meant by a moral foreign policy?

If, then, Motyl’s reasoning collapses upon the smallest scrutiny, what, it might fairly be asked, is the motivation here? This, too, is not hard to divine. The Professor’s Newsweek article was initially published on the Atlantic Council’s blog. Now, the Council, in conjunction with the Brookings Institution and the Chicago Council on Global Affairs, has issued a report that argues for greater American intervention in Ukraine. The report calls for the United States to provide Kiev with, among other things, “$1billion in military assistance as soon as possible, with a further $1billion in each of the following two years.” The champions of intervention abroad, in other words, are back. Or perhaps they never left in the first place.