Nightmare Scenario: 300 Firms File for Bankruptcy Even with PPP Funding 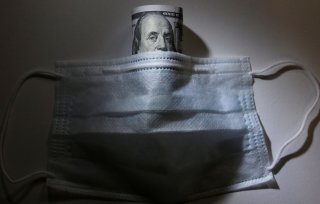 Nearly 300 companies that received up to $500 million in Paycheck Protection Program funding have filed for bankruptcy, according to an analysis of government data and court filings conducted by The Wall Street Journal—a figure that’s “likely far higher” as the research only examined the PPP’s biggest borrowers.

The companies that have filed for bankruptcy employed a total of 23,400 workers, with many of them citing that the PPP didn’t provide enough funding to sustain the brutal economic downturn from the coronavirus pandemic. Some also noted that the lack of additional relief from Congress since the Cares Act in March interfered with their business operations.

The Wall Street Journal’s findings scanned only the big borrowers from the PPP, which comprised about half of the overall loans and about 13.5 percent of the number of participants. The publication added that many small businesses tend to liquidate, rather than file for bankruptcy when halting a business.

The Small Business Administration (SBA) has pumped about $525 billion in PPP loans to 5.2 million companies since April, but the administration has only reported data on the biggest borrowers in the program. These companies that filed for bankruptcy borrowed between $228 million and $509 million.

About fifty percent of the 285 companies that The Wall Street Journal identified have filed for bankruptcy since August, around the same time Cares Act federal relief expired. These firms resided in nearly every state, referring to the seething pandemic as the reason for their bankruptcies.

But economists indicated that the bankruptcy data will likely grow in the upcoming months, especially with no federal relief in sight and with the new statewide restrictions on restaurants and small businesses that have been implemented to contain the spread of the virus.

“I would be very surprised if we do not see a sharp acceleration in bankruptcies over the next few months especially if we do not get an early budget support program for small and medium-sized companies,” Desmond Lachman, a contributor to the National Interest and a resident fellow at the American Enterprise Institute (AEI), said.

Lachman continued to say that it’s not just the “very dark Covid-19 winter” with unseen reported cases that will have a financial impact on these firms. He said, “It is also that we are already seeing many states reacting to the increased Covid-19 incidence of cases by rolling back significantly the earlier easing in the lockdown. These new restrictions are likely to fall most heavily on those small and medium-sized businesses that are in no position to absorb another Covid-19 shock and that could be tipped over the brink.”

Kyle Pomerleau, economist and resident fellow at AEI, added that the overall second wave of the deadly disease could make customers less energized to go out in public to many of these businesses.

“A second wave will certainly have an adverse effect on small business cash flow. Regardless of whether there are state-wide or local lockdowns, individuals may be unwilling to risk infection by going to these businesses,” Pomerleau said. “As such, I think that the federal government should provide some level of support over the winter months as we get closer to the vaccine's availability.”

Negotiations between Senate Majority Leader Mitch McConnell (R-Ky.) and House Speaker Nancy Pelosi (D-Calif.) over another stimulus package have hit a brick wall, even with the second, deadly wave of the virus hitting almost every state in the United States. Both haven’t budged to strike a deal and compromise, as the two remain divided on several crucial provisions within the bill. McConnell and other Senate Republicans have proposed drafting a “targeted” bill that focuses on certain provisions like vaccine distribution, small businesses and unemployment insurance, rather than all.

“My hope is that we can have a bipartisan group here in the Senate,” Sen. Rob Portman (R-Ohio), a member of the Finance Committee, told CNBC on Tuesday. “I’ve been talking to colleagues on both sides of the aisle on this, to help on a targeted, effective program that deals with what we have to deal with now, to get through this valley, really, between now and March.”