No, China Doesn't Want Confrontation in the South China Sea 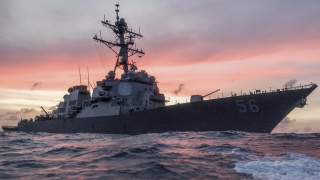 James Holmes is the inaugural holder of the J. C. Wylie Chair of Maritime Strategy at the Naval War College and coauthor of Red Star over the Pacific (second edition forthcoming this October). The views voiced here are his alone.