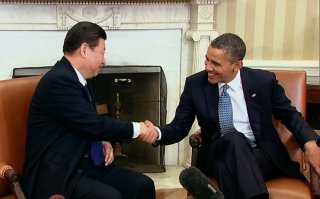 China’s Asian Infrastructure Investment Bank (AIIB) got several major boosts this past week, when the UK, Germany, France, Italy, Turkey and South Korea all announced plans to join, in addition to India and others already on board. This wave of U.S. allies flocking to join the China-led financial institution demonstrates the limits of Washington’s influence over its allies, at least in financial matters, for U.S. diplomats have been working overtime in recent months to discourage its allies from joining the AIIB.

The United States’ concerns about the new bank are legitimate. This is not just a U.S. power play to keep China’s influence down. U.S. Treasury Secretary Jack Lew and others have warned that at present the bank appears to be well below international standards in governance, transparency, environmental/labor safeguards and other global lending norms. Chinese state-run corporations and institutions have not scored high historically on issues of transparency, insulation from partisan Chinese governmental political machinations or adherence to objective rules-based governance, among other things, and so concerns about the potential for problems regarding the AIIB are not unfounded.

However, the question raised here is whether or not the United States’ extant strategy of trying to isolate the new institution is really the best strategy for addressing these concerns. My conclusion is that it is clear (especially now) that it is not, and the United States should simply sign on to the AIIB prior to the March 31 deadline for founding members for the following reasons.

First and foremost, doing so would allow it to work with its allies and other like-minded partners to help shape the new institution and hold the bank’s leadership accountable to global standards.

Second, the Wall Street Journal reported that China has relinquished its veto at the AIIB as a condition to the accession of a number of Western European partners, and this should allay some concerns the United States has had that Beijing would be able to use the bank to forward its (sometimes alternative) political agenda via AIIB lending, for example. Relinquishing the veto is a major concession, and appears to be a sign of Beijing’s willingness to be accountable to the international community to some degree.

Third, the United States has argued for some time that it desires to see China become “a responsible stakeholder” in the international system. This is a reasonable and rational request, and one that the Chinese themselves have found agreeable and have generally embraced (perhaps its maritime policies and things like its support for the Pyongyang regime following the sinking of South Korea’s Cheonan aside). China’s establishment of the AIIB could be a significant way for China to demonstrate it is indeed serious about becoming a responsible stakeholder, for surely there is a need for more loans in the region of the sort the bank could conceivably offer.

Fourth, it is clear the U.S. policy of attempting to isolate the Chinese in their establishment of the bank, and to encourage U.S. allies not to join, has failed, and it appears certain that the bank will move forward with or without the United States’ blessing. The United States must now move on, in search of a “what next” strategy. Joining the bank is the most reasonable choice at this point, particularly since the United States could have significant help from its allies in working inside the new bank to make sure it maintains high standards.

Last, by joining the AIIB as a founding member, the United States could reserve the right to withdraw from membership in protest down the road if U.S. (and general Western) concerns are not adequately addressed. The United States would have greater leverage in this sense by being in the bank than by remaining outside it.

American policy makers should have more confidence in their liberal policy proclivities than their current policy demonstrates. The rest of the world knows that global standards for such institutions are everyone’s “best practices” currently, and these standards reflect cherished liberal (and humanitarian) values. If China chooses to flout these values and practices, and instead chooses to use the AIIB for partisan political gain, it will be painfully obvious to everyone, and the other members would likely criticize Beijing for this. Given its level of interdependence with the rest of the world, China is highly accountable and vulnerable to international pressure if it misbehaves. Let us give China the benefit of the doubt for now, and let’s allow them the chance to prove they are responsible stakeholders (or not).

As Daniel Drezner, Jack Lew himself and others have pointed out, the United States should have supported reforms of the Bretton Woods institutions earlier. If it had, perhaps there would have been no market for the AIIB, or at least less support for its establishment. As things currently stand, however, a continued U.S. policy of trying to isolate Beijing over the AIIB only serves to isolate Washington, and does less to address Washington’s legitimate concerns about the bank than becoming a member likely would.

Greg Moore is an Associate Professor of International Relations at the School of Public Affairs at Zhejiang University (Hangzhou, China), and a member of the National Committee on US-China Relations.