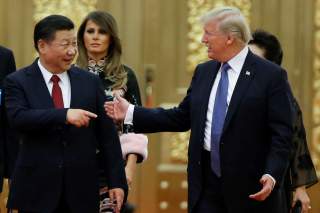 This is not a trade war. For the moment, the main participants, China and the United States, have primarily stuck to slapping tariffs on each other’s goods. To a degree, this shows a bit of restraint from the participants. But this is going to change. This is an economic war.

Yes, it has been labeled a trade war, but that belies the underlying motivations, concerns, and consequences. In the globalized modern economic framework, tariffs are a blunt, somewhat ineffective weapon to coerce friends and foes to trade fairly. However, as we have seen recently, there are ways for multinational corporations to avoid much of the blows. Harley-Davidson stated it would shift production of its iconic American motorcycle outside of the United States to avoid the European Union's retaliatory tariffs. BMW also reported its manufacturing plant in South Carolina would suffer as it shifted production for similar reasons.

The justifications used for engaging in the current dispute center heavily on America’s trade deficit. And—to be fair—the trade balance was negative $552 billion in 2017, and the goods trade deficit was even more grotesque. While economists will argue about the extent of their relevance, those numbers should raise some eyebrows. There is a level of justification for the opening rounds of a trade battle.

The Administration also cites the need to protect U.S. intellectual property, a legitimate and critical concern. There are numerous examples of shameless theft. For instance, recently a Chinese driverless start-up hired an ex-Apple employee accused of stealing driverless technology from his former employer.

But the opening rounds of small, targeted and mostly innocuous tariffs between America and China do not appear to be the end of the tariffs and the beginning of trade talks. The tenor is more of an opening salvo before the real war begins.

By definition, the United States running a trade deficit of its size gives it an advantage in a tariff-based war. This is because America imports far more than it exports, making targeting U.S. goods for reciprocal tariffs difficult as the lists and dollar figures get larger.

That is where the trade war ends, and the economic war begins. China—and the EU if it comes to it—will not simply stop when they cannot find more U.S. goods to place tariffs on. Instead, they will move on to the potentially far more painful and targeted non-tariff barriers. Whereas tariffs are a blunt instrument with difficult to control and unintended consequences, non-tariff barriers can be used with precision.

What is a non-tariff barrier and is there evidence that they will be used? Immediately following the release of the U.S. Trade Representative’s $200 billion in second round tariffs, reports began to come out that China would consider delaying mergers and acquisitions in response to the threat. That non-tariff barrier hurts the economic well-being of U.S. corporations.

But there are still more options for China. As U.S. economic growth slowed, U.S. businesses began to expand where the growth was most concentrated. For many industries, China was the obvious place. So, China is where the investment flowed, and—for many iconic U.S. companies—where future growth is expected.

Why does this matter for a trade war? Because it shows this is an economic war, not a trade war. China can make life exceedingly difficult for U.S. corporations that operate in or rely on China. In some ways, the exploitation of the China growth opportunity by U.S. businesses gives China more ammunition in a trade war than it would have had otherwise.

This means that there are ways for China to fight back at America's new tariffs on $200 billion Chinese goods. For example, it might merely mean looking for a reciprocal amount of U.S. corporate revenue to attack in one form or another.

It is impossible to understand the current economic environment by way of a trade war because it isn't one. Rather, it is an economic war. If tariffs are the conventional weapons in a trade war, then the non-conventional, non-tariff weapons will be the weapons of choice. China may not have goods to tariff, but that does not mean it has no ammunition in this economic battle.