No Time to Lose: Why Merrick Garland Must Indict Donald Trump 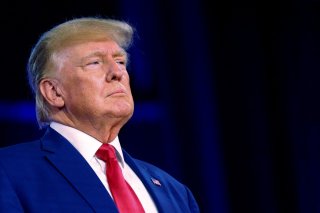 Whether he realizes it or not, Donald Trump is a devotee of that great showman P.T. Barnum, who reportedly coined the phrase “there’s a sucker born every day.” Given his well-documented lack of any historical knowledge to speak of, Trump may not even know who P.T. Barnum was. But his fundraising antics are redolent of Barnum’s philosophy. On any given day, those unfortunate enough to be on Trump’s mailing list might be asked to vote in polls such as “who would you have as your next president, President Trump or Joe Biden?”—the latter not being accorded the title to which he was elected. Or one might receive an offer of Trump’s favorite photo of himself. Or a chance to attend one of Trump’s rallies, all expenses paid. Or Trump golf balls, or Trump highball glasses. Of course, the contestant must cough up some money—perhaps $50 or, the email generously offers, the sucker can “give any amount.”

Trump will not be indicted for his hucksterism. No one forces his devotees to fork over their hard-earned sums. He could well be indicted for his role in instigating the January 6 insurrection, however. The FBI raid on what he terms his “beautiful Mar-a-Lago home” would indicate that the federal noose is beginning to tighten around his neck. What remains far from clear, however, is whether that noose is getting tighter quickly enough, or even whether it actually will get much tighter at all.

Attorney General Merrick Garland has been accused of moving too slowly to indict Trump. There is considerable merit to the accusation. Garland’s televised response to the question of why the Justice Department was moving at glacial speed (actually, a glacier can move more quickly) was that ultimately no one would be treated as above the law. “Ultimately” can be a very long time, however. It is indeed puzzling why Garland has yet to act after nineteen months of having his Justice Department investigate what happened on that January day.

Garland’s exceedingly deliberate approach appears to mirror that of the administration as a whole. After all, the Biden team was slow to plan for the military’s departure from Afghanistan, resulting in a chaotic debacle. It was slow to arm Ukraine with HIMARS rockets and other high technology systems, with the result that Kyiv lost more territory to Russia than might otherwise have been the case. It was slow to recognize that its “Build Back Better” domestic plan had absolutely no prospect of ever getting through the Senate. The cost of the far more realistic plan that actually did pass into law involved just over 20 percent that of its original version.

Yet it is critical that Garland accelerate his investigation and indict Trump. The former president is dropping increasingly heavy hints that he intends to run for his former office in 2024. Indeed, in the aftermath of the FBI raid on his home, which Trump claimed was “under siege, raided and occupied by a large group of FBI agents,” while calling himself “president,” he went on to assert that the raid was “an attack by Radical Left Democrats who desperately don’t want me to run in 2024, especially based on recent polls.” He is, in effect, positioning himself as a martyr in the event that he is indicted.

Trump is expected formally to announce in September that he is once again running for the presidency. Once having made his announcement, his response to an indictment would be an even shriller version of his accusation that the FBI raid was nothing more than political persecution.

On the other hand, his bleating would be far less credible if he were indicted before he announced that he is running again. To all but his most ardent admirers—that is, those who throw money at his offers of golf balls, whiskey glasses, photos, and free trips—his announcement that he was a candidate for president would appear to be little more than just another attempt to discredit the indictment. Moreover, an early indictment would certainly embolden his Republican rivals—and there are many—to challenge him for the nomination.

Well before January 6, I wrote in The National Interest that Trump was the most dangerous man ever to reside in the White House. Dick Cheney, no liberal and no RINO, has gone even further. In his moving endorsement of his daughter Liz’s primary campaign to retain her seat in the House of Representatives, Cheney rightly asserts that Trump represents nothing less than a threat to American democracy.

An early indictment may not on its own be enough to derail Trump’s efforts once more to seize the helm of this great land. But it would put Trump on the political defensive and hearten those genuine Republicans who wish to see him gone. Merrick Garland should not wait for Trump to announce another run for the White House. He should indict him as soon as possible and no later than Labor Day.