A Nonbinding UN Human Rights Agreement Can Still Be Powerful 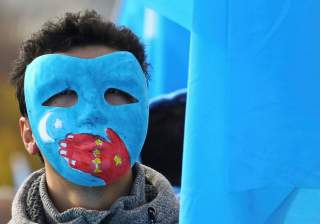 In Marrakech this month 164 countries affirmed the United Nations Global Compact for Safe, Orderly, and Regular Migration. What began with great optimism as an open, transparent, and inclusive process that would include all of the world’s states has been clouded by global political controversy over the compact and a series of last-minute withdrawals. At a time of misinformation over the compact, it is important to clarify what it is and is not, and why it matters. The Global Compact for Migration will not infringe on state sovereignty. If implemented properly, then it will be a meaningful framework for better migration management that will improve international security and human rights.

The compact is a non-legally-binding framework designed to address the global challenges and opportunities presented by migration. Stakeholders often explain it pithily by parodying its name: it is a framework to combat unsafe, disorderly and irregular migration. The document contains twenty-three objectives, each followed by a commitment to work toward that objective, followed by a list of best practices from which states “will draw” to do so. Some of objectives and commitments are concrete, such as strengthening efforts to collect disaggregated data on migration and to ensure that migrants have identity documents. Others are more vague and aspirational, such as working to minimize the structural factors that drive migration and to eliminate all forms of discrimination against migrants. The list of best practices is broad, compatible with existing international human-rights treaties, and includes practices common in most democracies, like ensuring that immigration detention is not inhumane. The compact is not pro-migration, but it promotes the improvement of human rights and international security. The content of the compact was painstakingly developed with input from states and stakeholders from civil society, international organizations, the private sector and academia in a year of meetings held in every region of the world. UN member-states negotiated the compact’s text in six contentious rounds in 2018.

From the outset, the goal of the compact was to be inclusive of all states and stakeholders. The GCM process began when the UN General Assembly unanimously affirmed the 2016 New York Declaration for Refugees and Migrants, recognizing that no state can face the challenges of managing migration alone. Given the crucial task of building partnerships between and among states and stakeholders to manage migration, the UN prioritized broad buy-in to the compact. To that end, the compact was very deliberately not made to be international law. UN member-states recognized that many states would not commit to a legally binding document. At the same time, they knew that building real partnerships entailed dialogue and negotiation to build cooperation and trust. Thus, states chose a compromise: a set of nonbinding commitments. The term “Global Compact” has no legal meaning, and the words “non-legally binding” appear repeatedly in the document. However, the tedious negotiation process in which states extracted concessions from each other, combined with the words “compact” and “commitment,” implies that those commitments are far more than empty.

192 of 193 UN member-states informally affirmed the GCM in July. The only outlier was the United States, which pulled out before negotiations began. Hungary withdrew just after affirming. Suddenly, as the conference approached, others followed. Australia, Austria, the Czech Republic, the Dominican Republic, Israel, Poland, and Slovakia disavowed the compact. Italy and Switzerland deferred affirmation of the compact to their parliaments. Belgium’s parliamentary majority coalition collapsed over the issue. The Netherlands will affirm, but with a declaration on sovereignty.

Why are states refusing to affirm a nonbinding document—especially one they helped negotiate? States are concerned that they will be pressured to live up to the compact’s nonbinding commitments. The United States issued the most comprehensive statement of opposition to the compact last Thursday. The United States objects to provisions of the document that reflect those in treaties to which the United States is not a party, such as the Convention on the Rights of the Child. The United States also rejected other language in the Compact that does not reflect U.S. law, as well as language naming “rights” that are not enumerated in other international human rights treaties. The United States’ overarching concern, which has been echoed by other dissenters across the globe, is that advocates will use the compact as evidence of “soft law” or emerging norms in an attempt to change U.S. immigration policies. The United States and Hungary have voiced additional concerns that the compact presents migration as a positive phenomenon, rather than focusing on its negative aspects, and does not adequately deal with illegal or irregular migration. Other naysayers assert that the compact will override state migration laws.

These concerns by detractors are exaggerated and often invalid. Simply put, the compact will not—and legally cannot—constrain the sovereign rights of states to regulate their borders. In fact, the document “reaffirms the sovereign right of States to determine their national migration policy and their prerogative to govern migration within their jurisdiction,” and recognizes that states have the right to determine whether migrants have legally or illegally entered their country. The document has no enforcement provisions. A UN Network on Migration, to include relevant UN Agencies, civil society, and other stakeholders, is being developed to help implement the Compact. However, most implementation will occur at the level of international organizations and civil society groups. Implementation discussed so far has included technical assistance for data collection, education programs to reduce xenophobia, and education for migrants and private sector entities about rights and opportunities related to migration. UN agencies operate at the pleasure of states that host them, and any implementation at the state level will occur with any state’s consent each step of the way. No state will be forced to change its immigration laws, migrant detention policies, visa quotas, data-sharing practices, or any other laws or policies because of the compact. No state will be forced to adopt provisions of treaties that it has not already signed. Indeed, the compact does not say more about illegal and irregular migration precisely because states have the sovereign right to determine what legal migration is. (Discussion of irregular and illegal migration was, in fact, one of the most fraught issues in Compact negotiations). Legally and practically, states will retain the sovereign right to control their borders. And if any affirming state chooses not to follow the compact, no one force it to do so. The world certainly cannot force states to comply with provisions that the compact does not include, but that some detractors assert that it does.

States are withdrawing from the compact anyway because of it has weight beyond the force of law alone. Getting more than 180 countries to agree on twenty-three objectives for cooperation on a politically fraught matter is a remarkable achievement for the UN. Countries that have been at war with each other for years, who face cross-border insurgencies, who have been known to abuse migrant workers, and others have agreed to take steps to manage migration together under a framework that respects human rights and state sovereignty. Many states will use the compact that they scrupulously negotiated as a framework for developing partnerships to manage migration and improve international security.

The compact may eventually shape state practice in ways that will evolve into law—but not in the way that dissenting states fear. Customary international law is defined as a general practice accepted as law. To become law, a practice must be general, or followed by many states, without dissent from many states. It must also be accepted as law by states, and states must follow that practice out of a sense of international obligation. The compact as a whole will never become customary international law. By definition, states have not accepted the compact as law. Practically, the document was not written to be followed as law. It would be impossible for virtually any country to implement every best practice on the lists from which states “will draw” in all circumstances. However, some of the best practices, like providing identity documents to migrants or bringing perpetrators of child labor violations to account, may become common state practice. Over time, these practices could become customary international law—provided they become a general state practice, accepted as an obligation by those states, and do not face persistent objections from other states.

States that have withdrawn from the compact are effectively objecting to the possibility of provisions of the compact becoming custom. States that do not wish to be bound by an emerging custom may do so by persistently objecting to that custom. In the case of a multilateral treaty, states typically do so through reservations, derogations, or declarations regarding particular provisions of the treaty, or by choosing not to sign. The Netherlands has effectively made such a declaration, even though the compact is not a treaty. Those states that already have practices that conflict with the compact, such as mandatory detention of irregular migrants, are already objecting to the development of custom in this area. Ironically, by objecting to the compact as if it were a treaty, even though they need not do so, states are affirming the strength of that compact. States would not fear the bite of a document with no teeth.