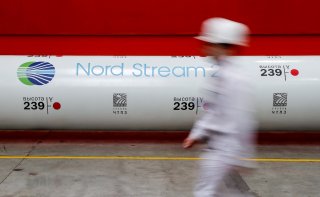 Finally, the current arrangement leaves Ukraine dependent on long-term European demand for Russian natural gas, at a time when the EU is seeking both to diversify its gas supply and, ultimately, to transition away from fossil fuels altogether. That will make Ukraine’s position ever-more vulnerable if it continues to rely on the fees paid out from Russian gas flowing through its borders as a key source of budget revenue.

Rather than antagonize its European partners with more unilateral sanctions in a superfluous crusade to preserve an imperfect status quo, the Biden administration should direct its resources toward preparing for a world in which Nord Stream 2 becomes a reality. That means continuing to help Europe diversify its sources of gas and enhancing its competitiveness against Russian supplies. It also means accelerating cooperation with Europe in the development of renewable sources of energy.

And with regard to Ukraine, it entails preparing in coordination with European partners an economic package to cover the inevitable budget shortfall Ukraine will face once its contract with Gazprom expires and help it move beyond its pipeline dependency. The details will need to be worked out, but one element could take the form of a joint U.S.-EU-backed loan whose repayment could be offset by substantive progress in Kyiv’s anti-corruption reforms (in contrast to the pending IMF package, whose tranches will not be released until that progress has already been demonstrated). By providing material and technical support, Washington could support Ukrainian efforts to create a transparent business environment to attract foreign investment and ultimately develop a sustainable and independent domestic energy sector. This would further consolidate the country’s economic resilience and allow it to flourish without being beholden to either an aggressive neighbor, corrupt domestic interests, or unsustainable market trends.

The Biden administration is now engaged with Germany in negotiations to find a mutually acceptable compromise on the Nord Stream 2 project. These negotiations should look beyond the narrow priorities of current U.S. policy toward a more proactive solution that is actually capable of advancing the administration’s strategic goals of Transatlantic unity, European energy security, and Ukrainian independence. Continuing to treat the prevention of Nord Stream 2 as the goal will only hinder these efforts.

Joseph Haberman is a research associate for Russia Studies at the Council on Foreign Relations.

Thomas Graham is a distinguished fellow at the Council on Foreign Relations.