North Korea and America Could Stumble into a Nuclear War 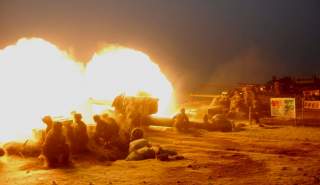 People from Los Angeles and San Francisco are calling me and asking: “Should we be getting our families out of the city? Are we about to be nuked?” The short answer is no. Despite North Korean missile tests and President Donald Trump’s warnings about “fire and fury,” the missiles are not about to fly. All parties have overwhelming interests in avoiding an actual shooting war. That said, there are steps that can and should be taken to reduce the danger of deadly accidents.

North Korea’s leader, Kim Jong-un, knows very well that he and his regime would not survive a large-scale war, because of the overwhelming power of the U.S. and South Korean militaries. Secretary of Defense James Mattis’ sober threat that any North Korean attack would “lead to the end of its regime and the destruction of its people” was intended to underscore the point. Kim’s fiery threats are intended to deter the United States from launching such an attack, to play to domestic audiences and to browbeat North Korea’s neighbors.

The United States and South Korea, similarly, know very well how “catastrophic,” as Mattis put it, a war on the Korean peninsula would be for the United States and its allies. Even a conventional war could kill tens of thousands of American soldiers and hundreds of thousands of South Koreans; North Korea has well over 10,000 artillery tubes and rocket launchers within range of Seoul. Nuclear strikes could pull the death toll into the millions. The reverberating global effects would likely provoke a downturn worse than the Great Recession. President Trump does not want such a nightmare on his watch.

Some analysts argue the United States could carry out precision strikes on North Korea’s nuclear and missile arsenals, and then deter North Korea from striking back, avoiding a large-scale war. That is a dangerous fantasy, on several counts. First, the U.S. government doesn’t know for sure where all North Korea’s missiles and nuclear weapons are: even the U.S. military can’t hit what it can’t find. Second, given that the Kim regime’s legitimacy is based on its claim to protect the country from foreign attack, Kim Jong-un would likely feel he had to retaliate. Secretary Mattis and Gen. Joseph Dunford, chairman of the Joint Chiefs of Staff, understand completely both the dangers and the limited value of any such a strike.

Don’t take my word that we’re not about to go to war—listen to the people whose money and lives are on the line. The crisis of the last couple of weeks has led the South Korean stock market to decline a few percent, but that means back to where it was in May. Last I checked, trending topics on South Korean social media included a hip-hop artist, the latest lottery prizes, a nude bed and breakfast and a corruption scandal. In other words: life goes on.

There is still a danger that the sides could blunder over the brink inadvertently—a danger that will tick up a notch as major U.S. and South Korean military exercises begin this month. North Korea regularly carries out provocations against the South. South Korea is fed up, and has said that next time it will hit back twice as hard. Kim Jong-un would likely feel obliged to retaliate in turn. And with hatred, misperception and cyber attacks on all sides, the potential for escalation to full-scale conflict seems clear. In a large-scale war, the U.S. and South Korean forces would try to destroy the North Korean regime and take out every missile they could find—which would give North Korea the incentive to use them before they lose them, with horrifying consequences.

What to do? First, we need to accept reality. North Korea is not going to give up its nuclear weapons as long as the Kim regime remains in power. Denuclearization should remain the long-term goal, but it cannot be the immediate focus of U.S. policy. Second, the United States and its allies need to focus on deterring, containing and defending against North Korea—while keeping up the sanctions pressure for Kim’s regime to change course. (The tough recent UN sanctions resolution against North Korea, which both China and Russia voted for, represents one of the Trump administration’s biggest diplomatic successes so far.) Making sure South Korea and Japan see U.S. protection as ironclad—and do not view the United States as unnecessarily risking war—is crucial to quieting the voices calling for those countries to develop their own nuclear weapons (something President Trump didn’t help when he encouraged them to do so during the campaign).

Third, we need to get going on the negotiation track. The focus should be to reduce the risk of inadvertent conflict through a variety of confidence-building measures—from more lines for political and military crisis communication to preventing incidents at sea—and to get North Korea to freeze further nuclear and missile testing and production. That means putting substantial offers on the table, including a step-by-step path out of sanctions.

After the Cuban Missile Crisis, President Kennedy said the greatest lesson he drew was to always leave the adversary a face-saving way to back down. It’s time for all sides in the Korean crisis to heed that lesson.

Matthew Bunn is Professor of Practice at Harvard Kennedy School and Co-Principal Investigator for the Project on Managing the Atom at the Kennedy School’s Belfer Center for Science and International Affairs.