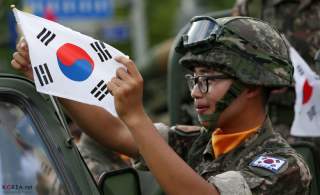 More missile news from the Korean peninsula, where North Korea's state media claimed on June 27 that the military had completed testing "cutting-edge ultra-precision tactical guided missiles," adding for good measure that the tests were overseen by leader Kim Jong-un.

Footage of the missile launch that appeared on the state-run Rodong Sinmun website on June 30 suggested they were either Nodong or Scud-derived Hwasong-6 ballistic missiles, which have been around for a number of years.

Beyond Scud derivatives, footage also recently appeared of what looks like a Russian 3M24 Uran (SS-N-25 'Switchblade') antiship or surface-to-surface missile in North Korean service. The footage appeared in early June and if reliable could confirm 2008 reports of a sale to Pyongyang.

The possibility that new Russian-designed missiles are in North Korean service would add a twist to one of the most interesting developments in missile proliferation on the other side of the Demilitarized Zone: Moscow's unheralded role in helping the South Koreans develop their cruise and ballistic missiles.

These latter developments are having a major role in shaping Seoul's military doctrine--both by giving it an indigenously controlled first-strike capability to hit North Korea with little warning and by allowing it to opt out of U.S.-led ballistic missile defense programs.

As the International Crisis Group's Daniel Pinkston has outlined here, South Korea's Hyunmu-2 ballistic missile and Hyunmu-3 cruise missile, test footage of which was released in 2012, "look like clones of the Russian Iskander (SS-26) and the Iskander-K cruise missile. There is no conclusive proof that they are, but it would explain a lot about the ROK ballistic- and cruise-missile programs, which made rapid progress—including mass production and deployments with so few flight tests."

As Pinkston makes clear, the case for Russian involvement in the missiles' development goes beyond resemblance. However, given South Korea's refusal to discuss these programs, it is impossible to confirm.

The best estimate for the Hyunmu-2 ballistic missile's range is between 500 km and 800 km, depending on the size of the warhead. The Hyunmu-3 cruise missile, meanwhile, is believed to have a range of up to 1,500 km and an accuracy of within 3 meters.

These missiles are the pointy end of a spear that South Korean officials call "Kill Chain": an ambitious program that aims to knock out North Korea's ballistic missiles while they were still on the ground.

“Kill Chain” was elucidated in the 2012 White Paper, which stated that "the ROK military will decisively strike not only the origin of enemy provocation, but also the command and support forces behind the provocation.”

“To this end, the ROK military is not only reinforcing its precision surveillance, target acquisition, and precision strike capabilities in the Northwest Islands and the surrounding areas, but is also significantly strengthening its 'immediate retaliation forces', including air defense and anti-missile defense capabilities, as well as airborne and standby forces," the paper added.

The key driver for this is the transfer of military operational control (OPCON) from U.S. to South Korean command, which has been delayed a number of times but is currently supposed to occur in 2015. Along with “Kill Chain” Seoul is building the KAMD local missile-defense system based on second-hand Patriot missile batteries and locally built air-defense radars.

However, there are serious reservations about “Kill Chain”, one of which is whether it will actually work. Perhaps the most compelling argument against it was made by Yonsei University Professor Choi Jong-kun, who, in 2013, outlined for the Hankyoreh newspaper the core problems with the program.

The first is its ambitious scope: “Kill Chain” has to find evidence of an imminent threat anywhere in North Korea, assess it and pass a viable risk assessment to the top of South Korea's military command in minutes so it can order a pre-emptive strike. The system then has to scan North Korea for secondary sites that may also be preparing to launch ballistic missiles.

Even if South Korea invests heavily in its ISR capabilities, the sheer size of North Korea–and the fact that much of its military infrastructure is underground–suggests Seoul will be hard-pressed to supply the blanket surveillance it would need to function.

The second major issue critics have with "Kill Chain" is the preemptive doctrine on which it is based.

Proponents argue that it sends exactly the right kind of message to Pyongyang: that North Korea’s mobile ballistic-missile program is not the deterrent it thought it would be, and in an arms race, its much richer southern neighbor has time and resources on its side.

The counterargument, helpfully outlined by North Korean state newspaper Rodung Sinmun, is that it unnecessarily aggravates tensions on the peninsula. "If the puppets launch a preemptive strike, or even make a twitch, they will face our merciless revenge," the paper wrote in an October 2013 editorial.

For the United States, the South’s new missile capabilities and the accompanying doctrine appear to be less than welcome. For starters, “Kill Chain” complicates potential conflict scenarios and could see the United States pulled into a shooting war with the North by a trigger-happy South Korean military—something the United States has already had to deal with, according to former US Secretary of Defense Robert Gates. After the North’s November 2010 artillery attack on Yeonpyeong island, “South Korea’s original plans for retaliation were, we thought, disproportionately aggressive, involving both aircraft and artillery,” Gates wrote in his memoir. “We were worried the exchanges could escalate dangerously,” he added.

“Kill Chain” and KAMD also explain why South Korea feels that it can refuse to join a trilateral ballistic missile defense system with the United States and Japan, something that is a major policy objective for Washington and politically toxic for Seoul.

“If we consider various conditions such as the necessity, its adaptability to the peninsular environment and its cost, there is no appropriate logic for South Korea to join the U.S. missile defense,” Defense Minister Kim Kwan-jin said in 2013, in comments that skirted the real issue – Tokyo’s involvement in any BMD program. Kim was in his current position when public opposition stopped Seoul from signing a military intelligence sharing agreement with Tokyo at the last minute in June 2012; since then, bilateral relations have plumbed new depths.