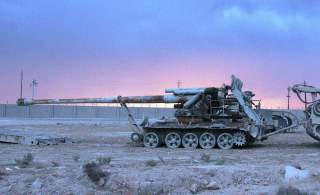 Image: A North-Korean-built M-1978 KOKSAN displayed at the Al Anbar University campus in Ramadi, Iraq is to be removed by U.S. Forces. Wikimedia Commons