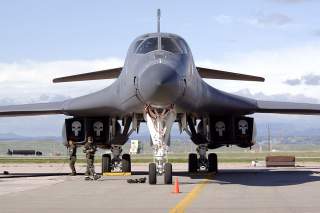 As many experts have predicted, North Korea is trending to become the Trump administration’s first major foreign-policy crisis. The latest developments continue to reinforce that trend.

In an interview with the Financial Times, Donald Trump threatened to take unilateral action to stop the Democratic People’s Republic of Korea’s nuclear program unless China stepped in to address the issue. U.S. ambassador to the United Nations, Nikki Haley, echoed that stance not long after Secretary of Defense Jim Mattis indicated that he views the DPRK as the gravest threat to America. The week prior to that, Secretary of State Rex Tillerson declared that the Obama-era strategy of “strategic patience” was over and warned that military action was an option if North Korea did not unilaterally disarm.

While the early post-war time period occasionally involved troubling acts of violence that resulted in the deaths of Americans, the United States and North Korea have since avoided such encounters (the same cannot be said for South Korea). And while no American president ever dismissed force as an option, Trump is unique in the blunt and direct manner he has used to challenge the reclusive regime. Which begs the question—has a clash between the United States and North Korea become inevitable?

And should the confrontation come to blows, what will it look like? While the escalating war of words is reminiscent of George W. Bush and his approach towards Iraq early last decade, it also brings back memories of the first foreign-policy challenge handled by America’s fortieth president over three decades ago.

During the 1980 election, Ronald Reagan’s foreign-policy platform focused on confronting and, ultimately, defeating the Soviet Union. Yet the new president’s first foreign-policy challenge was not laid out by Moscow. Instead, it was Third World Libya, led by notorious dictator Muammar el-Qaddafi, that first clashed with Reagan. It was surprising, given the North African nation received no mention in the 1980 Republican Party platform. While North Korea received mention, it was also overshadowed by the Middle East in the Trump campaign’s foreign-policy platform.

Like U.S.-North Korea relations, U.S.-Libyan relations were fraught with tension from the beginning, following the 1969 coup that brought Qaddafi to power. Like North Korea, Libya earned the reputation of “rogue state,” defying international norms and engaging in destabilizing behavior in the region. And, like the North Korean dictatorial dynasty, Qaddafi dabbled in his own unique brand of socialism, ruled with a cult of personality, and was viewed by many as megalomaniacal.

Washington initially avoided confrontation with Tripoli, but the United States grew increasingly intolerant of Qaddafi’s behavior, which included an assassination attempt on the American ambassador to Egypt. Eventually, Qaddafi earned a spot on the state sponsor of terrorism list in 1979. As Reagan went on watch in 1981, tensions escalated. “The Ronald” zeroed his sights on the man he referred to as the “mad dog of the Middle East,” owing to his hostility towards Israel, a series of assassinations, support for terrorism and indications that he was seeking nuclear weapons.

In 1973, Libya had laid an illegitimate claim to the Gulf of Sidra, the body of water immediately bordering the Libyan coast. In August 1981, Reagan ordered a Freedom of Navigation (FoN) operation to be executed by a naval task force centered on two aircraft carriers. The group was immediately challenged; on August 19, two Libyan fighter jets headed towards the group and were intercepted by two U.S. Navy fighters. The Libyans shot first, but missed; the Americans responded by downing both enemy aircraft. The incident proved to Libya and the world the Reagan administration was serious about its confrontational posture.

The remainder of Reagan’s first term saw no further clashes between U.S. and Libyan military forces, but the hostility persisted. The United States applied sanctions against Libya and multiple terrorist attacks in the mid-1980s were attributed to Qaddafi by Washington. The rhetoric on both sides was equally heated, with the “Mad Dog” also anointed as “public enemy number one.” It seemed only a matter of time before tensions flared into fighting once again.

Then, in 1986, the feud reached a fever pitch. After terrorist attacks in late-December 1985 in Rome and Vienna, the White House responded with a series of new FoN operations in the early part of the new year. January and February passed without incident, but that changed in March. On March 23, an American armada even larger than the one deployed in 1981 crossed the so-called “Line of Death” into the Gulf of Sidra and all hell broke loose.

The next day, Libyan air and naval forces engaged U.S. forces in battle. By sundown, two Libyan vessels were at the bottom of the Gulf, two others damaged, air defenses destroyed, thirty-five people were dead, but there were no losses on the American side. The little-remembered Operation Attain Document ran the whole gamut of modern air/naval warfare, from air-to-air dogfighting to surface warfare to strikes on land targets.

But Qaddafi had an answer. Unable to effectively challenge America on the battlefield, he opted for more subversive methods. On April 5, 1986, the La Belle nightclub in West Berlin was bombed, killing three people and injuring 230 more. The club was frequented by U.S. service members stationed in the city; two of the dead and many of the injured were American personnel.

After incriminating messages from Tripoli to its embassy in East Germany were intercepted, President Reagan ordered retaliatory strikes. During Operation El Dorado Canyon on April 15, multiple targets were struck in a joint U.S. Air Force, Navy and Marine Corps air attack. Air defenses, airfields and troop facilities were destroyed. Success came at the cost of one American aircraft and its two pilots lost to enemy fire.

The strikes did little to change Libya’s behavior, as it continued to partake in acts of terror. As before, direct skirmishes between the United States and Libya ceased temporarily. The closing chapters of the saga were marked by the bombing of Pan Am Flight 103 on December 21, 1988, and the shootdown of two more Libyan fighters over the Gulf of Sidra on January 4, 1989. After Reagan left office, the two countries would not clash again until over twenty years later.

“Reagan's undeclared war” against Libya hints at one possible future in Trump-era relations with North Korea. Both presidents have assumed unambiguously confrontational postures, employing rhetoric that previous presidents have attempted to avoid. Much like Reagan singled-out Qaddafi after focusing elsewhere during the election, Trump has now focused most of his attention on Kim Jong-un, after initially emphasizing threats like ISIL as the more pressing issue. Like Qaddafi, Kim has both the personality and portfolio to assume the mantle of “public enemy number one.” Finally, Kim’s past and recent actions show, like Qaddafi, he is not afraid of going to the edge and back, even when it comes to dealing with the world’s lone superpower.

So far, Trump’s approach to North Korea has consisted of harsh words and routine military exercises with South Korean forces. But having drawn the proverbial “red line” with the infamous “It won’t happen!” tweet, what if Pyongyang fails to capitulate?

Conventional wisdom holds that Trump will behave in a manner consistent with his predecessors for one simple reason—the stakes are too high. Unlike Libya, the Korean Peninsula has always been a flashpoint for the next world war, due to its proximity to China and Russia, both countries with interests on the peninsula. And while Qaddafi aspired to attain nuclear power, the Kim dynasty attained it. Interestingly, analysts have noted that North Korea’s nuclear ambitions were partly motivated by the fate of the Qaddafi regime; Libya dismantled its weapons of mass destruction programs in 2003, only to see the Qaddafi regime terminated by a U.S.-backed rebellion in 2011. Nukes offer the ultimate insurance policy for regimes like that of Kim Jong-un.

But even prior to Pyongyang achieving nuclear status, the United States has never used force to respond to North Korean aggression, even when American lives were lost. While El Dorado Canyon–type operations have been peddled as options, the unique characteristics of the situation on the Korean Peninsula make even limited war–type scenarios difficult in ways the Libyan situation was not.

There is one play Trump could adopt from Reagan, however—lean forward. The FoN operations of the 1980s were carried out knowing full well they could provoke a Libyan reaction. Pre-emptive action against the North would generate controversy and draw opposition from countries like China. But by “leaning in,” the United States could provoke an incident that would legitimize U.S. military action. Still, the usual risks rear their ugly heads. The United States has not fought North Korea since 1953 and has no clue how they would react to even a constrained American response. Having an idea of how one’s adversary will behave is a key consideration in planning any military action.

On the other hand, with regime survival being top priority, it is possible Kim may react much the way Qaddafi did—hunker down, retaliate unconventionally and attempt to ride out the storm until the next direct engagement. Depending on if and how Trump uses force against Kim, we could see a series of small, limited battles unfold over a period of years as opposed to the full-scale resumption of the Korean War that both sides would prefer to avoid. It would be consistent with DPRK behavior in the past, at least with regards to its relations with its southern counterpart—Pyongyang’s failure to recognize the Northern Limit Line has led to numerous naval clashes over the decades. In other words, Kim Jong-un could declare his own “Line of Death.” If America and North Korea resume shooting at each other, skirmishes may very well take place primarily in the air and at sea, as it did with Libya in the 1980s.