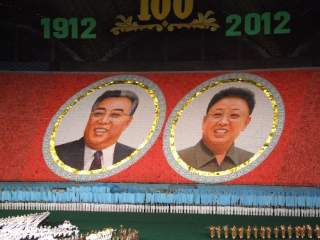 In 1994, the Clinton administration reached a deal with North Korea to halt its plutonium production. That deal eventually unraveled, and North Korea ultimately acquired nuclear weapons. Many have cited this as evidence that diplomacy with Iran won’t work. It is in this context that we present the latest from our friends at 38 North, where this piece first appeared, who ask the question: Did the 1994 Agreed Framework actually fail?

Throughout the debate over nuclear negotiations with Iran, many commenters have referred to 1994 Agreed Framework between the United States of America and the Democratic People’s Republic of Korea. Usually, these references are made in passing, conveying the idea that the Agreed Framework is, like the Kellogg-Briand Pact, broadly understood to have been a failure. (A nice exception to this rule was this piece by Barbara Slavin.)

Well, I don’t think any such thing, either about the Agreed Framework or the Kellogg-Briand Pact! (And don’t get me started on Kellogg-Briand! If you think it was intended mainly to “outlaw war,” you are as naïve as the interwar peace movement that embraced it.)

Most of the people who invoke the failure of the Agreed Framework couldn’t tell you the first thing about it—other than that they “know” it didn’t work because North Korea now has nuclear weapons. But they are misguided. The 1994 Agreed Framework was a good deal. Would that we had been wise enough to keep it.

Not quite. The U.S. intelligence community believed North Korea had a stockpile of undeclared plutonium, but did not know whether that stockpile was a few grams or a few kilograms.

There were good reasons to suspect that North Korea had a stockpile of undeclared plutonium. In 1989, the DPRK shut down the reactor at Yongbyon for about 70 days. North Korea may have unloaded some or all of the fuel rods in the reactor’s core during this period. There are good reasons for such a suspicion. Satellite images show the DPRK constructed what appear to be camouflaged waste tanks. Environmental samples taken by the IAEA showed the DPRK had conducted more reprocessing “campaigns” than Pyongyang had declared.

But how much fuel was unloaded? How much plutonium was in the fuel? The U.S. Joint Atomic Energy Intelligence Committee assessed the worst-case scenario of 8.3-8.5 kilograms of plutonium, revised down from an earlier estimate of 12 kilograms. That is enough for “one, possibly two” nuclear weapons depending on a number of factors such as how much plutonium the North Korean design required and how much might be lost during processing.

We simply did not know then, and do not know now, how much plutonium North Korea squirreled away. The North Koreans, of course, admitted to only a few grams in 1994. Interestingly, they denied it again in 2006 when they declared a plutonium stockpile of 37 kilograms.

Well, again, not quite. We should give the devil his due: North Korea largely kept its commitments regarding its plutonium-production capabilities.

Starting a secret enrichment program, on the other hand, clearly violated understood expectations, a classic example of a transgressor obtaining a slight advantage in comparison with a relatively large inconvenience imposed upon the aggrieved party. This will get its own section.

“If North Korea abandoned the Agreed Framework P’yongyang could resume production of plutonium.

In 1998, the United States accused North Korea of building a secret plutonium production reactor and reprocessing facility underground, near a place called Kumchang-ri. Well, strictly speaking, DIA suspected that Kumchang-ri was an underground reactor and someone fed this to the New York Times, which ran it under the headline: “NORTH KOREA SITE AN A-BOMB PLANT, U.S. AGENCIES SAY.”

The United States negotiated access to the site. When U.S. inspectors arrived, they could not determine the purpose of the site, but concluded that Kumchang-ri, laid out as a grid of tunnels, was “unsuitable” for a nuclear reactor and “not well designed” for a reprocessing facility.

The Agreed Framework was premised on a transformation of the political and economic relationship, a perhaps too ambitious expectation since even a DPRK without nuclear weapons is fundamentally unlikeable. North Korea’s human rights situation remained appalling. And the North Koreans continued to show an appalling enthusiasm for grabbing people, whether Japanese abducted in secret during the 1970s or Americans detained in recent years.

The North Koreans also continued to develop, test and sell increasingly long-range ballistic missiles, something the Clinton administration sought to address after the 1998 Taepodong test. And, of course, we now know that the Clinton administration was starting to get wind of the relationship with AQ Khan—which ultimately resulted in the missiles for centrifuge barter that would create so much turmoil in 2002.

But in terms of the fundamental purpose of the agreement—to freeze the DPRK’s plutonium production capabilities—Pyongyang complied.

The Agreed Framework was already under a lot of pressure as the Clinton administration drew to a close. Congress exercised its power of the purse to involve itself in the implementation of the Agreed Framework, resulting in irregular deliveries of heavy fuel oil to North Korea and delays to the construction of light-water reactors. Even if Kumchang-ri turned out to be a dead-end, the leaks had weakened the agreement. And North Korea’s missile program, following the shock of the 1998 Taepodong test and continuing sales abroad, was a significant barrier to normalization of relations. The Clinton administration had asked former Secretary of Defense William Perry to review U.S. policy toward North Korea. His approach, dubbed the “Perry Process,” implied seeking to build additional agreements on top of the Agreed Framework—starting with an agreement to end North Korea’s development of long-range ballistic missiles. The Clinton administration was this close to an agreement on missiles when the clock ran out.

The Clinton administration, too, knew about North Korea’s centrifuge work—and had pressured Pakistan to cut off Pyongyang.

The newly installed Bush administration undertook a policy review that stretched into 2002. The result of this review, it is often forgotten, was a version of the Perry Process, safely rebranded as the “bold approach.” This is forgotten because, before anyone could tell the North Koreans, the U.S. received intelligence that indicated North Korea’s centrifuge program was much further along than previously thought. While the U.S. intelligence community had known about North Korea’s interest in centrifuges, the scale of the procurement suggested a much more mature program.

I do not want to suggest, as others have, that the DPRK’s enrichment program was purely for civil purposes. The North Koreans were clearly, in my view, giving themselves a second route to nuclear weapons. But the Bush administration had a fundamental choice: Under the Perry Process, the approach was to treat North Korea’s centrifuge program like its ballistic missile program or its abductions of foreign citizens—yet another instance of terrible North Korean behavior that had to be dealt with in time. In this case, the United States might have negotiated a new agreement to complement the freeze on the DPRK’s plutonium program provided by the Agreed Framework.