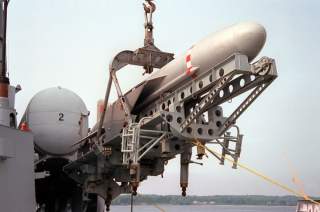 There has been much buzz in recent months about a new spate of Korean People’s Navy (KPN, North Korea’s navy) activities. For a navy that was thought to have atrophied since the end of the Cold War for lack of funding, a fleet revitalization program was believed to be unthinkable. Or so it would seem.

It is true that North Korea could not afford a major naval modernization program, despite signs of its economy picking up. Nonetheless, one ought not to overlook incremental upgrades undertaken to date. Pyongyang remains fundamentally interested in sustaining regime security. This is especially the case because North Korea’s persistent economic gap with its southern rival mitigates the likelihood of a second Korean War ignited by a North Korean southward offensive. The regime appears more interested (at least for the time being, while it continues with economic recovery) in consolidating its domestic political stability following the leadership change after Kim Jong-il’s death in late 2011. At the same time, Pyongyang is also focused on deflecting foreign criticisms, especially from Seoul and Washington, about its alleged human-rights violations.

A survey of the North Korean policy discourse highlights a consistent theme: that of a country struggling to maintain its preferred pathway of sociopolitical and economic development premised on the “Juche” self-reliance concept and the “Military-First Policy” against external pressures. Much rhetoric has been focused on the nuke and ballistic-missile programs. The consistent theme surrounding their potential use calls for deterring an American–South Korean northward invasion. Failing which, Pyongyang would unleash an all-out offensive down south. The additional threat issued by Pyongyang is to widen the war beyond the Korean Peninsula in the event of such a contingency by targeting U.S. bases in Japan with missile retaliatory strikes to forestall any reinforcements being dispatched across the Sea of Japan. In times of peace, the role of North Korean nukes and ballistic missiles remains that of deterrence. Under this protective umbrella, however, that is where North Korea’s naval modernization becomes interesting to watch.

Barring a full-scale, renewed war on the Korean Peninsula, the strategic deterrent capabilities possessed by Pyongyang provide a “safety net” that allow the North Korean leadership to engage in the threatened or limited use of force to further its political objectives. In other words, North Korea could still resort to conventional military means to express its displeasure with any American, Japanese or South Korean moves perceived to be detrimental to its national interests. For example, the Yeonpyeong Island artillery shelling episode on November 23, 2010 came after repeated North Korean warnings against South Korea’s live-firing exercises near the contested Northern Limit Line (NLL) in the Yellow Sea. Seoul’s response was limited at best, and it was unclear whether the subsequent silence of North Korean guns on that fateful day was attributed to effective South Korean counterbattery fire.

One cannot lightly dismiss the Yeonpyeong shelling or alleged North Korean sinking of the Republic of Korea Navy (ROKN) corvette Cheonan in March of that same year. These provocations were in no small part emboldened by Pyongyang’s possession of what amounts to a rudimentary nuclear deterrent complemented by its reported significant arsenal of chemical and biological weapons. It is difficult to imagine the peacetime use of North Korean nukes. In times of war, it is also questionable whether this capability would be more decisive than, say, the numerous artillery and multiple-launch rocket pieces forward-deployed in camouflaged, hardened shelters near the Demilitarized Zone. These conventional weapons could rain a hellish barrage on Seoul in the opening hours of hostilities, and cause significant destruction before they are put out of action. Therefore, be it those artillery arrayed against Seoul or nukes or both, under present circumstances, Pyongyang enjoys a rather wide berth to pursue a range of policy options— including limited conventional military provocations— without having to fear significant South Korean and American retaliation.

Amongst various options for low-intensity military provocations, gunboat diplomacy in the Yellow Sea appears to be a North Korean favorite. At the least extreme end of this spectrum, massive wargames are conducted simulating repelling an Incheon 1950s-style amphibious invasion, or more ominously, simulating the capture of South Korean islands along the NLL. At the other end of the spectrum are armed seaborne infiltrations similar to the Gangneung submarine incident in September 1996, which involved direct clashes with South Korean security forces within southern territory. On numerous other occasions, especially close to U.S.-ROK military exercises, KPN patrol forces have crossed the NLL. At times these incidents turn fatal, such as back in June 1999, June 2002 and November 2009, when the KPN and ROKN clashed in the Yellow Sea.

The first two clashes warrant closer examination. During these incidents, guns were not the only weapons employed. North Korean anti-ship cruise missiles (ASCMs) were reportedly activated during these two clashes. ROKN combat units involved in the firefights with KPN gunboats detected fire-control radar emissions associated with the Soviet-era P-15 Termit (NATO codenamed SS-N-2 Styx) ASCM mounted on KPN’s fast attack craft, as well as shore-based Silkworm ASCM deployed near the scenes of action. Such escalatory moves compelled the South Koreans to break off from their pursuit of retreating KPN warships and undertake evasive actions against impending ASCM attacks that fortuitously did not come. Worth noting is that the Styx and Silkworm are old designs that are outdated by today’s standards. They can be countered with relative ease by modern “soft” and “hard” kill systems in ROKN service. Yet the South Koreans clearly had no stomach for an escalated naval clash involving heavier armaments, which could potentially spiral out of control.

Therefore, seen in this light, North Korea’s recent naval modernization is a matter of concern. The recent demonstration of its new ASCM, which appears to be a reverse-engineered or original copy of the Russian Kh-35, from a new stealthy-looking Nongo-class fast attack craft portends an incremental revitalization of the KPN’s offensive power. Assuming similar technical specifications as the Kh-35, the new North Korean ASCM at a range of 130 kilometers represents a quantum leap over the Styx’s 80 kilometers. This means that the North Koreans could threaten ROKN warships, especially the smaller craft commonly deployed in the Yellow Sea, from a longer standoff distance located further north and therefore less vulnerable to South Korean retaliatory strikes. While both are subsonic, the new missile is certainly more sophisticated in terms of its electronic counter-countermeasures and flies at a much lower altitude above sea level compared to the Styx, which renders it more difficult to counter. Finally, the Kh-35 has an estimated cost of $500,000 apiece, compared to approximately $1.2 million for the Harpoon Block II and about $2.25 million for the indigenously developed SSM-700K Haeseong—both employed by the ROKN. It can therefore be produced in quantity for equipping the KPN’s new-built vessels and retrofits onto existing ones, as well as major revamping of shore-based coastal batteries. Taken altogether, even considering only surface launch options, the new ASCM poses a greater challenge to the South Koreans. This results in greater escalatory potential for Pyongyang, which would correspondingly compel the ROKN to reconsider its tactical options in future skirmishes.

Under the overarching nuke and ballistic-missile umbrella, followed by an inner layer of more capable ASCMs that can serve in both offensive and defensive roles, North Korea’s success in staging other forms of seaborne provocations correspondingly increase as a result. The assault hovercraft of the Kong Bang class, for instance, are built in significant numbers and designed to traverse those tidal mudflats and shallow waters that characterize the Yellow Sea littorals. Like the new-generation Nongo-class fast attack craft, the Kong Bangs are also characterized by low physical profiles and high speed, which helps reduce the chances of enemy detection and targeting. More are certainly in the pipeline, especially as Pyongyang forward-deployed a sizeable fleet of these craft near the NLL, poised to launch a swift, surprise commando attack on the South Korean frontline islands. When viewed together with the burgeoning KPN fleet of new-built coastal and midget submarines, these hovercraft enhance Pyongyang’s chances of a surprise attack.

Final mention ought to be given to the alleged North Korean sea-based strategic missile deterrent, especially following a reported shore test of an ejection launcher, believed to be designed for submarine-launched ballistic missiles (SLBM), sometime in late January this year. It would be far-fetched to think of a KPN oceangoing SLBM capability, considering the paucity of long-range surface and aerial support for such endeavors. This is the case, even if the North Koreans are to complete their new class of helicopter-capable light frigates, which may be optimized for anti-submarine warfare. A plausible scenario may follow this way: the prospective missile submarine would be hidden in one of the numerous submarine caves dotting the rugged eastern North Korean coast in times of peace. During war, the boat would quietly be put to sea upon activation by the North Korean regime, position itself in one of those pre-designated locations close to home shores well within land-based air defense cover, launch its payload and scoot for shelter. This thus provides another second-strike option alongside mobile land-based systems, which are altogether more secure than the land-based silos. Besides air cover, the KPN would play a pivotal role in securing this undersea deterrent capability. A stronger conventional offensive strike capability mustered by the KPN, in the form of its new fast attack craft and submarines, not only helps enhance North Korea’s asymmetric sea denial capability against a stronger invading naval force and facilitates seaborne provocations against South Korea, but also fortifies the coastal cordon around its prospective sea-based nuclear deterrent.