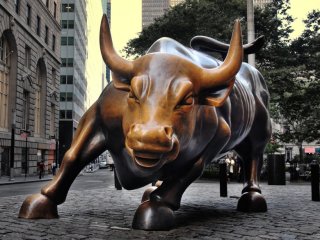 When financial markets lurch, as they have recently, the shock prompts most people to rationalize what is happening. A spike up in stock prices prompts a search for economic fundamentals and policies that can explain the up move and also justify expectations of further gains. A crash in prices, as has happened recently, prompts a search for problems and then an extrapolation of the ugly pattern. In this most recent case, many have see the shadow of 2008’s disaster and accordingly recommended that all brace themselves for a rerun of that ugly experience. Such a view is misplaced to say the least. Without arguing that all is well, it is nonetheless clear that little in the present environment resembles 2008.

Back then, U.S. finance was much more precarious than it is now. Debt in that year far exceeded reasonable amounts compared with the capital base of most lenders. Bankruptcy risks ran high throughout the sector, a fact highlighted in two particularly dramatic events, the forced sale of Bear Stearns and the shuttering of Lehman Brothers, two major investment banks that had existed for decades. Today, commercial and investment banks, after years of building their capital base and exercising remarkable caution in their lending, are much farther from such risks than they were then. There is certainly no talk now of bankruptcies, rescues or forced sales.

In 2008, the real estate sector was involved in a great correction. The housing market had been overbuilt in prior years and real estate prices were in decline, falling about 12 percent nationally over a twelve-month span. Because the banks had for years lent subprime to people of questionable credit, an unprecedented proportion of American homeowners found themselves unable to meet their obligations. What is more, the drop in real estate prices had put many homeowners in a position where their house was worth less than they owned on it. Delinquency rates on residential properties soared, approaching 10 percent of outstanding amounts, far above the previous peak of just over 3 percent set during the recession of the early 1990s.

Since, real estate markets have adjusted. Past price declines and still low mortgage rates have made home ownership much more affordable than it was seven years ago. With only slow growth in new construction during the past several years, the overhang of unsold properties has shrunk to well within historical ranges and residential real estate prices are rising again, up about 5 percent in fact during the past 12 months. Meanwhile, default rates on residential properties have about halved since the dark days of 2008.

Other sectors, too, are stronger than they were in 2008. During the early years of this century, industry had overbuilt and over-borrowed. Relative debt levels were not quite at records, but they were high enough to make many firms financially fragile in the face of the crisis. Default rates on corporate bonds accordingly leaped as problems arose, rising from about half a percent of total corporate debt outstanding in 2007 to over 4 percent in 2008. Since, however, corporations have cut back dramatically on their debt dependence and have also strengthened their finances by keeping more of their assets in easily accessible forms, including large cash deposits. Default rates at last measure had fallen back under 1 percent.

State and local governments, Detroit and Puerto Rico notwithstanding, have also improved their finances. What is more, they are beginning to see net increases in their revenue flows. Though one could hardly hold up the sector as a model of financial probity, the improvements nonetheless have allowed states and cities to turn from laying off teachers, fire, and police and begin to rehire them. Even Washington’s deficit has shrunk.

To be sure, the fears dominating markets today also take their cue from foreign problems, especially in China. People frequently point to that country’s residential real estate problems and draw parallels to America’s in 2008. But matters are not nearly so alike as is popularly claimed. China, after all, has long since begun its adjustment. If that country were about to collapse in the same way that the United States did in response to its real estate problems, that would have happened at the beginning of the adjustment, not now some eighteen months into it. Indeed there is already ample evidence that much of the overhang of unsold property in China has dissipated. Prices have dropped far enough, in fact, that buyers have come back into the market. During the past few months, home sales have begun to pick up again.

Apart from real estate, many also find grist for their pessimistic mills in signs that China’s pace of economic growth has slowed and that signs have emerged of some marginal shrinkage in the manufacturing sector. While on the surface a slowdown in the pace of growth may raise warning flags, China’s situation deserves the application of some perspective. The old growth rate of 10-12 percent a year was never sustainable. A slowdown to rates of 5, 7 percent more recently could simply reflect a natural response as the economy passes from the early, rapid phase of development to a more mature one. As for declines in Chinese manufacturing, it is worth noting that the sector had been overbuilt. Those declines may also reflect the efforts of the Chinese government to reorient the economy’s growth engine from manufacturing for export toward more domestic sources, particularly the consumer, which, recent data show, has grown faster than the overall economy.

None of this says that the future is necessarily bright or that markets will bounce back immediately. There is much to feed concerns about the U.S. economy, corporate profits, China’s economic transition, and matters elsewhere in the world as well. But fears that the world is careening toward the events of 2008 all over again has no basis in the fundamentals, either here or abroad.

Milton Ezrati is a contributing editor at the National Interest, an affiliate of the Center for the Study of Human Capital at the University at Buffalo (SUNY), and recently retired as Lord, Abbbett & Co.’s senior economist and market strategist. His most recent book, Thirty Tomorrows, and investigation of how the world’s economies can meet the challenge of aging demographics, was released recently by Thomas Dunne books of Saint Martin’s Press. Follow him on Twitter @miltonezrati.