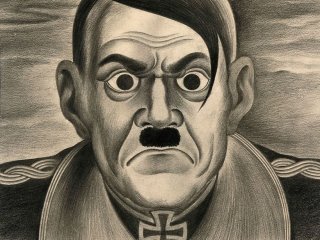 IS OUR culture suffering from an excess of historical awareness? At first glance, it seems like an absurd question. Surveys have repeatedly revealed that when it comes to history, the American population is anything but well informed. According to a 2008 Common Core survey, more than half of American teenagers had no idea when the Civil War was fought, while a quarter believed Columbus came to the New World after 1750. In a video that deservedly went viral, Texas Tech undergraduates, interviewed at random in 2014, were unable to say which side won the Civil War, or from which country the United States gained its independence.

Besides, is it even possible to have too much historical awareness? Surely we can better face the challenges of our own time if we know as much as possible about the historical roots of these challenges, and about similar challenges in the past. For a professional historian like me, you would expect these propositions to be articles of faith.

In recent years, though, I have grown increasingly dispirited at the way certain historical references continue to dominate American political discourse, particularly on foreign affairs. The problem is not that the people who invoke these references get the history wrong (although they often do). It is that they get the present wrong, seeing it insistently through the prism of a history that has less and less relevance to the early twenty-first century. Indeed, even the vocabulary used to discuss foreign affairs—first and foremost the words “war” and “peace” themselves—comes freighted with historical meanings that are increasingly outdated and distracting. References that were already misleading a generation ago have become dangerously absurd. The putative lessons of history have become imprisoning, rather than enabling. In this sense, we really do suffer from an excess of it.

The history in question is, almost entirely, that of the World War II era, and this fact is hardly surprising. In these years the world experienced a spasm of violence and cruelty whose magnitude remains almost impossible to grasp. It included the Holocaust, the horrific aerial bombing of cities (including the atomic bombings), the cataclysmic losses suffered throughout Eurasia in World War II (as many as twenty-eight million victims in the Soviet Union alone) and an almost endless catalogue of other horrors. The United States faced one of the gravest threats in its history, and mobilized a greater percentage of its population for military service than in any conflict since the Civil War. While many scholars have described the Holocaust as a kind of collective trauma that still scars modern consciousness, the idea applies just as plausibly to the war years as a whole.

For Americans, this history also provides a singularly clear and attractive moral lesson, despite such blemishes as the internment of Japanese Americans (or, more controversially, the bombings of enemy cities, up to and including Hiroshima and Nagasaki). Secular Americans today may have trouble putting a face on absolute goodness, but they have no trouble doing so for absolute evil: it is Adolf Hitler, the uncontested devil of modern times. Those who risked their lives to defeat Hitler and his allies quite rightly have the status of unalloyed heroes—the “greatest generation,” in Tom Brokaw’s cloying phrase. Meanwhile, those who tried to appease Hitler enjoy nothing but scorn, a phenomenon that took off as early as the publication of the indictment Guilty Men in England in 1940. Americans today also have no trouble putting a face on foolishness and weakness in international affairs: it is that of the umbrella-toting Neville Chamberlain, as he waved a piece of paper in the air upon his return from Munich in 1938 and proclaimed “peace in our time.”

Nothing since 1945 has compared in sheer power, drama, horror or clarity to the events of this era, so it is understandable that they have had such staying power in our political imagination. Ever since the war, populist politicians who excel at whipping up national or ethnic hatreds are tarred as “fascists” or “Nazis.” Meanwhile, as early as the summer of 1945, American officials were already invoking the supposed lessons of Munich with reference to new foreign challenges. Soon after Hiroshima, for instance, Secretary of the Navy James Forrestal warned against sharing nuclear secrets with Stalin with the words “we tried that once with Hitler. There are no returns on appeasement.” Ever since, it has been de rigueur for Americans to justify action against alleged foreign threats with Hitler analogies, and to denounce the alleged appeasement of such threats with Munich analogies. Sometimes, the comparisons have been laughably inappropriate. Speaking of Manuel Noriega, the tin-pot dictator of Panama, whom Washington was accusing of protecting drug smugglers, Deputy Secretary of State Lawrence Eagleburger declared in August 1989, “That is aggression as surely as Adolf Hitler’s invasion of Poland fifty years ago was aggression.” Four months later, the United States invaded and deposed him.

Meanwhile, neoconservative commentators like Charles Krauthammer and Norman Podhoretz deploy Munich analogies in virtually everything they write about foreign policy (in Krauthammer’s case, the list stretches from China in 1989 and North Korea in 1994, through Iraq in 2003, to Iran and Russia today). But they have hardly been the only ones to do so. Bill Clinton’s Czech-born secretary of state Madeleine Albright confessed in 1997 that “my mind-set is Munich,” while Clinton himself dragged out the Hitler comparison for Serbian dictator Slobodan Milosevic. In 2014, John Kerry called Syria’s use of chemical weapons “our Munich moment.” Every American president since the war has also received his share of Chamberlain comparisons. The scholars Sam Kleiner and Tom Zoellner have noted that “when President Eisenhower returned from a summit with the Soviets in 1955, he gave his remarks in the pouring rain without the courtesy of an umbrella,” because of the umbrella’s associations with Chamberlain.

So ingrained have World War II references become in our political culture that some commentators use them without even knowing what they refer to. Famously, in May 2008, conservative commentator Kevin James went on Chris Matthews’s show Hardball and compared then presidential candidate Barack Obama to Chamberlain because of his willingness to negotiate with Iran and other adversaries. Matthews humiliated James by asking him again and again to explain what Chamberlain had actually done in Munich. The blustering James, who refused to answer, clearly had no idea.

Yet even when wielded by ignoramuses, these references have the ability to introduce a brimstone-tinged whiff of apocalypse into any political debate. Speak of Munich or fascists and the hand of the clock always jumps to one minute to midnight. In the ordinary course of political life, it may be important to stand up to bullies, but with the recognition that if a particular strategy fails to work, it can be refined or replaced. But invoke Munich, and the message is that if you fail to stand up to an enemy with all the force at your disposal, it is only a matter of time before bombers decimate your cities, tanks pour across your borders and millions of your citizens perish.

THE COMMENTATORS who invoke Hitler or Munich never seem to appreciate the massive irony that the events of the war itself—and above all its nuclear ending—ensured that the events of 1939 to 1945 could never, in fact, come close to repeating themselves. At the moment when James Forrestal denounced possible “appeasement” of the USSR, the United States enjoyed a nuclear monopoly that made any direct threat to its territory unthinkable. When the Soviets acquired their own nuclear weapon a few years later, a new and apocalyptic threat arose, but the nuclear deterrent and the premise of “mutually assured destruction” made any actual attack unlikely.

Yet over the following decades, the difficulty of imagining nuclear war arguably helped World War II keep its dominant position in the American political imagination. Nuclear war was so terrible to contemplate, and so wholly outside human experience, that few prominent political figures dared treat it as a real possibility, or argue for the “first use” of nuclear weapons against America’s adversaries. (Of course there were some, such as General Curtis LeMay, who urged the use of nuclear weapons in the Korean War.) Disarmament movements might invoke the specter of nuclear war, but those who believed the Soviet Union posed a threat to the West that needed to be confronted and contained naturally found it far easier to justify their policies by invoking an earlier time in which nuclear weapons did not yet exist.

Yet at least with the Soviets during the Cold War, analogies with this earlier time still had some credibility. In addition to its nuclear arsenal, the Soviet Union had a huge conventional military and, as the experience of Joseph Stalin showed all too clearly, few safeguards against absolute power coming into the hands of a brutal paranoiac. The USSR was a totalitarian adversary that supported revolutionary forces across the globe, and its official ideology aggressively described its social system as the destiny of the human race. Historians have endlessly debated the Soviets’ actual strategic intentions, and the question of which side bore more responsibility for the Cold War, but no one can doubt that the Soviet Union had the ability to pose a real conventional military threat.