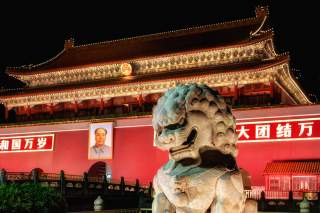 This complex set of economic interests is now multiplied in state after state. In turn, even as trade competition with China mushrooms among the established players, it is creating at least some new interest groups, warier of economic confrontation between Beijing and Washington.

Similarly, as China deploys, on a massive scale, commercial technologies, with which medium-sized U.S. firms have a competitive advantage, exports to China will be integral to the growth strategies of midcap firms, not just the large U.S. multinationals that have dominated U.S.-China economic relations to date.

A FINAL trend involves growing constraints on U.S. foreign- and economic-policy activism. Sadly, these may handicap the United States in Asia just as Washington needs greater leverage to balance the rise of Chinese power.

The United States needs new military and economic tools to bolster its footprint. Yet polls consistently show that the public has grown wearier of such engagement. The 2016 presidential campaign, where both major-party nominees came out against the TPP, demonstrated that traditional tools, such as large-scale trade deals, are under intense pressure.

The good news is that the Trump administration and congressional leaders seem likely to end the defense-budget sequester and pursue tax, fiscal and competitiveness reforms that would strengthen the U.S. hand in Asia. Though TPP is now dead, bilateral trade deals apparently remain on the table.

Still, the need for major new naval- and force-projection investments, as well as an overhaul of U.S. economic and competitiveness policies, will be no simple task for the president and Congress.

In sum, the United States must make its China policy in the period ahead amid rapidly changing conditions in Asia and with a more constrained set of tools for strategic and economic statecraft.

AGAINST THIS backdrop, the new president and his administration must meet some specific challenges with China. For one, it has long been presumed that economic integration between the two countries would mitigate security competition. Yet to put it bluntly, that does not seem to be happening, and, if anything, military tensions and competition are actually intensifying. The region’s story now resembles a “Tale of Two Asias,” with economics and security colliding, not running in parallel—the U.S.-China relationship is a microcosm of this debilitating dynamic.

Indeed, the United States and China have never been so economically integrated. Two-way trade now exceeds $600 billion. China is America’s fastest-growing export market; and in agriculture, for instance, exports to China have grown 200 percent over the past decade, reaching $20.2 billion in U.S. farm and food exports in 2015.

But despite this deepening integration, security tensions have escalated, with the risks of military conflict now more real than at perhaps any time since the 1950s.

At the simplest level, the problem involves choices and policies in the South China Sea, cyber-related tensions and so on. It also touches China’s deteriorating relationships with three of America’s five Pacific allies—Japan, South Korea and Australia. Where Beijing has sought to firewall U.S.-China relations from, say, China-Japan relations, its pressure on American allies is bleeding into relations with Washington too.

And yet a deeper problem exacerbates these day-to-day security tensions: Washington and Beijing have developed clashing security concepts in Asia. As a result, they are talking past each other about what has caused tension in the region, finger pointing at one another, and pursuing contradictory approaches.

This has reduced the two sides to trying to avoid accidents and minimize escalation risk, while fatalistically accepting the sharpening of competition. Just take the South China Sea: Beijing asserts its national maritime rights and interests, while Washington talks mostly about international norms, rules and law. The two governments disagree, fundamentally, on how to interpret some important aspects of international law. And the United States perceives that China acts as if its interests trump international law. With such irreconcilable views, the two sides are talking past each other, as the sea becomes the locus of a full-contact spat between Washington and Beijing.

For Washington, this will require a series of systematic approaches in the near term: in the South China Sea, firm adherence to principles of international law; a willingness to operate its fleet and aircraft where the law permits; maintenance (or new building) of a naval capacity to so operate; routine but discreet, as opposed to erratic yet showy, freedom-of-navigation operations, directed at sending consistent messages to China and its neighbors rather than public relations; assistance to allies and partners with domain awareness; and a continuing effort with Beijing to mitigate the risk of accidents.

It will also require substantial diplomatic effort, for instance, by encouraging the non-China claimants in Southeast Asia to settle their claims with one another, in part to strengthen their collective hand with Beijing.

Security competition with China will be a fact of life for the new president. It cannot simply be wished away. But Washington also needs to be more vigilant about distinguishing its vital interests from those that are more peripheral—and this will be particularly true as it manages diverse security partnerships around Asia.

Of course, the economic relationship will not be so easy either, and not just because President-elect Trump promises a toughened policy. China and the United States have become centerpieces in wider strategic and economic debates that will play out, ultimately, in each side’s domestic politics and are bigger than bilateral relations per se. In the United States, these include the future of American manufacturing, competitiveness and innovation. In China, they include the pace and scope of economic rebalancing, and whether (and when) to knuckle under to international pressure on China’s industrial, regulatory and currency policies.

Put simply, while the United States and China are interdependent, a growing number of stakeholders on both sides find that reality thoroughly disquieting.

Chinese industrial policy starkly illustrates this: while some Americans, including Trump, have continued to emphasize China’s currency policies, that issue is fading as Beijing has sustained a gradual appreciation of the yuan. Instead, China’s industrial policies will rise to the fore, especially its use of regulatory tools to restrict foreign competition and support the growth of Chinese national champion firms, both state-owned and private. And those tensions will be tougher still because they strike at the core of each country’s economic competitiveness.

China’s ability to compete with U.S. firms has improved faster in some areas than many had anticipated. From high-speed rail to nuclear power plants, China’s capacity to digest foreign technology, reengineer it to Chinese specifications and then produce (but as a lower-cost competitor) has unnerved a host of foreign companies, who now question the wisdom of transferring technology to China. The underlying fear is that if China can quickly produce substitutable (but cheaper) products, then foreign firms will be marginalized.

Even with a tougher U.S. posture, it will be difficult to coordinate actions and responses, as the complexities of this Chinese challenge vary across sectors and affect distinct firms differently.

The good news is that while economic integration has not alleviated U.S.-China security competition, the economic relationship, although contentious, is changing from the heavily trade-dominated relationship that was the focus of Trump’s campaign to one that also includes substantial direct investment.

Unlike trade, which involves buying and selling at the border, or bond holdings, which can be bought or sold through a quick paper transaction, direct investments involve people, plants and other assets. They are, in that sense, a vote of confidence in another country’s economic system since they take time both to establish and unwind. And they create more direct ties between two economies.

The growing role of investment, then, will give the two sides another bite at the apple—a chance to test if a more direct form of economic linkage, especially if it creates jobs in the United States, can build a more enduring foundation.

The U.S. debate about investment is likely to grow contentious, in part, because some sectors in the United States that are open to Chinese firms are not open in a reciprocal way to American investment there. This is fueling debates about a need for greater reciprocity. Moreover, the murky governance of China’s state-owned enterprises makes their acquisition of publicly traded U.S. companies both sensitive and, in some cases, deeply problematic.

What is needed is a serious process that shifts the U.S. emphasis from defense to offense—from reactively lawyering specific trade cases and debating this-or-that tariff to a systematic and proactive effort to align with Chinese economic reformers who can promote change within, and extract concessions from, their system.

In recent years, Washington has used negotiations over a potential bilateral investment treaty (BIT) as precisely such a lever to open up closed sectors of the Chinese economy. A BIT remains a useful tool but, with the Senate unlikely to approve a treaty, a more realistic step in the administration’s first months would be to begin an intensive bilateral negotiation process that offers more in exchange for real reform and opening, but would exact real consequences for a failure to move.

In that way, punishments and consequences would be a function of failed negotiation, not just of unilateral action. It would establish a firmer footing for bargaining between the two governments. And Washington could logically focus such an effort on market access in sectors where the United States is most competitive—for instance, services, healthcare and technology. Chinese economic reformers do not always welcome foreign competition, but they do certainly understand the importance of competition in the economy generally. And this is especially important because some reforms are being rolled back or are proceeding too slowly. Put bluntly, statism is advancing in too many areas of China’s economy. By using a negotiation to link market access to competition policy, U.S. negotiators could help invest Chinese reformers in a renewed push to foster it. Ultimately, more competition would benefit Chinese private-sector firms, help reformers break down state-led oligopolies, expose state firms to the discipline of the market, help make the market “decisive” in China’s economy (a goal the Chinese Communist Party itself set at a November 2013 plenum) and, ultimately, benefit both countries.