This Is Not the Iran Regime Strategy You're Looking For 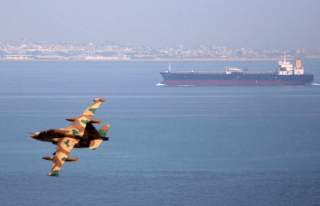 Trump’s withdrawal from the Iran nuclear deal has raised fears that the United States is rushing toward another major war in the Middle East. Many believe that, for better or worse, the U.S. president is now pursuing regime change in Iran. The supporters of the JCPOA lament these recent developments, while neoconservatives applaud Trump’s approach. Both, however, get Trump’s Iran policy wrong. The U.S. president does not want regime change; he wants change in Iran’s behavior. John Bolton and Mike Pompeo, two major regime-change advocates in his administration notwithstanding, Trump’s end-game is a negotiated settlement, not the forcible overthrow of the Islamic Republic.

Since its early days, the Trump administration has ratcheted up pressure on Iran. In his very first public statement in February 2017, Michael Flynn, Trump’s first national security adviser, announced that the administration had put Iran on notice for its involvement in Yemen. Both in May and in September 2017, Trump renewed Iran sanctions waivers, but repeatedly railed against the Iran nuclear deal, calling it the “worst deal ever” made. In October, the U.S. president decertified the deal, allowing Congress to reimpose nuclear-related sanctions. Then, on May 8, after intense negotiations with France, Germany, and the United Kingdom, Trump finally pulled the United States out of the deal.

Many observers see these measures as a clear sign that Trump wants to overthrow the Iranian regime. If Trump was really concerned with Iran’s nuclear program, they argue, then he would have kept the United States committed to the JCPOA. If concerned with Iran’s malign behavior in the region, he would then have worked towards building an international coalition to address Iran’s other problematic activities, i.e. its ballistic-missiles program and the support for proxies in Lebanon, Syria, Iraq and Yemen. To these observers, Mike Pompeo’s aggressive speech on May 21 is the final proof that the Trump administration is bent on changing the Iranian regime.

These views misunderstand Trump’s foreign-policy instincts and his preferred modus operandi. While war has become more likely between Iran and the United States, Trump is far from adopting a regime-change policy towards the Islamic Republic. For one, to Trump, regime types do not matter in interstate relations. Be it in interactions with democracies or dictatorships, Trump does not shy away from confrontation if he thinks U.S. national interests are threatened. Go ask Merkel or Trudeau.

Trump might not be “least racist person” there is, but evidence suggests that he is the least “internally focused” U.S. president in recent times. Perhaps a textbook example of realist thinking, Trump sees threats emanating from the behavior of states, not from their domestic complexion. As such, in Trump’s world, forcible regime change is an inadequate instrument on the menu of foreign-policy options. If the behavior of the Iranian regime does not strictly follow from its authority structures, then why would overthrowing the Mullahs solve the long list of grievances between the United States and the Iranian leadership?

Recent history shows that regime change becomes a go-to foreign-policy instrument when U.S. presidents regard an adversarial regime as essentially irredeemable. Compare Trump’s approach to the George W. Bush administration’s dealings with Iraq in the run up to the 2003 invasion of Iraq. In Bush’s eyes, Saddam Hussein had gone beyond the pale. Once Bush had set his mind on overthrowing the Ba’athist regime, there was nothing the Iraqi dictator could do to avert regime change. Even a voluntary exit would have not been enough to assuage Bush’s drive to invade the country. Therefore, the Bush administration did not offer negotiations to Saddam Hussein, let alone a grand bargain that would have kept the Iraqi leadership in power.

True, many have pointed out that regime change in Iran does not mean the United States needs to “invade the country . . . and occupy it with 150,000 heavy mechanized troops.” Yet, more limited alternatives like airstrikes, which Trump has used against the Syrian regime, might dismantle or delay the Iranian nuclear program, but they will hardly cause the destruction of the Islamic Republic. What is more, although much has been said about John Bolton’s appointment as Trump’s new national security adviser and the seeming marginalization of Jim Mattis, Trump calls the shots when it comes to major foreign-policy decisions, and has a record of firing people who disagree with him. Just ask Steve Bannon, Rex Tillerson, Bolton’s predecessor, or Bolton himself, who has admitted to it, despite his embrace of regime change.

Trump has no love for the Islamic Republic. Tweets of solidarity with the Iranian people, however, do not amount to a regime-change strategy. Although U.S.-Iran relations have entered a rocky phase after the U.S. withdrawal from the JCPOA, Trump’s penchant for making deals and his disdain for prolonged military campaigns in the Middle East raise doubts about the U.S. president’s willingness to pursue regime change in Iran.

Payam Ghalehdar is a Postdoctoral Research Fellow with the International Security Program at Harvard Kennedy School’s Belfer Center for Science and International Affairs.

Image: An Iranian military fighter plane flies past an oil tanker during naval manoeuvres in the Gulf and Sea of Oman April 5, 2006. REUTERS/Fars News/File Photo