This Is Not the Start of a Russia-Turkey World War 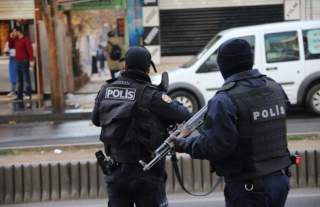 In 1618, as sectarian tensions heightened in Europe, the Bohemian Catholic King Ferdinand of Styria sent four ambassadors to meet with local Protestants. Their negotiations took a slightly less than diplomatic turn when two of the representatives and their secretary were thrown out a window and fell seventy feet, the second of the so-called Defenestrations of Prague. Though all three somehow survived, the assassination attempt helped spark the Thirty Years’ War, the bloodiest conflict in European history until the twentieth century.

Fortunately, yesterday’s actual assassination of the Russian ambassador to Turkey, who was gunned down by a Turkish police officer shouting “Allahu Akbar” and “Don’t forget Aleppo,” is unlikely to start a world war. You wouldn’t know that from the fainting couches on social media, where the calculus was as follows: Turkey is a NATO member, Russia opposes NATO—ergo, stir for blood. The assassination of an ambassador is a jarring event, a geopolitical cardinal sin that must be taken seriously. Russia will be compelled to respond. But a war with Turkey? East versus West? Let’s not go crazy.

As David Frum pointed out yesterday, assassinations don’t start wars; they provide excuses for countries to start wars. And in this case, it is in neither Turkey’s nor Russia’s interests to fight with each other. The tension between the two nations that thickened after Turkey shot down a Russian warplane near the Syrian border late last year has largely subsided. Turkey, bogged down internally after this past summer’s coup, has slackened its support for rebels in Syria and turned its attention to squashing internal threats, most visibly the Kurds, whose desired Kurdistan state it’s determined to stop. This suits Moscow, which is less fixated on Kurdish aspirations than crushing the Syrian opposition to Bashar al-Assad.

So Syria as a flash point between the two nations has been largely extinguished. But there’s an even grander game of geopolitical chess being played here, one that’s maneuvered Turkey and Russia to the same side of the board with astonishing alacrity. Following the attempted putsch, Turkey’s Recep Tayyip Erdoğan became not only far more authoritarian but far more skeptical of Western power, which he views as suicidally wedded to democracy and querulous towards his crackdown on his people. The United States’ continued sheltering of cleric Fethullah Gülen, who Erdogan blames for the coup, has cemented this hostility.

This has turned Erdogan’s gaze east, to the point that he’s even floated the possibility of Turkey’s joining the Shanghai Five, a Eurasian conglomerate of nations that includes Russia and China. It’s also led him to sharpen the swords of his European Union negotiators. Turkey’s seemingly interminable accession talks with the EU, supported enthusiastically by former president George W. Bush and foiled repeatedly by Cyprus, have hit their rockiest straits yet, as the Europeans condemn Erdogan’s post-coup brutality and Erdogan threatens to unleash refugees if the Turks don’t obtain visa-free travel rights in Europe. Last month, the EU parliament voted to suspend negotiations altogether, a move that will only send Turkey deeper into Moscow’s gravitational pull.

Putin, who takes puckish delight in needling the West, is salivating over all this. Geopolitically, he’s got the second most militarily powerful NATO member, positioned at the gateway between Europe and the Middle East, saber-rattling with the EU. Ideologically, Erdogan’s recent adoption of Turkish-flavored Putinism is an ideal repudiation of the allegedly democratic bloc next door. Immersed in a high-stakes game with the West, Putin sees Erdogan as a valuable chip on his table. Forget the tensions over mere Syria; Russia is getting its way there anyway, and there are bigger fish to fry.

The target of Putin’s wrath will be the Sunni opposition in Syria, which he’s already pulverized in Aleppo and will likely now try to smoke out in Idlib, a hornet’s nest of jihadists; his and Assad’s claim to be fighting “terrorists” fits well there. Turkey may have to give some ground, capitulating on protections for the rebellion and accepting the presence of Hezbollah in Syria, but in return it may benefit from something better in the long term, a more durable partnership with Russia, forged out of mutual security needs and antagonism towards the West. Earlier today, the two nations announced an accord in favor of a Syrian cease-fire and a tougher approach to terrorism. Iran was included in the agreement, which is certain to have the Gulf States and the United States on tenterhooks.

So, no, Archduke Franz Ferdinand was not just assassinated, and the windows above Prague remain mercifully intact. But that doesn’t mean tensions aren’t about to escalate either.

Matt Purple is the Deputy Editor for Rare Politics. Before, he was the assistant managing editor of the American Spectator. His work has appeared in National Review, The National Interest, The Washington Times, The Daily Caller and Townhall.com. He lives in Washington, DC. Follow him on Twitter @MattPurple.