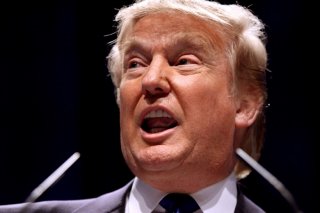 Donald Trump and his left-wing Democratic allies have mounted a combined arms assault against George W. Bush. Trump, the real estate mogul and certified bully, together with self-styled "progressives," has challenged Bush's leadership and laid the blame for the events of 9/11 at the former president's doorstep. Leave aside the nastiness of the attack on a man who spent the remaining seven years of his presidency seeking to prevent what remains an ongoing threat to the safety and security of Americans both at home and abroad. At bottom, the question is whether Mr. Trump and his newfound allies could have done any better either before or after that September tragedy.

Those who attack Mr. Bush for somehow failing to anticipate the attack need not be reminded of Franklin Roosevelt's failure to anticipate Pearl Harbor nearly three-quarters of a century ago. There is the far more recent case of the first attack on the Twin Towers, which took place on February 26, 1993, a month after Bill Clinton was sworn in as president of the United States. The terrorists, who were linked to Khalid Sheikh Mohammed, who would later achieve notoriety as leader of an Iraqi terror group that was a forerunner of the Islamic State, failed to destroy the World Trade Center. Nevertheless, ten people were killed and over a thousand wounded. The administration did nothing in response.

Five years later, terrorists struck at the American embassies in Kenya and Tanzania. The Clinton administration determined that the attack was carried out by a previously little-known organization named Al Qaeda, whose operatives trained in Afghanistan and which also received support from Sudan. The administration's response was hardly a show of force. It amounted to the firing of a few cruise missiles at a chemical plant in Sudan, which it claimed produced chemical weapons. That claim ultimately proved to be false.

When terrorists attacked the World Trade Center and the Pentagon on 9/11, I happened to be with our forces in Germany. Other senior DOD leaders were also on overseas missions. We met in Britain on September 12 and flew back to the Pentagon in time for a 6:00 pm meeting with the President. Mr. Bush was not in a conciliatory mood. Unlike his predecessor or, for that matter, his successor, he was not in the least bit hesitant about launching an attack at the source of the operation, namely Afghanistan, whose Taliban government hosted and protected the Al Qaeda organization and its leadership.

The President would certainly demand that Afghanistan give up the terrorist leaders, but was under no illusions that it would do so. And if they didn't, it was clear that he was ready to go to war. As he told us, with his eyes narrowing and his voice cold, "If a farmer won't kill the rattlesnakes on his property, his neighbors will do it for him."

The President had to do more than just order his forces to be prepared to go to war. He had to win the support of Congress. He had to reassure the American people that they would continue to live in safety. And he had to ensure that Americans would indeed be able to continue with their lives without fearing another sudden bloody terrorist attack.

Mr. Bush accomplished all of his objectives. Congress, with a tiny handful of objectors, fully supported a major supplemental appropriation that provided the government with the initial funds to recover from the tragedy, and the monies the DOD needed to prosecute the first phases of what came to be called Operation Enduring Freedom. The President reassured the American people and began the process of tightening domestic security that to this day has prevented another terrorist attack on American soil, even as such attacks have since taken place in Britain, Spain, France, India and Israel, among others. In other words, Mr. Bush demonstrated the kind of leadership that is a far cry from Mr. Trump's staged decisiveness on "The Apprentice."

In slurring a President who dealt heroically with a real-world attack on America, Donald Trump demonstrated conclusively that his talents are far more suited to being a leading celebrity on reality TV than to demands of leading the most powerful nation on earth.

Dov S. Zakheim was Under Secretary of Defense, 2001-2004, and a senior foreign policy adviser to Governor George W. Bush during the 2000 presidential election campaign.