Nothing New: Why the 'Revolution' in Military Affairs Is the Same as the Old One 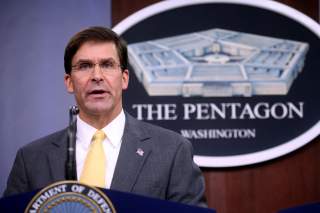 Through this lens, it is much easier to envisage the impact technology will have on warfare. Various features of the character of warfare will shift and adjust as new, viable, weapons are incorporated into the system. The fundamental nature of war, however, will not be uprooted by these new tools since they will come with both strengths and weaknesses.

The U.S. military certainly needs to adapt and innovate in response to these new weapons, but that’s not the same as requiring a revolutionary restructuring of every aspect of how they train, organize, and fight. New weapons can be deployed from upgraded, existing platforms. Carriers can still be used for force projection against adversaries that are not rich and sophisticated. The Army can continue its plan of incremental updates to, and replacements of, existing platforms. Alexander the Great would find the current insurgency in Afghanistan very familiar. World War I generals from 1918 would not be unfamiliar with the conduct of operations in the Gulf Wars. The tools of war will continue to evolve, as they always have, but a revolution is not upon us.

Adam Wunische is a Ph.D. candidate at Boston College and a U.S. Army veteran of Afghanistan. Previously he was a consulting analyst for the International Institute for Strategic Studies and a Fellow at the Clough Center for Constitutional Democracy.