Now Is Not the Time for Minimal Nuclear Deterrence 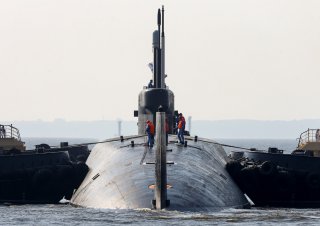 Numerous plans put forward by disarmament groups such as the George Washington University National Security Archive, Global Zero, and the Ploughshares Fund proposes that the United States reduce its deployed nuclear forces from 1,350 warheads to fewer than 1,000, potentially down to as low as 200-300. Yet to reach those numbers, the United States would have to unilaterally cut its nuclear forces—since Russia and China have shown no interest in joining any arms control agreement at those levels—which has been a staple of the disarmament community agenda for years.

However, unilateral U.S. reductions make little sense as Russia already has 2,000 more warheads than the United States—with a hedging capacity to build thousands more. This imbalance is a fact of life despite the 2010 New START Treaty assuming that the United States and Russia would maintain nuclear parity in long-range, strategic deployed weapons.

But disarmament groups have not been deterred by Russia’s superior nuclear numbers. Today, advocates, including some members of Congress, want to reduce the U.S. warhead stockpile below the levels allowed by New START by any means necessary. And to justify unilateral cuts, disarmament groups are pushing for the Biden administration’s Nuclear Posture Review to adopt a new deterrent policy that significantly diminishes the role of nuclear weapons in U.S. security policy.

A new October policy brief by the George Washington University (GWU) National Security Archive has collected all the arguments in favor of such low numbers. In addition, the archive explicitly calls on the United States to jettison sixty years of deterrent strategy and officially adopt a “minimum deterrent” strategy that mirrors the very strategy China had adopted decades ago. A “minimum deterrent” is defined as a very small force, of roughly 200-300 warheads, designed for retaliatory purposes only, and not capable of taking out the other country’s weapons but only burning down its cities.

The irony is that just as the disarmament community in the United States is pushing the administration to adopt a minimum deterrent strategy, China’s deterrent strategy is markedly changing as are the deployments of Chinese nuclear weapons.

As has been detailed by Admiral Charles Richard, commander of United States Strategic Command, the Chinese are building some 350 new intercontinental ballistic missile (ICBM) silos in four new missile fields. The silos are 10 feet in diameter and laid out 2 kilometers apart, easily accommodating the DF-41 giant Chinese missile that can each carry ten nuclear warheads.

In calling for a “minimum deterrent,” disarmament advocates are asking the United States to adopt what is sometimes referenced as a “city busting” targeting plan—which would be against the laws of war and immoral, as it would result in the killing of hundreds of thousands of people who have no say in whether their country should or should not go to war. Moreover, destroying such cities will probably have no impact on the course of any conflict as totalitarian leaders care little about their own people. Instead, they are only concerned with maintaining and expanding their political power through the exercise of military force, which is exactly why U.S. deterrent strategy since the Kennedy administration has sought to hold adversarial military assets at risk rather than enemy cities.

The GWU brief, however, justifies its support for such an immoral policy dredging up multiple Navy and intelligence briefings from the Eisenhower and Kennedy eras that called for the deployment of just such a minimal force, made up of submarines with roughly 250 missiles each with one warhead.

This “minimal deterrent” plan envisions the United States giving up its ICBM and nuclear bomber force, thereby placing the onus for nuclear deterrence on Navy submarines alone— allegedly improving stability and saving money. To the Navy, bombers and ICBMs were both seen as vulnerable to attack—thus necessitating a requirement to be quickly launched in order to survive a sudden attack in a crisis.

However, the Navy did not mention at the time that its Polaris submarine-based missile was not accurate enough to hold Soviet missile silos at risk, a job that the U.S. Air Force ICBMs was tasked with, especially given that land-based missiles made up the bulk of Soviet strategic nuclear forces. How convenient for the Navy to argue for a city-busting role for the U.S. deterrent as accuracy was not a key requirement and thus the Navy could do the job!

Proposals calling for this “minimum” posture would adopt the old Chinese minimal deterrent strategy that has historically so impressed many disarmament folks. China has repeatedly been praised for adopting such a minimalist strategy, to where its nuclear forces were considered relatively benign and did not pose a coercive threat to the United States. And as part of a minimalist retaliatory policy, China was assumed to have also adopted nice ideas like a “no first use” of nuclear weapons in its national security and defense strategy.

But most worrisome would be the impact on U.S. allies. Over thirty nations in Europe and Asia are dependent upon U.S. extended nuclear deterrent for their security. The current and planned U.S. force structure under the bipartisan nuclear modernization program begun in 2010 is to enable the United States to defend itself from nuclear attack and to also deter attacks on U.S. allies. Suddenly adopting a sharply lower nuclear force structure, especially at a time when both Russia and China are engaging in major nuclear modernization, would seriously undermine U.S. alliances, and push U.S. allies to either build their own nuclear forces or accede to Russian and Chinese coercive political demands.

Even more worrisome is that many disarmament advocates have also been very slow to acknowledge the current huge China buildup. Some disarmament advocates assumed the new 350 silos being built in China were really for windfarms but not missiles! Others concede some modest build-up and have reclassified China’s deterrent strategy as “medium,” not minimalist, but still nothing to worry about.

In fact, China may actually be building sufficient nuclear weapons to have a strategic nuclear triad consisting of many multiple thousands of warheads that surpasses both the United States and Russia in deployed weapons. Estimates are that China’s emerging nuclear forces could be completed within two to four years, surpassing the current level of U.S. deployed nuclear forces by 266 percent.

On top of this, China just tested a nuclear-capable hypersonic missile, capable of circling the earth and launching a surprise nuclear strike anywhere in the United States—a capability that is highly difficult to anticipate, track, or intercept.

Mike Pillsbury warned in The Hundred-Year Marathon of China’s plan to replace the United States as the world’s greatest military and economic power by 2049. If the disarmament community gets its way, China will achieve its goal this decade—one-quarter of a century ahead of schedule. Not only will millions of U.S. manufacturing jobs have been lost in the process, but the reliable and credible U.S. nuclear deterrent, which was built over many decades, will disappear and never recover.